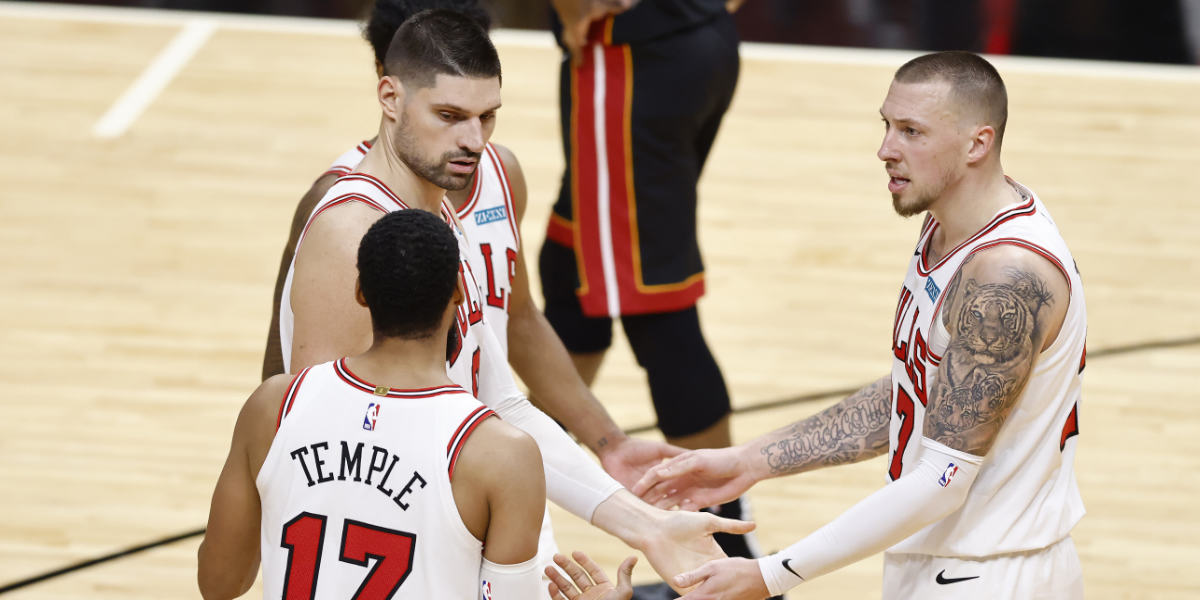 •   You can pretty much pick any day in the 90s from late April to the second week of June, and the chance that Michael Jordan did something amazing on that day is pretty damn high (*This does not include the 1993-94 season … unless you’re a massive fan of White Sox Michael Jordan*).

•   The Last Dance touched on this decently well, but the Bulls rings remind us of how important it is to have a stellar supporting cast. While Jordan and Pippen were the ones to carry a bulk of the laundry, guys like Steve Kerr, Toni Kukoc, Ron Harper, and *gulp* John Paxson were always there to pick up the fallen sock. Basketball will forever be a team game, and every man that is on the court in the game’s biggest moment has to be trusted to put the ball through the basket. In practically every Finals we find an unsung hero: Sam Cassell, Robert Horry, Rip Hamilton, Derek Fisher, Andre Iguodala, Jason Terry, Danny Green, Kentavious Caldwell-Pope … the list goes on and on.

•   Depth is what makes the current Finals frontrunners so scary. The Brooklyn Nets might be anchored by three generational talents, but to have experienced guys like Joe Harris, Bruce Brown, Blake Griffin, and Jeff Green looming in the background gives them an even more convincing edge. Meanwhile, the Phoenix Suns have names like Jae Crowder, Mikal Bridges, and Cameron Johnson, all players that have shown zero fear in under the spotlight. So while locking down top talent is the first step in building a contender, rounding out the roster is a pivotal offseason process, and it’s one we will see the Bulls put a lot of time and effort into over the coming months.

•   Finding a true facilitator is No. 1 on the to-do list, but improving wing depth, defensive versatility, and all-around physicality is key for the Bulls to take the next step. The acquisition of players like Troy Brown Jr., Daniel Theis, and Javonte Green at the trade deadline demonstrated the kind of talent this front office covets: Hardworking and lengthy two-way players. Speaking of which, will the Bulls look to re-sign Theis and Green or look for even better names? Rather than go into it all right now, I’ll dedicate a full post soon to the possible role players we could see the Bulls try to add in free agency, particularly those who would be considered on the cheaper side.

•   Here is a question for ya: If your fair godmother magically turned them into true contenders, who would you want to see the Bulls play in the Eastern Conference Finals or Finals? In my opinion, a Bulls-Bucks Eastern Conference matchup would be a sight to see. The two teams have struggled to cross paths competitively in the past, and that has eliminated any sense of a real rivalry. Seeing them meet for a shot at the Finals would surely ignite some fun vibes. My other choice might be the Miami Heat. Considering the history, beating Jimmy Butler on that stage would feel like a full-circle comeback for the Bulls.

•   As for the Finals: Give me LeBron. I might just ascened into the great beyond if the Bulls beat LeBron in the Finals.

The Clippers take a 26 point victory vs. the Jazz in Game 3.

•   This is a pretty exciting list for the Trail Blazers. Lost of fresh names that should do a good job if given the chance.