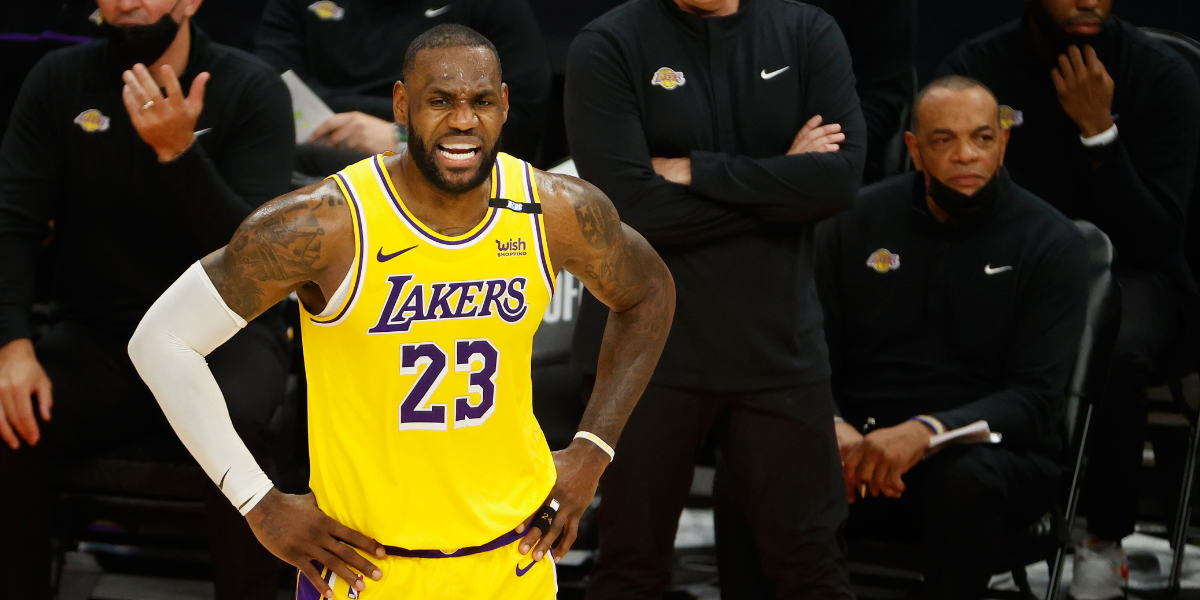 A freight train full of NBA news came plowing through our social media feeds on Wednesday, and LeBron James just picked up his shovel to add some more charcoal.

The 2021 All-NBA second-teamer went on a big rant about the NBA’s condensed schedule on Twitter. James claimed that nobody listened to him about the potential injury issues a shortened season could cause before the 2020-21 campaign tipped-off. He also apologized to NBA fans for the injury-riddled playoffs, which were heightened today by the news of a reported ACL injury to Kawhi Leonard.

RIM REST rest before starting back up. 8, possibly 9 ALL-STARS has missed Playoff games(most in league history). This is the best time of the year for our league and fans but missing a ton of our fav players. It’s insane. If there’s one person that know about the body and how it

And I know all about the business side too/factors so don’t even try me! I get it.

All things considered, James has a point. We saw a massive wave of injuries during the regular season, and it has only picked up steam during the playoffs. James Harden, Kyrie Irving, Kawhi Leonard, Donovan Mitchell, Chris Paul, Anthony Davis, Mike Conley, and Joel Embiid are all players who have suffered injuries that have caused them to miss at least one playoff come. As ESPN’s Malika Andrews points out, Leonard’s missed game on Wednesday night against the Jazz will mark the 8th different All-Star to miss a playoff game this season, which is the most in league history.

ESPN also released a report on the sheer number of non-COVID-related injuries this offseason, finding that the average number of players sidelined per game (5.1) was the highest we’ve seen since the league started tracking the data at the start of the last decade. You can read more about that here.

So, again, James has a point. The league chose to have the shortest offseason in professional sports history (72 games), and they are seeing the potential ramifications of that. At the same time, the “I told you so” commentary reads a bit hollow. James has arguably the loudest voice in the NBA. If he wanted to garner enough pushback to the December season start then it feels like he could have done so. I mean, maybe I’m wrong. Maybe Adam Silver pushed forward without a sincere a-okay from James, but that feels somewhat unlikely.

Regardless, this is only going to be an increasingly important storyline as the full offseason nears. The start of the 2021-22 season has reportedly been set for October, which means players and coaches are again in store for a shot offseason (albeit, not as short). We’ll have to see if James’ comments spark more around the NBA in the coming week and how the league office might deal with this warranted frustration.