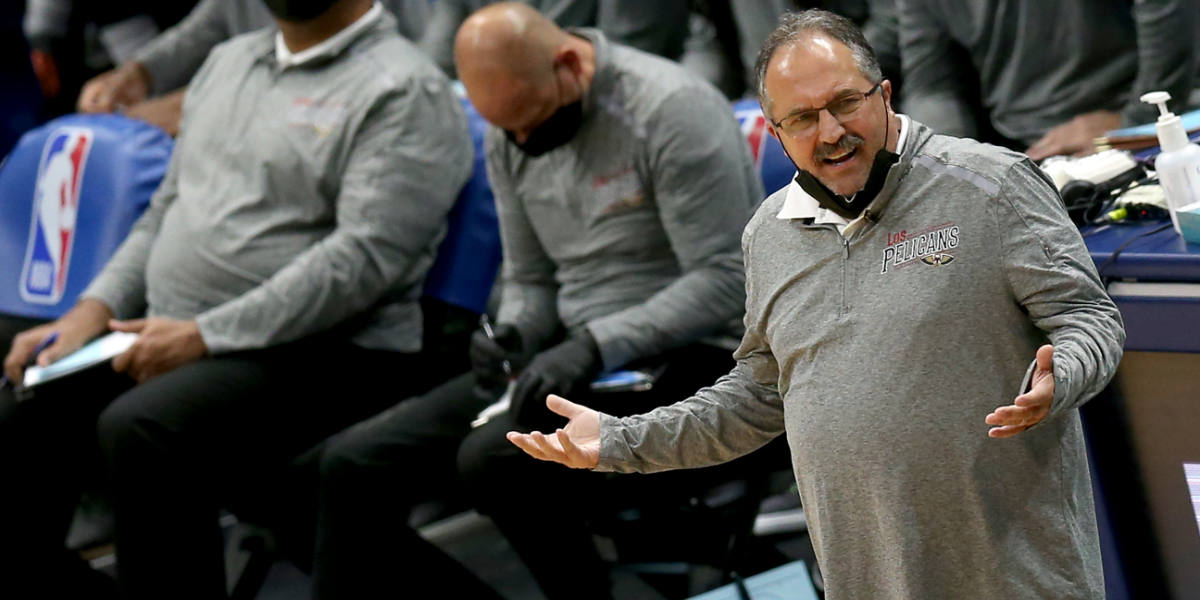 The NBA has absolutely zero chill this morning.

After news broke that Chris Paul would enter the NBA’s Health and Safety Protocols and Kawhi Leonard’s playoff availability was up in the air, we have now learned that the New Orleans Pelicans will part ways with head coach Stan Van Gundy.

Gundy lasted one season at the helm of the Pelicans, leading them to an underwhelming 31-41 campaign. The team finished right outside the play-in tournament with the No. 11 seed in the Western Conference. According to the New York Times’ Marc Stein, assistant coach Teresa Weatherspoon is considered a strong possibility to replace Van Gundy.

ESPN Sources with @_Andrew_Lopez: After one season, Stan Van Gundy is out as the New Orleans Pelicans coach.

The Pelicans join the Trail Blazers, Celtics, Pacers, and Magic in the hunt for a new head coach this summer. And with a budding superstar like Zion Williamson on the roster alongside All-Star Brandon Ingram, there could be one of the more intriguing openings on the market.

Another key player on the Pelicans roster is point guard Lonzo Ball, whom the Bulls have been heavily tied to since the trade deadline. One has to wonder if a possible coaching change could have any impact on the organization’s plans for the restricted free agent. While I would expect their willingness to move on from Ball to stay the same, I don’t think we can rule out a new head coach painting a new picture. Perhaps the new hire views Ball as an even more pivotal part of what this team can accomplish moving forward.

On the flip side, we also can not help but wonder what kind of impact this firing has on Ball. Would the instability at head coach (this will be his third HC in three seasons with the Pels) have him more eager to leave? Or will a new addition make him even more optimistic about a future in New Orleans? Regardless, he does not have much of a say in his contract situation, as the Pelicans have the ability to match any sheet thrown his way, but his desire to be there has to matter at least a little. The last thing a developing franchise needs is a sourpuss.

OPE. And in the middle of writing about one coach’s departure, it appears we have another. Woj is now reporting that the Washington Wizards and Scott Brooks have agreed to part ways after failing to reach terms on a contract extension.

A future for Brooks in Washington always felt debatable, but the Wizards’ impressive end-of-season push (along with Russell Westbrook’s support) seemed to make the possibility of him returning even more likely. He will now be an interesting candidate to follow in a pretty wide-open head coach market. Brooks may not be the sexiest name on the list, but he does provide 13-straight seasons of head coach experience (joined Wizards in 2016 after serving as head coach in OKC from 2008-2015).

Washington and coach Scott Brooks couldn't come to an agreement on a new deal and are agreeing to part ways, sources tell ESPN. Brooks' deal expired after the playoffs.