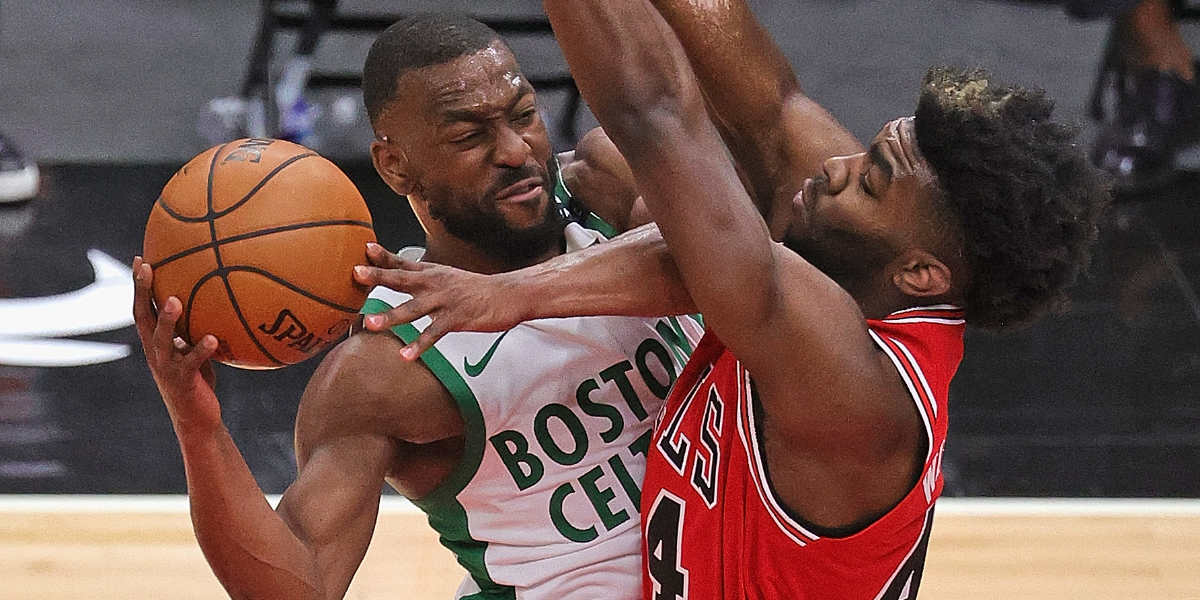 For the first time in over a year, I’ll be able to see members of the BN Crew!

Brett, Luis, Mario, and I plan to hit up the Cubs game tonight. I’m sure seeing their smiling faces will make life feel that much more normal again. I might even shed a single happy tear while sipping my overpriced beer. Can’t wait.

Come say hi if you’re around!

•   WE HAVE A TRADE. I REPEAT: WE HAVE A TRADE! ESPN’s Adrian Wojnarowski reported earlier this morning that Kemba Walker is headed to the Oklahoma City Thunder (duh, who else?). Front office leader Sam Presti has become known for stockpiling assets and taking on bad contracts in recent seasons. He has now done it again, taking on Walker’s remaining $73.6 million along with the Celtics No. 16-overall pick and a 2025 second-rounder. In exchange, the Celtics will welcome back Al Horford, add big man Moses Brown, and grab a 2023 second-rounder.

The Celtics are trading Kemba Walker, the No. 16 overall pick in the 2021 draft and a 2025 second-round draft pick to Oklahoma City for Al Horford, Moses Brown and a 2023 second-round pick, sources tell ESPN.

•   All things considered, this deal feels fine for both sides. The Celtics were not going to get much in return for Walker, and while the No. 16 pick feels like a lot to dump, this team has not had too much success in the mid-first round recently. With Brad Stevens now at the helm, he looks prepared to restock the talent around Jaylen Brown and Jayson Tatum with immediately impactful role players. Horford should provide the same kind of grounding presence in the frontcourt that he did from the 2016-17 season to the 2018-19 season. Meanwhile, Moses Brown is an intriguing young prospect to add to their big man rotation (the dude had a 21-point, 23-rebound game against Boston earlier this year *eyeball emoji*). For the Thunder, they will now have to try to pull off the same kind of flip they did with Horford and CP3. The question is whether or not they can do that immediately this summer or will try to rejuvenate Walker’s value during the regular season?

•   With the No. 16 pick in the mix, I would not have been as against a Walker acquisition for the Bulls, but I also still would not have advocated for it. Adding that salary is far too big of a risk for a team that needs to address numerous roster upgrades. With that said, the Bulls might be able to strike a deal with the Celtics elsewhere. Brad Stevens moved on from Walker so fast that it feels like more roster reconstruction could be in store. Many speculate that Marcus Smart could be the next name thrown into trade conversations, and we talked more about whether the Bulls could have interest below:

With Big Changes Coming to Boston, Is Marcus Smart a Potential Trade Target for the Bulls?https://t.co/N1ndNVLySj

•   The Thunder are getting to a point where I don’t know what they can do with all these draft picks. Like, how long do they plan to keep adding to this asset pool and flip-flopping players? At some point, you have to just start building a winning team again. The longer they wait, the more opportunity there is for a rising star like Shai Gilgeous-Alexander to potentially want to go elsewhere. Not to mention, Lu Dort is a player who is ready to impact a winning team. But, hey, if they want to stay on this track and hook the Bulls up with either player, that’s good by me!

•   Patrick Williams finally got some love! The 19-year-old earned a spot on the All-Rookie Second Team roster this season alongside Desmond Bane, Isaac Okoro, Immanuel Quickley, and Isaiah Stewart.

•   I understand the No. 4-overall pick earning second-team honors (rather than first-team) can feel a bit underwhelming, but we also have to remember Williams’ particular situation. When the Bulls selected him on draft night, there was a mutual understanding from almost everyone around the league that he was a project piece with a massively high-upside. In other words, Williams was not meant to produce right off the bat in the way that players like LaMelo Ball and Anthony Edwards did. The goal for Williams was to do, in large part, exactly what he did this season: Stay on the floor, show some flashes, and learn the game.

•   The fact Williams was able to start 71 games as a 19-year-old and look as comfortable as he did is remarkably impressive. No other rookie did that this season. In fact, as NBC Sports Chicago’s Rob Schaefer points, only 10 rookies have ever done that in league history.

He joined a list of 10 other teenagers to start 70+ games in an NBA season: pic.twitter.com/R9S9EpE8wX

•   I think this list perfectly demonstrates Billy Donovan’s thought process. While there were times it felt like Williams could add more on the offensive end in a reserve role, this level of experience in Year 1 can go a long way, especially as the Bulls look to take a big step forward next season.

Congrats to @PatrickLW4 on being named to the NBA All-Rookie Second Team! pic.twitter.com/acUFv2T1QS

•   This is a great chunk of LaVine clips. Watch it. Then, watch it again.

•   It’s about time. The 2x MVP looked the part in his performance against the Brooklyn Nets last night. Instead of settling for 3-point shots and ill-advised turnaround jumpers, Giannis Antetokounmpo stuck what he does best and bodied guys in the paint. The series now heads back to New York tied 3-3. Who ya got?

*His shortest of the playoffs pic.twitter.com/qwBDk4e0Gf