A Bulls and Spencer Dinwiddie Reunion? The Nets Fall, Draft Combine Time, and Other Bulls Bullets Skip to content 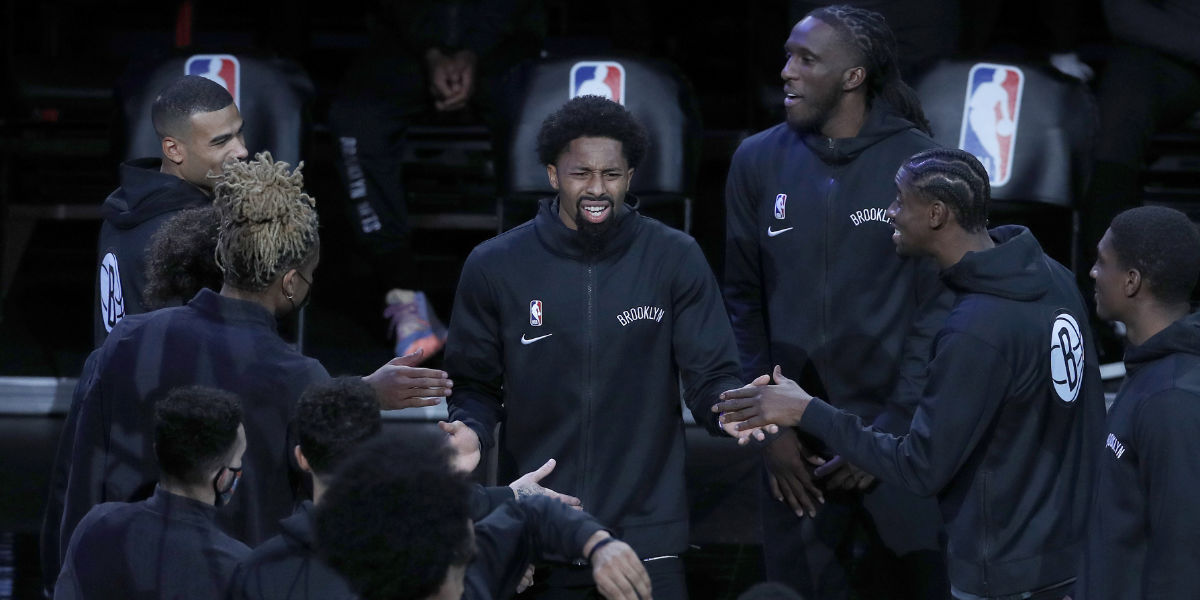 We might not all be Dads, but that doesn’t mean we all don’t catch ourselves doing Dad-like things! Ryan Nanni asked the following lovely question on Twitter this morning, and I recommend you read through the replies.

This Father's Day, it is time again to review the most Dad thing you've done in the last year. Here is mine:

Whether or not I need it, want it, or will use it, I simply have to put every sauce that comes with a food delivery in the fridge "because you never know."

While I’m not sure if this the most Dadesque thing I did in 2021, it is something I did just the other day: I packed the precise amount of Tums in a Ziploc for me and the girlfriend to have two a day on our little trip. We never used them. But, hey, you never know when the tum-tum can act up! Stay prepared!

•   Brooklyn Nets point guard – and former Windy City Bull – Spencer Dinwiddie has officially declined his $12.3 million player option for the 2021-22 season. There was some speculation that if the Nets made a deeper playoff run, Dinwiddie could make a return to the floor after rehabbing his partially torn ACL all season. However, even if he did make an appearance, it likely would have no impact on his decision to hunt a new contract this summer. After all, with guys like Kyrie Irving and James Harden on the roster, there just isn’t going to be a consistent starting job available for the 28-year-old, who has proven to be more than capable of carrying that sized workload.

As expected, Brooklyn Nets guard Spencer Dinwiddie plans to decline the $12.3M player option on his 2021-2022 contract and become an unrestricted free agent, sources tell ESPN. He has a Monday deadline. Dinwiddie missed most of the season with an ACL injury.

•   This injury (combined with a similar one in college) is a bit of a concern, but it should not be enough to keep a team like Chicago from meeting with Dinwiddie’s camp. The point guard averaged 20.6 points, 6.8 assists, and 3.5 rebounds per game in his 2019-20 season to help the Nets seal the No. 7 seed. He carries strong positional size at six-foot-five and has proven to be a more than capable facilitator. The Bulls would also love to benefit heavily from his ability to get to the free-throw line. Dinwiddie averaged a career-high 7.0 free-throw attempts last season, and over his previous two seasons, his shooting fouled percentage (which calculates the percentage of shots a player is fouled on) ranked in the 100th percentile, per Cleaning the Glass. Considering the Bulls ranked dead last in FTAs per game this season, adding a player well-equipped in that category would be a wise move.

•   Also, I’m big on the intangibles. Dinwiddie was the type of player who had to basically fight to carve out a role in the NBA. After his college ACL injury, he ended up drafted in the second round by the Detroit Pistons. Dinwiddie split time between the NBA and G-League over his first two seasons before he was traded to – yup – the Chicago Bulls. Ultimately, Dinwiddie went on to play an entire season with the G-League affiliate before the Bulls let him walk and sign with the Brooklyn Nets. Then, Dinwiddie only continued to develop into the reliable point guard we know today. By all accounts, Dinwiddie is a great teammate, and it’s hard not to be when you go through a career like that. So while he may not be the flashiest of names this offseason, he would be another player who can help build the culture Billy Donovan and the front office want to put in place.

On what Dinwiddie declining his option means to Brooklyn in the below article.

The Nets still have his bird rights and can work on a sign-and-trade that is beneficial to the player and team.

Decisions on Lowry and Schroder could have a domino effect on his market. https://t.co/xaXAZr17qS

•   Speaking of the Nets, their historic season ended last night, and I’m not quite sure I’ll ever forget that Eastern Conference Semifinal series. The performance we saw from Kevin Durant was borderline legendary. His outing in Game 5, particularly, was one of the best individual playoff performances I have ever seen.

KD first season back from a ruptured achilles:

From the most devastating injury in basketball to becoming the best player in the world just like that. pic.twitter.com/At6TqxY3TU

•   Without injuries to Kyrie Irving and James Harden, it’s highly likely the Nets are moving on to the Eastern Conference Finals. But that is also what happens in basketball. Guys go down and other guys need to step up. With that in mind, we should not shove an asterisk anywhere near this Bucks victory. They (aka Coach Bud) shot themselves in the foot several times yet still found a way to win. Giannis Antetokounmpo walked out of Game 7 with 40 points, 13 rebounds, and 5 assists. On the series, he averaged an absurd 31.9 points and 12.9 rebounds on a 57.4 percent shooting performance from the field. Khris Middleton and Jrue Holiday, while painful to watch at times, both came through when needed the most. The Bucks deserve a round of applause.

•   And so does James Harden for playing through an injury he probably should not have.

4-8-week recovery period for a Grade 2 hamstring strain. Harden came back after 10 days and played 139 of 149 possible minutes in 3 games. Pretty remarkable feat that should be praised. https://t.co/XBJgkVDOuN

•   Whether or not the Chicago Bulls keep their first-round pick on Tuesday, the front office will study up on the 2021 NBA Draft Class. The combine is set to start right in the team’s backyard today and a mix of top draft targets and interesting sleepers will be in attendance.

What to expect at NBA Combine and G League Elite Camp (which starts today). Via @Mike_Schmitz and I https://t.co/9YpeZ0T40C

Suns star Chris Paul (protocols) is out for Game 1 of the Western Conference finals vs. the Clippers.