Dreamin' About the No. 1 Pick, Adding 3-And-D, East Finals Set, and Other Bulls Bullets Skip to content 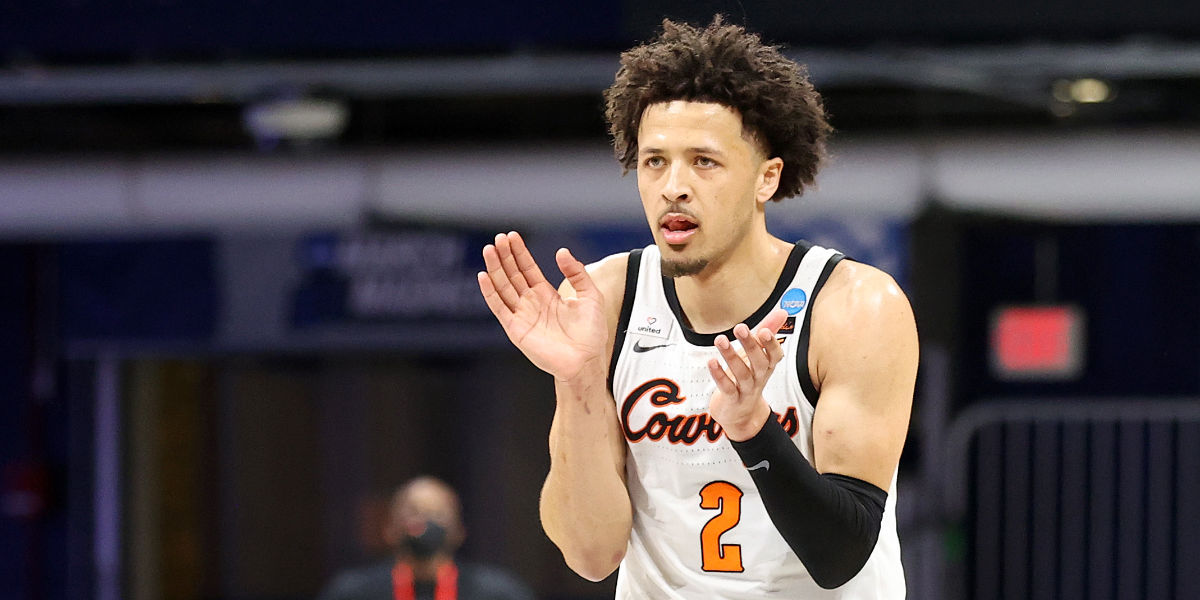 There is not much discourse on the No. 1 pick in the 2021 NBA Draft. And there shouldn’t be.

Much like what we saw with Zion Williams a few seasons ago, everyone and their mother expects Cade Cunningham to be taken off the board first on July 29th. The 19-year-old checks in with elite positional size at the point guard position, standing six-foot-eight. He shot 40 percent from the 3-point line in his one season at Oklahoma State, while averaging 1.6 steals per game on the other end. The two-way potential for Cunningham is enough to make most scouts drool onto their notepad, and the still somewhat raw nature of his game should allow him to develop rather effortlessly into any team’s current structure. The Chicago Bulls can, technically, be one of those teams.

•   Marc Eversley (who will be representing the Bulls) will have a 4.5 percent chance to land the No. 1 pick in the draft lottery tomorrow night. I’d advise absolutely no one to bet on the ping pong ball falling that heavily in the Bulls’ direction, but we also know crazier things have happened. After all, when the Bulls landed the No. 1 pick in the 2008 NBA Draft, the team only had a 1.7 percent chance. So with the occurrence even in the realm of possibility, The Athletic’s John Hollinger ranked the best landing spots for Cunningham. Hollinger writes that the Bulls are likely a playoff team in 2021-22 with Cunningham in the mix, but he also ranked Chicago as Cunningham’s 4th-worst potential landing spot. Ew.

•   Hollinger drops the Bulls further down his list because of their long-term outlook. He believes the new, unproven front office doesn’t have a strong enough foundation in place to ensure extended success with Cunningham. I get that. Arturas Karnisovas and Marc Eversley are still learning how to run an organization. Not to mention, until LaVine inks a new contract, there is always the possibility he looks to play elsewhere. With that said, and this will come as no surprise, I tend to take a bit more optimistic of an approach. At least the Bulls are in a position to succeed for the first time in quite some time, right? An addition like Cunningham should help establish that foundation and ensure LaVine’s continued commitment to the organization. Combining Cunningham’s efficient shooting and court vision, he should feel immediately comfortable alongside two elite offensive players. Then, on the defensive end, his length and size would be a huge upgrade for the Bulls’ perimeter defense.

•   Anyway, I’ll just drop some highlights below and we’ll end the Cunningham talk for now. It’s all likely a fever dream.

•   The Bulls have needed wing depth for years, and this offseason has some decent and potentially inexpensive options. Give Stephen Noh’s latest a read:

The Bulls need to add wing depth this summer. Here's my rundown of what's out there in free agency, who I like/dislike, and how gettable they are: https://t.co/E6ijrQaXqO

•   First things first, I do believe Troy Brown Jr. can help a lot next season. Not only should he be an upgrade on the defensive end, but he has a sneaky ability to get to the rim and fight through contact. What he does not provide the Bulls, however, is an efficient 3-point stroke. At just 21-years-old, there is no question it can be developed, but the Bulls should look for a more reliable 3-and D option in the open market this summer. The team did finish 13th in 3-point percentage (37.0) this season, but they were only 16th on their catch-and-shoot attempts (37.8) despite taking the 10th most in the league. We should expect to see a lot of the same next season with Vucevic in the mix. Defenses collapse onto him all the time, and the Bulls need viable shooters waiting behind the arc. We saw how much Coby White benefited from that at the end of the season, and the Bulls would be best suited to make sure whomever else they add can sink those shots.

•   FWIW: I think a guy like Reggie Bullock would be a solid signing, and Noh writes a bit more about him above. There is nothing sexy about that pickup, but he put together a hell of a year with the Knicks in 2020-21 with some physical defense and at 41.0 percent 3-ball. I do fear the price tag may be a bit too high after his successful season, but we’ll have to see how the market opens up.

•   Obviously there are many factors at play, but the Atlanta Hawks making the Eastern Conference Finals one season after winning 20 games should provide Bulls fans some hope. A lot can change in a little amount of time when the right moves are made (and the ping pong balls fall in your favor).

Doc Rivers has 29 losses with a chance to clinch a playoff series, the most losses by a head coach in NBA history. @ESPNStatsInfo pic.twitter.com/mN5mQBmQUQ

John Collins' shirt for post-game interviews has a picture of him dunking on Embiid during Game 6.