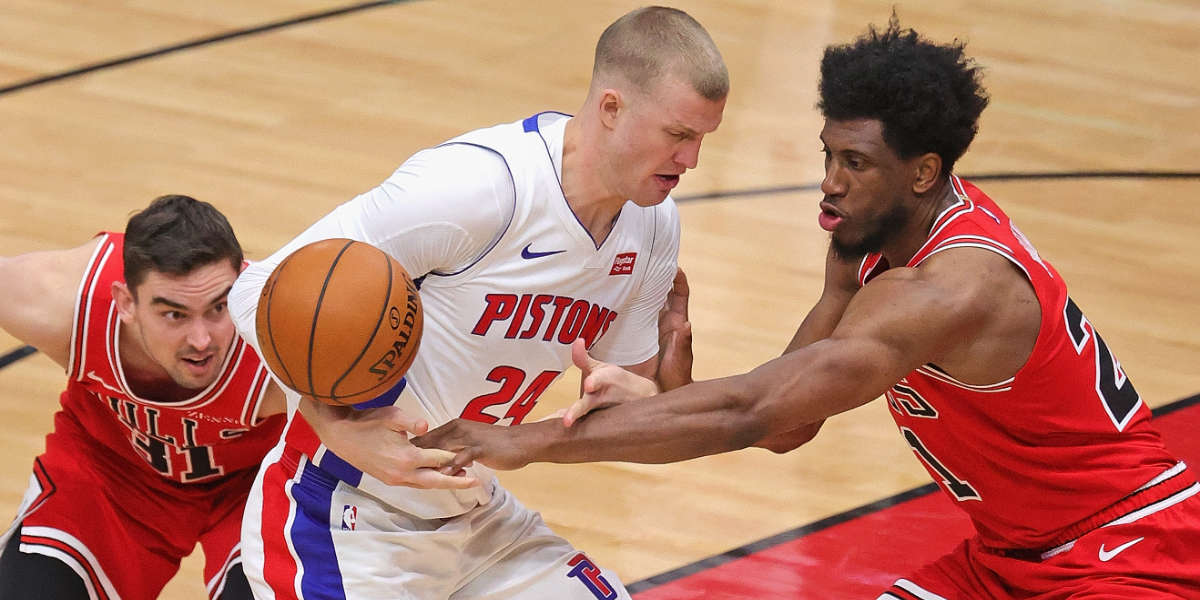 Thaddeus Young’s 14th season in the NBA was arguably his best, and on Wednesday night he got some well-deserved recognition for it.

The league announced that Young was the winner of the 2020-21 NBA Hustle Award. Created in the 2016-17 season, the award recognizes the player who best puts their team in a position to succeed by doing the little things.

Congrats to @yungsmoove21 on winning the 2020-21 NBA Hustle Award! pic.twitter.com/ki0vsIK6hn

Best teammate you could ask for too!! Congrats bro👊🏽🙏🏽

This season, the Chicago Bulls veteran carried a vital role in the rotation, averaging 12.1 points to go along with 6.2 rebounds, 4.3 assists, and 1.2 steals. His assist numbers marked a career-high, nearly doubling his previous career-high mark of 2.5 per game in the 2018-19 season.

What truly earned him the Hustle Award, however, was his impact off the box score. According to the NBA’s release, Young led the league in charges drawn among qualified players, as well as offensive loose balls recovered. He also ranked 9th in offensive box-outs, 15th in deflections, and 18th in screen assists. While all those random rankings may not feel like they mean much on the surface, they all help demonstrate what a truly powerful role player looks like. They also help explain exactly why Zach LaVine referred to Young as the MVP of the team and why Young become one the most coveted assets at the trade deadline.

I look forward to seeing Young try to reclaim his title next season! Congrats, Thadgic!