Zach LaVine Has Committed to Play For Team USA in the 2021 Tokyo Olympics! Skip to content 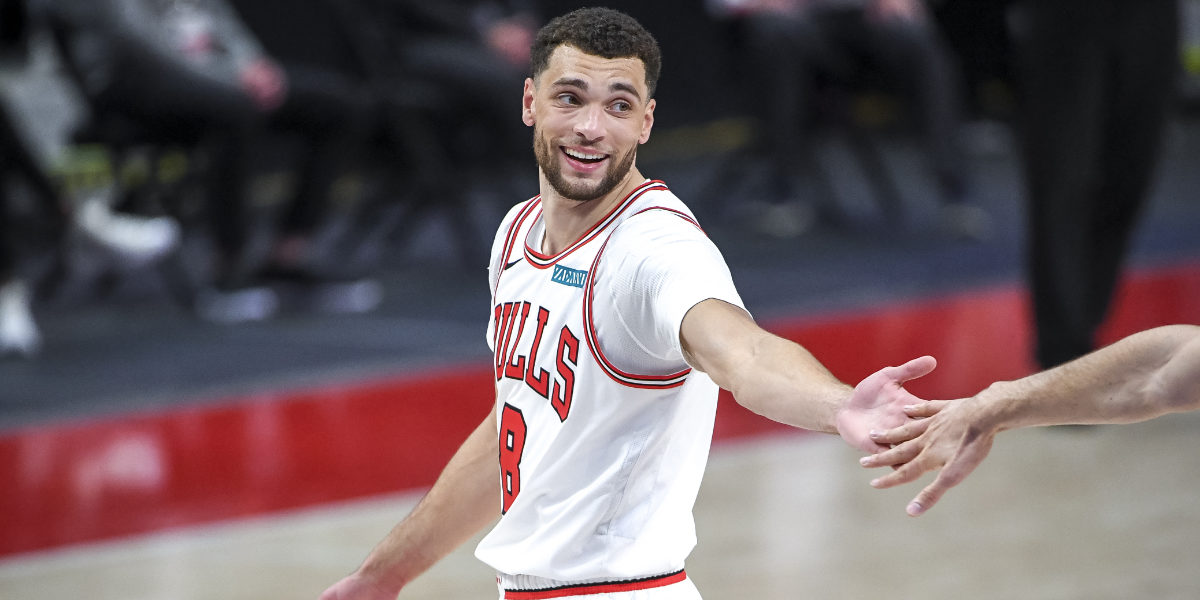 Gold Medalist Zach LaVine has a beautiful ring to it!

The Chicago Bulls All-Star has reportedly committed to join the Team USA 12-man roster for the upcoming Tokyo Olympics.

Can confirm Zach LaVine is headed to Tokyo Olympics with Team USA, per his agent Nima Namakian, which @ShamsCharania had 1st.

LaVine appeared to be the final player added into the mix, joining a roster of …

Dear lord. The bucket-getting on that roster is about to be unmatched!

LaVine was added to the Team USA preliminary roster back in March. However, as roster spots started to be eaten up, particularly in the backcourt, it felt like time was running out for the Bulls star to get his phone call. However, the recent decline from players like Donovan Mitchell and Chris Paul must have kept the door open for LaVine, who will now play on easily the biggest stage of his career.

The 12-man roster above is subject to change depending on whether any already-committed talent heads to the NBA Finals (Booker, Middleton, and Holiday are in the running). LaVine’s situation should go unchanged, however, unless we see him suddenly back out.

The announcement feels like yet another well-deserved recognition for the continued progress LaVine has made over the year. And while an All-Star bid is cool, this is an opportunity that could take his game to an entirely different level. Not only will his skills be put to the test on the world stage, but he will play and live alongside some of the best talents in the league. LaVine will continue his quest to become a winning player by learning in one of the most elite basketball environments there can be. Not to mention, it will give him the opportunity to build stronger relationships with superstar talent. Did somebody say tampering?