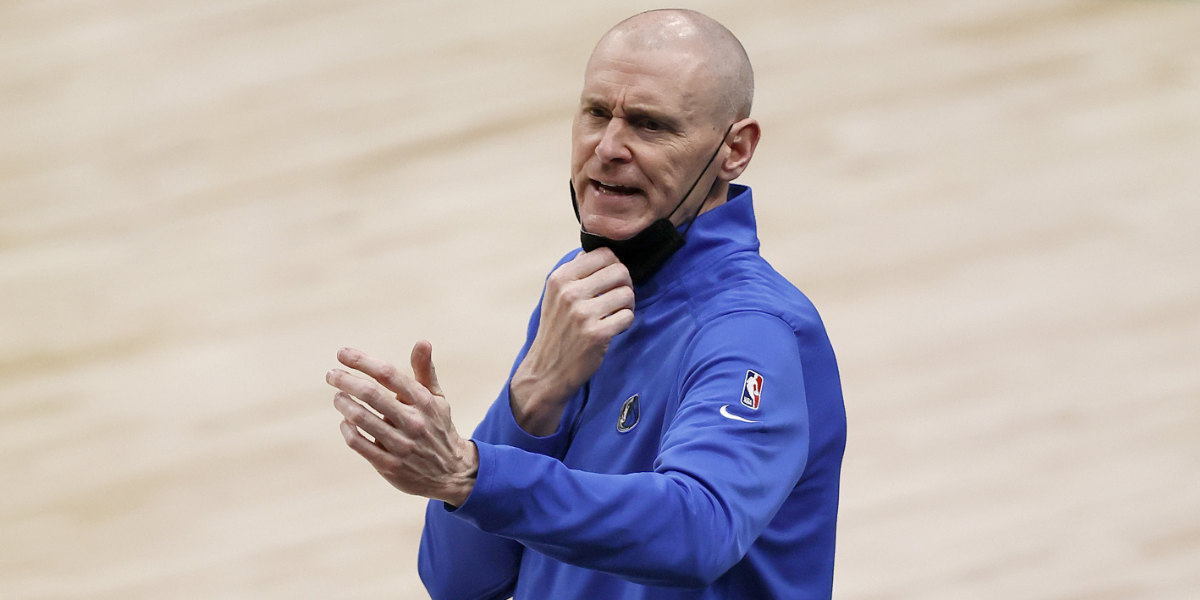 The Chicago Bulls have yet to fully guarantee Thaddeus Young’s deal for the 2021-22 season, but last night’s acknowledgment reminded us why it’s likely only a matter of time.

•   The NBA honored Young with the Hustle Award on Tuesday, AKA the “That Guy Works His Ass Off” Award. Young proved to be one of the league’s best role players this season, and his veteran savvy on both sides of the ball blended perfectly with Billy Donovan’s new-look Bulls. The 14-year veteran spoke with Bulls dot com’s Sam Smith about the recognition, and I think the following quote does a great job summing up Young’s whole vibe.

“For me, it’s always been about making sure that I’m helping put us in a position to where we are continually getting better as a team and to win games,” said Young. “This indicates what I kind of do and what I bring to the table as far as trying to do everything in my power, which is hustling and getting loose balls and getting steals and rebounds, blocking shots when I can, coming from behind, back tracking guys or knocking the ball out for deflections. Doing all the different things, charge taking, being the help if a guy gets blown by, making sure I’m discouraging the opposing team from doing something that they want to do. I think that’s what I’ve been able to bring to the table as an an indication of who I am as player.”

•   I would be very curious to know what the market looks like for Young this summer. Considering he is coming off one of his best individual seasons, and he has continued to look like the epitome of reliability, I have to imagine a contender or two would express some interest. The more important question is how much that contender would be willing to offer the Bulls for his services. The 2021 free-agent class is truly underwhelming, so I have to wonder whether a package could be created that nets the Bulls a late first-rounder. At the same, the Bulls are also sifting through that lackluster free-agent class. And if the organization believes Young can avoid taking too big of a step back next season (his age is an understandable concern), then why even think about moving him?

•   We also can’t forget how important Young is to LaVine. If a major point of this season is to convince LaVine that Chicago is headed in the right direction, I don’t think trading away his best friend would be the best idea. I will say, however, LaVine seems to understand just as well as anyone that this league is a business. If some kind of worthwhile deal for Young pops up (whether in the summer or at the deadline), I’m sure he would understand.

•   Rick Carlisle is back in the Chicago Bulls’ division.

Pacers worked quietly and quickly to get a deal done with Rick Carlisle. Team had planned to start interviews with several candidates in Chicago this week. Carlisle was a top assistant to Larry Bird early in his coaching career with Pacers. https://t.co/Hf1POaqEFp

•   I know, divisions don’t mean a whole lot in the NBA, but I still don’t like the idea of the Bulls playing against a Carlisle-led Pacers team four times a year over the next several seasons. With guys like Myles Turner, Malcolm Brogdon, Caris LeVert, T.J. Warren, and Domantas Sabonis on the roster, the Pacers should undoubtedly own a playoff spot in the Eastern Conference. Also, combine this news with the Pistons looming addition of Cade Cunningham, and the competition around Chicago is only getting that much better. Get to work, AKME!

•   Meanwhile, the Celtics hired one of the popular upcoming names in the game. Ime Udoka was also widely rumored as a Bulls candidate last offseason.

•   Trae Young has won me over. I had plenty of questions about Young’s ability to be a high-caliber winning player when he entered the league. His shot selection and decision-making always felt a bit self-destructive, but some kind of switch must have flipped midway through this season. The dude is averaging 30.5 points per game this postseason to go along with 10.5 assists. And while it can be annoying as hell to watch at times, he gets to the free-throw line 9.1 times per game. Young has no fear of the big stage, and his willingness to go full villain mode in each one of these series has been a joy to watch.

•   Obvious-mini-tangent: The Bucks need to cool it with their drop defense. I understand they might want to limit the lob opportunities for Clint Capela and generally protect the rim, but Young will absolutely carve you up with his floater. He embarrassed Brook Lopez last night on his way to 48 points and 11 assists.

Trae Young and the Hawks: 36-15 since Nate McMillan became head coach … and three wins shy of the club’s first NBA Finals berth in its Atlanta history.

•   I had to watch this several times.

•   Draft night still means something for the Bulls …

Don’t Forget: The Bulls Will Still be Active on Draft Night with the No. 38 Pickhttps://t.co/uvYfStkxBG