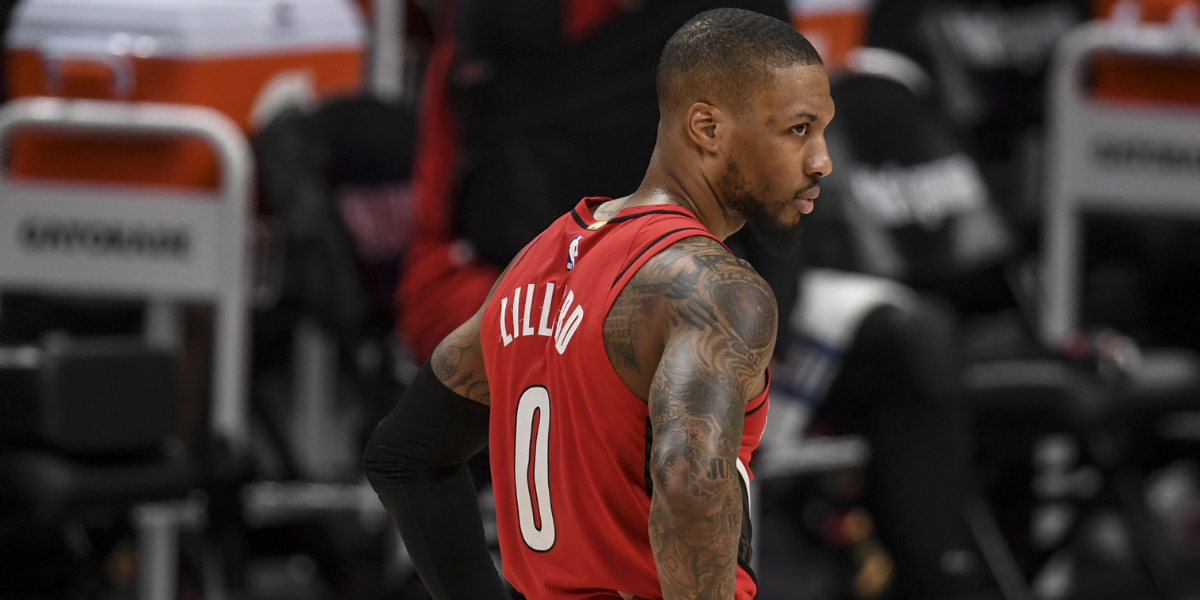 After the Trail Blazers suffered their fourth first-round playoff exit in the last five seasons, the tension in Portland was borderline palpable. Head coach Terry Stotts was quickly relieved of his duties, and speculation around Damian Lillard’s willingness to leave the organization began. Now, with a controversial new head coach on the horizon, it appears a theoretical Lillard departure has moved past the speculative phase.

The enormous backlash from the Portland Trail Blazers’ process to hire a new coach and his concerns on whether a championship contender can be built have become factors that may push the franchise player — Damian Lillard — out the door, league sources told Yahoo Sports.

Lillard has remained loyal to Portland in large part due to the tremendous fan base. But over the last few days, he’s seen some of those same fans attacking him on social media for a pending coaching hire he played no part in consummating, sources said.

The Blazers hired former NBA champion and Clippers assistant Chauncey Billups to a five-year deal on Sunday evening. Things had been moving in this direction over the past week, and his candidacy for the open position started to receive backlash from the fan base after sexual assault allegations resurfaced from 1997. Billups reached a financial settlement with a woman over the matter, and he was never officially charged with a crime.

Haynes writes that Lillard played no part in the team’s head coach hire. And while it is likely Lillard did not speak to candidates or sit in on interviews, we do know he provided input on the hiring process. After Stotts was sent packing, Lillard spoke with The Athletic about whom he preferred as a replacement. Lillard specifically mentioned Jason Kidd and Billups as two candidates he liked. Kidd went on to take himself out of the running for the position because of Lillard’s very public endorsement. Billups, however, stayed in the mix and (somewhat unsurprisingly) ended up with the job.

The six-time All-Star took to Twitter earlier this week to make clear that his endorsement of Billups came prior to his knowledge of the sexual assault allegations.

Really? I was asked what coaches I like of the names I “heard” and I named them. Sorry I wasn’t aware of their history I didn’t read the news when I was 7/8yrs old. I don’t support Those things … but if this the route y’all wana come at me… say less https://t.co/N1GPkX3Ohd

The question now is how far will Lillard go to distance himself from the hire? Can the organization ensure him that a proper investigation into the matter took place beforehand? And can Lillard’s relationship with a section of the fanbase be restored in his eyes?

If not, it would only be a matter of time before Lillard demands a trade.

To be sure, this top-10 player would require quite a lofty return, but it would surely be a move that almost any franchise in the league looks into. And, of course, the Chicago Bulls should be one of those teams. The organization would basically have to sell any and all future flexibility to get the deal done … and even that might not be enough. After the Nikola Vucevic trade, the Bulls do not have draft compensation to trade until the 2026 season. Why? Teams are not allowed to trade back-to-back first-round picks in advance. I have to imagine Portland would want a more immediately profitable return, The organization could always offer pick swaps in upcoming drafts, but those are rarely as enticing. The cap space situation is a whole other animal. However, making money work is way easier than building the most attractive trade package.

The flip side would be the Trail Blazers doing anything and everything to make Lillard happy to stay, including strongly reinventing the roster (and potentially axing their commitment to Billups). If the team goes that route, we could see them put several of their role players on the market. We talked more about that possibility when rumors of the head coach change in Portland first surfaced, so feel free to check that out: