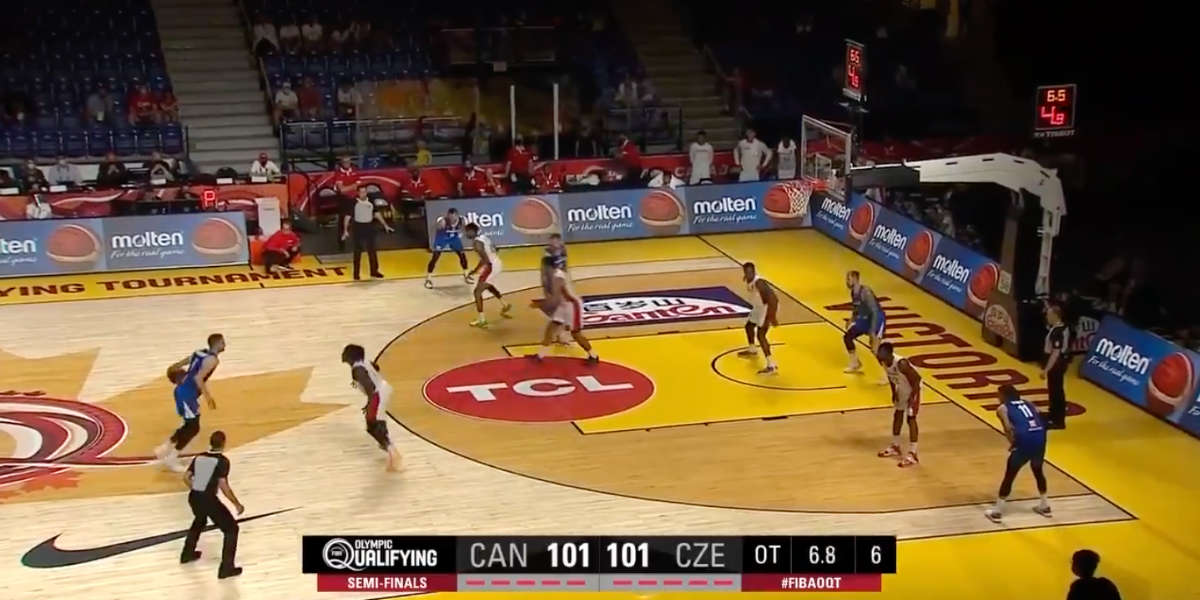 Tomas Satoransky has proven to be nothing short of reliable during his professional basketball career, and he reminded us of that on Saturday night.

The Chicago Bulls point guard has been a go-to player for his home country of the Czech Republic during the Olympic Qualifying Tournament. And during the team’s semi-final matchup with Canada, Satoransky sank easily the biggest basket of the game with just 1.4 seconds left on the clock.

🇨🇿 @satoransky for the win!!

Czech Republic take victory in OT and move on to the final of the Olympic Qualifying Tournament tomorrow! https://t.co/VvqB2EXjXB

Spin. Get to the elbow. Throw it up. Call bank. Cash. Win.

Satoransky sank the game-winning mid-range jumper over OKC wing and high-IQ defender Luguentz Dort. The bucket ensured the Czech Republic a trip to the Finals where they will compete for a shot at Olympic play in Tokyo against the winner of the Turkey-Greece matchup later Saturday night.

The Bulls veteran finished the game with 18 points, 5 assists, 7 rebounds, and a +7 overall. He outplayed fellow NBA players like Dort, Cory Joseph, Dwight Powell, and Trey Lyles on Team Canada.

I don’t know what it is about being under the national spotlight, but Satoransky sure does have a knack for posting big-time performances. Before Satoransky played his first ball with the Bulls in the 2019-20 season, he competed in the FIBA World Cup where he averaged 15.5 points, 8.5 assists, and 5.6 rebounds. Hopefully, Sato can lead his home country to an Olympic berth, and Bulls fans can then have two fans to cheer for.