Some Star PGs Will Be Available This Summer, But the Bulls Will Likely Stand Just Out of Reach Skip to content 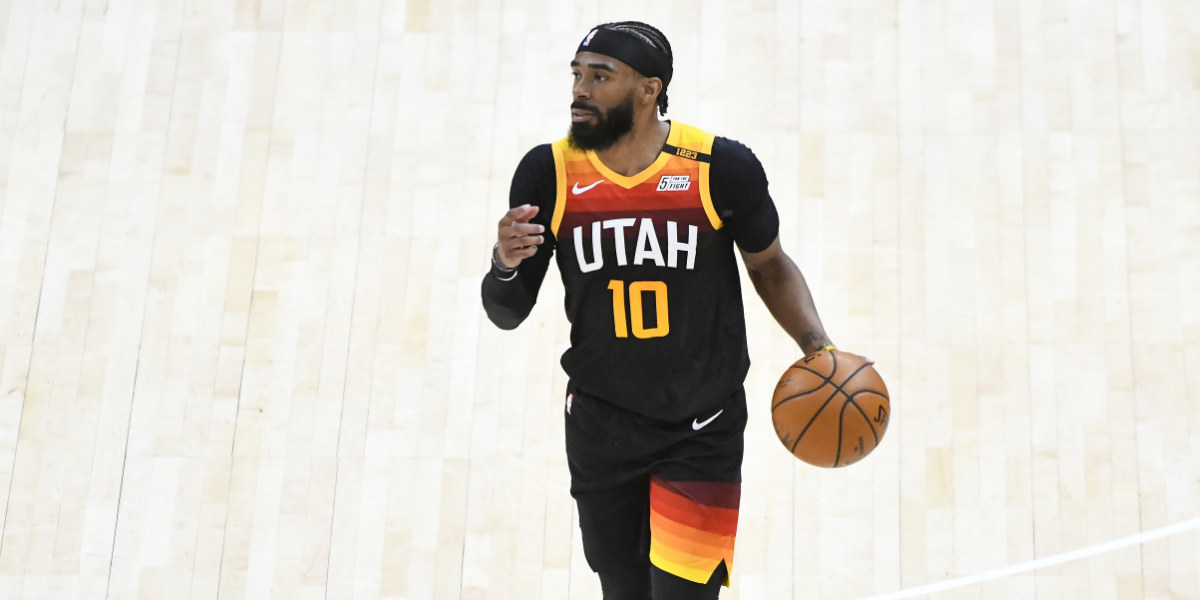 Twice now, Arturas Karnisovas and Marc Eversley have shown that they are not afraid to make the big move. The organization halted their coaching search to convince former OKC head coach Billy Donovan to come aboard. Then, midway through their first season in charge, the organization traded five players and became the surprising landing spot for All-Star center Nikola Vucevic. Now, with free agency around the corner (August 2nd), who knows what the front office has up its sleeve next. Not me.

What I do know, however, is where the Bulls stand financially and situationally. The team is not devoid of decent cap space this summer, but it would take quite the roster dumping to reach a significant amount. Thaddeus Young, Tomas Satoransky, and Al-Farouq Aminu would all need to be stretched and waived while Lauri Markkanen finds a new home and Ryan Arcidiacono is let go for the team to reach $30+ million. None of that sounds too bad, but the team would then be left with five more roster spots to fill on top of the seven they already have (includes both two-way contract slots). Put the bulk of that toward one big free agent, and finding quality depth becomes that much harder. And of course, we can’t forget that even if the team created space for a high-caliber player, they would still need that player to see a fruitful future in Chicago.

Put more bluntly, a “wow” (*said in Owen Wilson voice*) free-agent signing this offseason is difficult to imagine. Not only is that due to the Bulls’ finances but because they are not yet close enough to truly contending, and that stings when we consider some of the point guard options available.

Kyle Lowry and Mike Conley are two high-profile veteran point guards who will hit unrestricted free agency next month. Chris Paul of the Finals-bound Phoenix Suns can technically join them after declining his player option. Each one of those players could undoubtedly help the Bulls achieve a greater level of success, but each one is also likely to covet a price the Bulls are not comfortable paying.

On top of that, each player is likely headed toward their last contract. If the Bulls wanted to be in the running for Lowry, Conley, or possibly Paul, they would need to fork over a multi-year commitment. Considering the team is more in “win-soon” mode than “win-now” mode, this feels unnecessarily risky. Lowry is 35-years-old, Paul is 36-years-old, and Conley will be 34-years-old by the start of the 2021-22 season. A franchise one year away from winning the title can afford to live with the future drop-off. The Bulls, an organization looking to build a steady contender, are not one of those teams.

Conley, as the youngest and least expensive, would arguably make the most sense for Chicago of the three. ESPN’s Bobby Marks shared that the ProFitX chart listed Conley’s value somewhere between $16.3 million and $21.8 million. Considering that is a similar range we have seen throw out for a player like Lonzo Ball, that number feels palatable. At the same time, as great as Conley has been while on the court (16.2 ppg, 6.0 ast, 1.4 stl on 44.4 FG% and 41.2 3PT%), his health has been a major concern. He appeared in only 51 of 72 games this season and 47 of 72 games in 2019-20. Once again, an already-made contender can take that risk more easily than a Bulls team trying to make the playoffs for the first time in four seasons.

The Athletic’s Tony Jones also reported that the Jazz will make “every attempt to keep” Mike Conley in Utah this summer. And I have to imagine Conley also has plenty of interest in staying next to Donovan Mitchell, particularly after the success the team achieved this year as a No. 1 seed.

Chris Paul is bound to be a similar story. He led the Suns to their first Finals appearance since 1993, and I’m sure that is enough for the organization to hand him a blank check. Lowry, on the other hand, does seem destined to leave his beloved franchise after so many trade rumors swirled at the deadline, but age and player intrigue still feels like too great of an obstacle.

I guess all I’m trying to say is … this kinda sucks. The Bulls finally appear to have an aggressive front office with two All-Stars on their roster, but the available stars at a position of need feel just out of reach. Either they will still be skeptical of the team’s potential, or the Bulls will be skeptical of how well they can fit in their new timeline. Perhaps if things were that much further along (i.e the Bulls were the surprise No. 4 seed or No. 5 seed like the Knicks or Hawks) this would be a different story. *sigh*