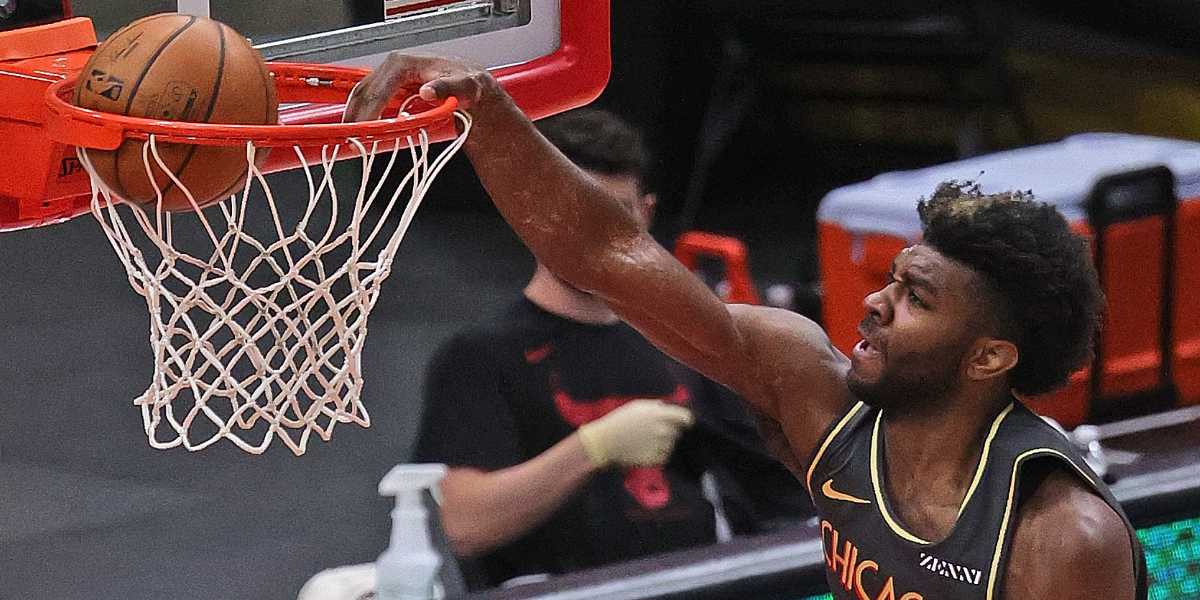 Patrick Williams may not be headed to Tokyo at the end of this month, but he will be training like it over the next couple of weeks. The Chicago Bulls No. 4 overall pick is currently in Las Vegas as a member of the Team USA Select Team, a 17-man roster of high-profile young players who help train the official Team USA roster.

Miami head coach Erik Spoelstra is currently in charge of the young roster, which means he is getting a first-hand look at the progress the 19-year-old has made so far this offseason. On Tuesday, Spoelstra spoke to reporters about his time in Vegas so far, and he provided Bulls fans with quite the encouraging scouting report on Williams (h/t NBC Sports Chicago’s Rob Schaefer for the quote transcription).

“Just from a physical standpoint, the US main team has this incredible firepower, right? Lot of 30-point scorers. Lot of guys that can facilitate and help space for those guys,” Spoelstra said. “But it starts with having players who are physically even capable of being even on the same court. Patrick is quite a physical specimen. Extremely strong and agile. He can play either the wing position or play that versatile 4 position. I think he’s set up in the future to be a great two-way basketball player, to be able to defend virtually everybody on the floor, whatever your scheme may be. And then offensively his game has really grown. You can tell he’s extremely dedicated to have that kind of improvement.”

Pardon me as I wipe the drool off my keyboard.

While he may have been the second-youngest player in the league this season, Williams had an outstanding ability to look like he belonged. A lot of that is thanks to his elite physical frame. As Spoelstra points out, his body is not normal for a player his age – let alone the athleticism that comes with it. But to hear that this continues to be the impression even alongside one of the most talented rosters out there should give Bulls fans an even more optimistic feeling about Williams’s potential. Not to mention, the man raving about his two-way chops is the same man who has coached multiple current and future HOFers.

By far the most exciting part of Spoelstra’s comment came in the last two sentences. To know that Williams is already showing strides on the offensive end not even two months removed from the end of the season bodes well for Chicago’s future plan. The acquisition of Nikola Vucevic demonstrated a clear belief in Williams’ ability to quickly become a high-impact player on both ends of the court. The move sped up the Bulls’ competitive timeline, and the expectation is undoubtedly to make the playoffs in 2021-22. For that to happen, Williams needs to better his 9.1 points and 7.4 field goal attempts per game.

In his own conversation with reporters, Williams talked more about that offensive growth Spoelstra has seen, and he listed some specific areas where he has tried to improve this summer (h/t Bulls dot com for footage of the Williams interview).

“A lot. A lot, honestly. Ballhandling for sure, just getting used to pick in roll,” Williams told reporters. “Getting into a lot more actions than I was last year and just being comfortable in those actions. Knowing that I have the skill, I have the size to able to make plays in those actions, whether it’s scoring or contributing to a teammate or dumping it off – whatever it is. Just being able to have confidence that I can make plays in whatever actions I am in. I think my coaching staff and player development guys in Chicago have helped me tremendously with confidence and just making sure that I’m ready, not only for the USA Select Team camp but for the upcoming season.

If that quote does not make you want to do a little jig and kiss Benny the Bull, I don’t know what will.

Everyone believed Williams could be a more aggressive offensive presence this season. Well, everyone except for Williams. Whether it be bulldozing guys to the rim, sinking a smooth mid-range jumper, or hitting the 3-ball at a 38.0 percent clip, he showed the kinds of flashes this front office wanted to see. Now, it appears he is finally starting to see what he is capable of, and I can’t wait to know what that leads to come October.

More on Patrick Williams below:

Even Patrick Williams Knows the Next Step is All Mentalhttps://t.co/N0LTDEY2xh