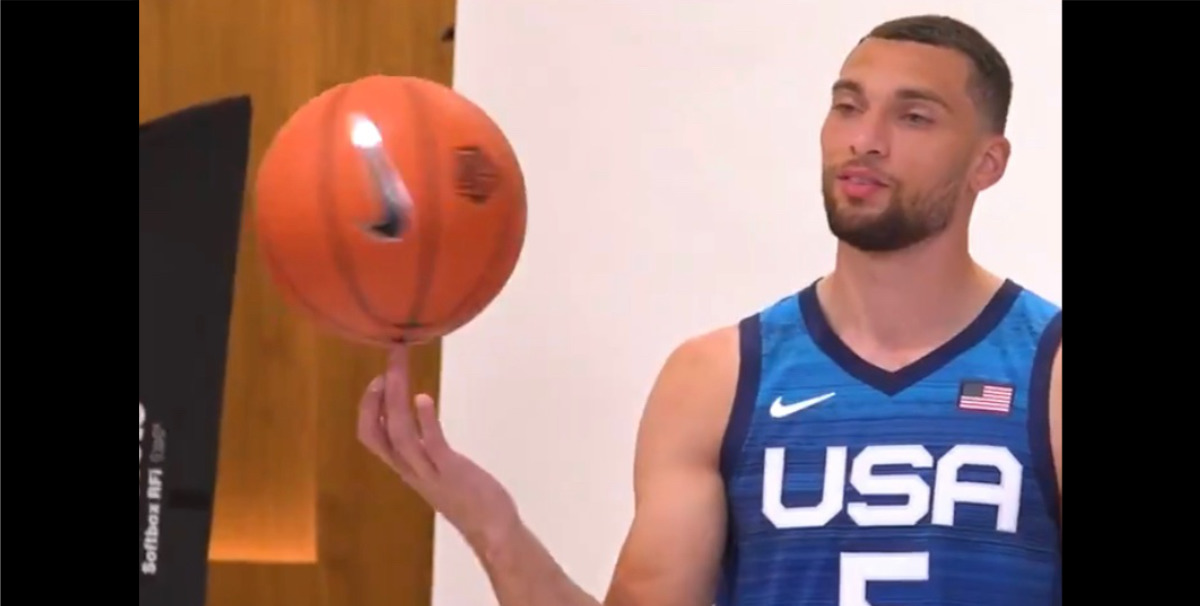 Before we chat, press play and get your first glimpse at Zach LaVine in his Team USA jersey. It’s a thing of beauty.

•   I need therapy for a plethora of reasons, but one is so I can learn how to cope with all of the frustrating Zach LaVine trade speculation. I know I should simply not engage … but I have problems, okay!? Look, as I’ve said numerous times before, I understand why people have their eye on the Bulls star. He is a player entering the final year of his contract who also earned his first All-Star nod at the prime age of 26-years-old. Not to mention, LaVine has never once sniffed the playoffs in his seven seasons of NBA play. To believe he is hungry for a more competitive environment is fair. What is not fair is having this conversation without context, which tends to happen far too often.

•   The Chicago Bulls have done nothing to suggest they will trade LaVine willingly. And I don’t expect that to change this offseason. Bleacher Report’s Dan Favale recently predicted which players will stay home and which will hit the trade market, and the following was his conclusion for LaVine: “Keep if he’ll renegotiate-and-extend. Trade if he won’t.” I’m happy Favale provided more context than most in his brief write-up, but I still disagree with his verdict. While I’m sure the Bulls will flirt with the idea of renegotiating LaVine’s contract to get him to the max money he can sign for next offseason, I do not believe this is the be-all-end-all. Accomplishing this immediate raise would have to eat roughly $14 million in cap space, thus limiting any flexibility they have to improve the team around LaVine this summer. More importantly, why do we keep pretending like the acquisition of Nikola Vucevic said nothing?

•   To believe the franchise would trade LaVine this summer or next season would be to believe the front office is okay blowing everything up after trading two pivotal first-round picks. I mean, that would be gross mismanagement. One of the main reasons the team snatched Vucevic (or so I believe) was to show LaVine they want to compete right now. The two have played just 15 games together, and I have to imagine the hope is for them to play over 82 more next season. The only way I see LaVine leaving via trade is if he goes upstairs and demands it. And the only way I see that happening is if Arturas Karnisovas turns into Mr. Steal Ya Girl. A contract extension may not come to fruition this offseason, and that is okay! Both parties know the goal is to improve the roster, and both parties know the Bulls have the power to offer LaVine the most money next season. Yes, things can change fast in the NBA, but the reality right now is that any Bulls-LaVine departure is not coming from inside the house.

•   To be clear, none of this is to say the front office should not continue to do what they can to sell LaVine on their vision. I’m specifically speaking above to the *trade market,* but it is a fact that he will hit unrestricted free agency in 2022. The team still needs to make sure he is fully comfortable re-signing the next contract they offer.

•   Anyway, here is the man of the hour dunking off the assist from (obvious-soon-to-be-Bull) Kevin Durant.

•   Another acquisition that could please LaVine: Lonzo Ball. The Bulls have been endlessly linked to the 23-year-old point guard this year, and he is looking better than ever in some new workout footage.

•   Ball is going to have numerous suitors this offseason, but whether or not any will be as aggressive as the Bulls is the key question. Chicago could very well have Ball at the top of their free-agent big board, and I have to imagine they throw him an offer sheet the second free agency tips-off. Speaking of which … free agency is in 25 days.

•   Let’s hope LaVine is doing a lot of the talking.

Bradley Beal Says There Will be “Probably a Lot” of Talk About Teaming Up at Team USA Training Camphttps://t.co/nRhvMxByr6

•   The former Chicago Bulls and Clippers head coach has not held a seat on an NBA bench since the 2013 season.

•   Love this hire for Golden State. Kenny Atkinson has proven time and again to offer a strong player development presence, and I have to wonder if this signifies an interest in keeping their lottery selections to add young talent as opposed to packaging them for a more proven veteran.

The Golden State Warriors are near agreement to hire Clippers assistant Kenny Atkinson as a lead assistant on Steve Kerr’s staff, sources tell me and @anthonyVslater.https://t.co/HMOJN5Iiuw