Wake Up and Watch Zach LaVine Dominate for Team USA! Skip to content 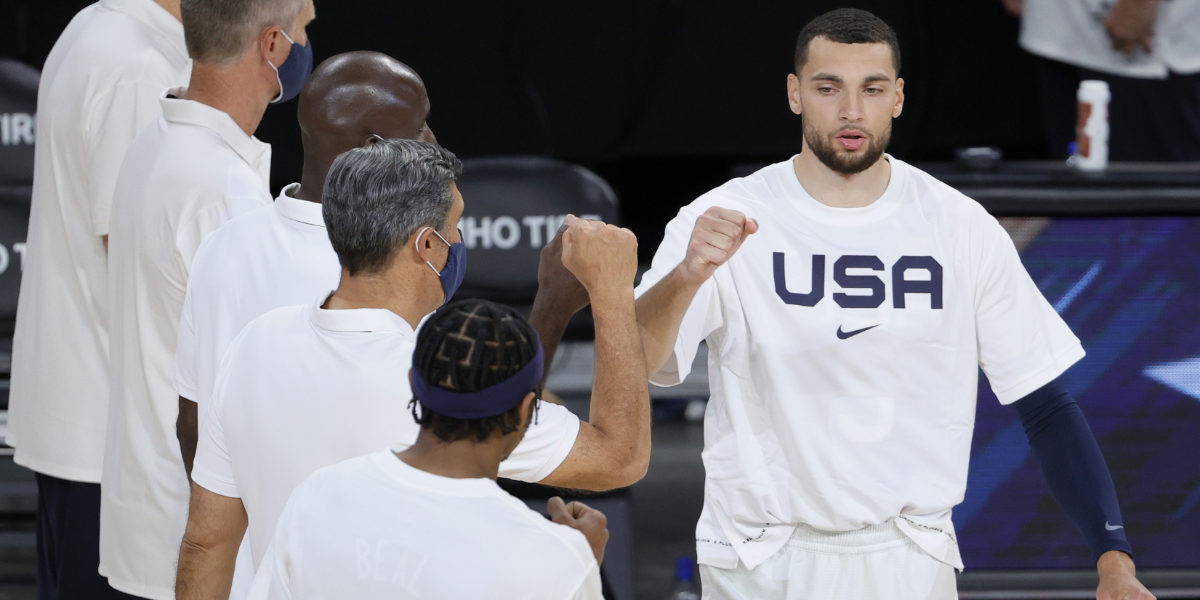 Team USA picked up its first exhibition victory on Tuesday night, and Zach LaVine was a big reason why.

The Chicago Bulls All-Star received his first taste of the starting lineup due to Jayson Tatum’s knee soreness. Clocking more minutes alongside Kevin Durant, Bradley Beal, Damian Lillard, and Bam Adebayo, LaVine shined through with 15 points, 5 rebounds, 3 assists, and one steal in 24 minutes of action. His five trips to the free-throw line were a team-high, and he also finished the night with just a singular turnover. When the final buzzer sounded, he walked off the court with a +26 in the team’s 108-80 victory.

Oh, duh, he also gave us easily the best highlight of the exhibition games so far!

I PRESENT TO YOU:

THAT’S AN AMERICAN DUNK RIGHT THERE!

The Chicago Bulls were kind enough to package all of LaVine’s best highlights from the game below, so why not give that a good old rewatch too (work can wait)!

Zach putting on a show in Vegas with @usabasketball 🔥#USABMNT | @ZachLaVine pic.twitter.com/hxINubQj9b

From start to finish, this game was easily the most comfortable and confident LaVine looked in a Team USA jersey. While I still think his exact role will differ on a nightly basis, it’s encouraging to know his teammates trust him enough to play through him like they did last night. It’s also encouraging to see him work hard on his off-ball movement and bring full energy on the defensive side of the ball. I can’t wait to see more.

Catch the full highlights of last night’s dominant victory below: