You Love to See It: Bradley Beal Had Some Very Kind Things to Say About Zach LaVine Skip to content 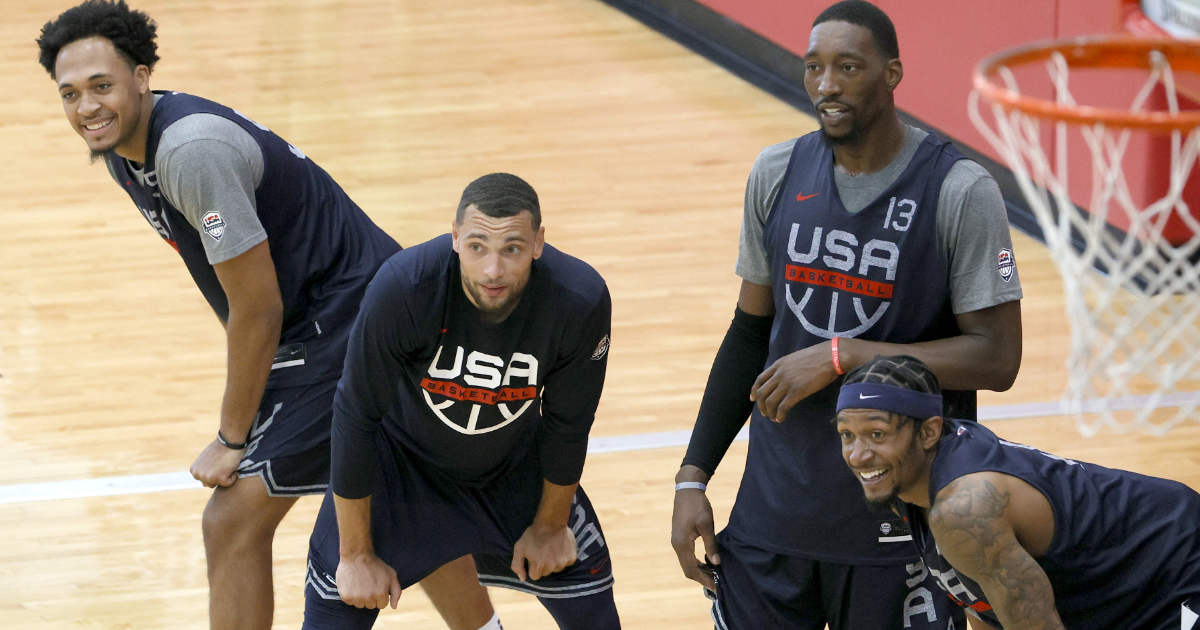 The NBA’s second-leading scorer offered some big-time praise for Team USA teammate Zach LaVine, and Beal said he is not alone in his immense respect for the All-Star.

Beal is no stranger to going toe-to-toe with the Bulls’ bucket-getter. Earlier this season the two played an electric back-and-forth affair where they finished the night with 35 points apiece. But Beal has now had two stints as LaVine’s teammate this season, the first of which came as a member of Team Durant during All-Star Weekend. In other words, this is easily the closest Beal has been able to evaluate LaVine’s game, and it is surely exciting to know it’s made an impact.

More importantly, however, is that Beal said his Team USA cohorts feel the same. To know LaVine can fit in on a roster with some of the most elite players in the world is an encouraging sign for his continued growth into one of the league’s top young stars. Not to mention, the more respect he garners among his peers, the easier it could be to pitch someone on a possible new home in Chicago (*major eyeball emoji*).

While I’m not going to go off the rail with some kind of ridiculous homer-istic superteam prediction, it is simply a fact that teaming up is a topic of conversation behind the scenes. Beal himself recognized it at Team USA Training Camp, and LaVine did the same a couple of days later.

It is also merely a fact that Beal’s situation is one of the most talked-up around the league. Not only could he be headed toward unrestricted free agency next offseason (to be fair, so could LaVine), but there has been constant speculation that he could be moved before then. Landing Beal via trade would be hard for the Bulls to pull off, especially with two of their draft picks (2021/2023) headed to Orlando, but you can never say never in this bonkers league. As for free agency, the Bulls would technically have as good of a shot as anyone at signing him.

We don’t exactly know what the roster will look like come next offseason, but the Bulls could potentially have Beal’s Team USA teammate and his former college head coach to help persuade him. Donovan was the one who helped recruit a young Beal to the University of Florida, and the two share a close bond to this day. Beal actually talked about his relationship with the Bulls leading man in an interview with Sports Illustrated earlier this week, and this is what he had to say:

“It was amazing for me and very well needed. I always say it was short-lived because I love Billy Donovan, and I wanted to win him a national championship, and I always told him that even when he [is] coaching with the Bulls now. It was amazing, man.”

Anyway, we are getting into aggressively overly optimistic territory here. The bigger takeaway is that LaVine continues to make an impression on players around the league, and I think that bodes well for his chances to rise up the league leader boards in the coming years.

More on Beal and LaVine from NBC Sports Chicago:

Bradley Beal on Zach LaVine: "Pure talent. He is an underrated guard in our league, all of our peers know that."https://t.co/gpXEJsyAjL