Second Round Spotlight: Four Experienced Names for the Bulls at Pick No. 38 Skip to content 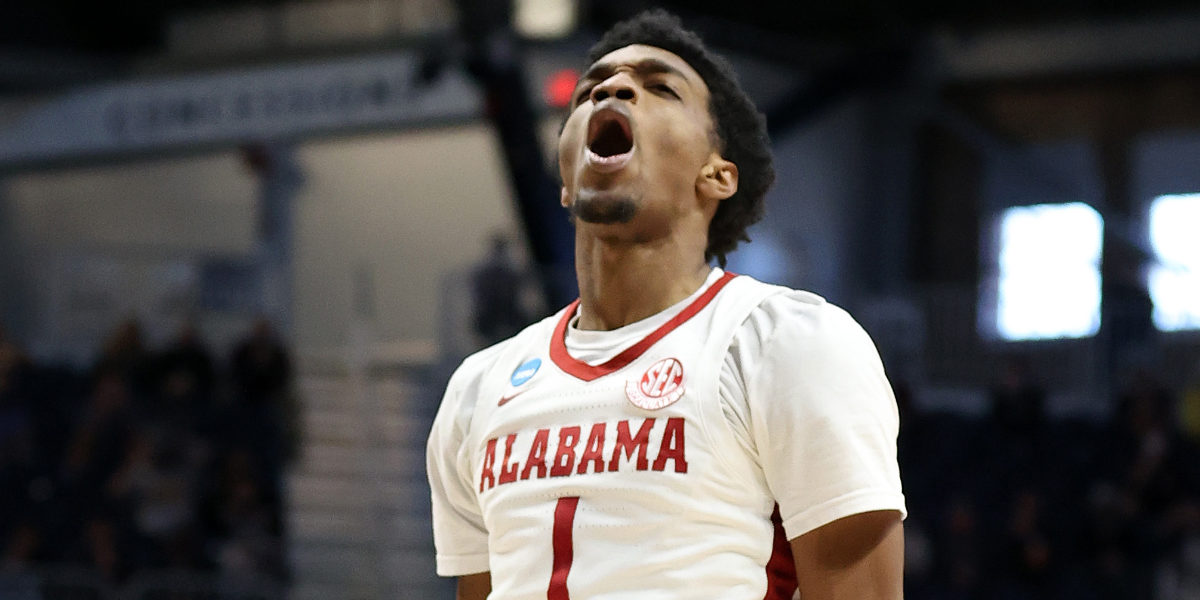 In our first Second Round Spotlight, I wanted to focus on some more experienced players. The Bulls plan to compete for the playoffs next season, which means no roster spot can be wasted. The second round will have several players with valuable college experience who – while not providing the same sort of elevated upside – could give the Bulls a valuable depth piece (think 2020 prospects like Desmond Bane, Xavier Tillman Sr., and Saben Lee).

David Johnson (no, not the running back) will be drafted on July 29th, it’s just a matter of when. The sophomore out of Louisville has seen his stock oscillate across the second round mocks all summer, with Jeremy Woo of Sports Illustrated ranking him as high as 38th-overall while BasketballNews.com has him as low as 59th. I have to imagine a big reason for this is because he leaves scouts asking one scary question: “Who is he?”

Louisville's David Johnson was a lot of fun to watch today. Slid in everywhere from 1-4 doing all the little things to help his team win. Defended everyone, made some great passes and found ways to score despite his jumper not really falling. Really set the tone for his team. pic.twitter.com/Bcf9hCQD1a

Johnson played on the ball during his freshman campaign and went on to see a very different role than expected in Year 2. He became more of an off-the-ball threat who focused on perimeter defense and spot-up shooting. To his credit, however, he did both of those things fairly well. Johnson averaged 1.1 steals per game and shot a much-improved 38.8 percent from behind the 3-point line on 4.4 attempts per game. During his freshman campaign, he took just 23 total shots from long-range, shooting 21.7 percent.

So while NBA teams may not know whether Johnson is best suited as a backup point guard or a backup defensive-minded two-guard, I actually think that could be a good thing. In the second round, you’re not landing a star (normally). The best a franchise can do is find a hardworking prospect who can hopefully become a future role player. Johnson has a versatile enough skillset for a team to put him to good use, especially if that 3-point clip sticks around. Garrett Temple (without the boatloads of experience, obviously) represents the kind of role I could envision a guy like Johnson having down the road.

FWIW: Johnson is a very solid passer, but he also turned the ball over plenty this season. He had the 5th most in the ACC this season, coughing the ball up 3.2 times per game.

With Lauri Markkanen, Thaddeus Young, and Daniel Theis all potentially out of the picture this offseason, the Bulls could look to round out their frontcourt depth in the second round. Even with the addition of last year’s second-rounder Marko Simonovic, the Bulls could benefit from a guy like Charles Bassey. After coming off a serious leg injury that held him to just 10 games in 2019-20, Bassey had a very strong junior campaign at Western Kentucky. The big man averaged 17.6 points and 11.6 rebounds per game to go along with a 59.0 percent clip from the floor. Even more impressive, Bassey averaged 3.1 blocks per game, which ranked 4th among D1 players this season.

If the Bulls want a Daniel Gafford replacement, this would be the way to go. Bassey has a get-it-and-go mentality. He runs the floor hard, and he is undoubtedly a lob threat with his imposing 6’11” frame and 7’3″ wingspan. In fact, where he might have the leg-up on Gafford is his offensive versatility. The 20-year-old has displayed a willingness to take the mid-range jumper or even shoot the occasional 3-pointer (18-59).

Now, whether or not he can utilize any of this offensive versatility at the NBA level is the question. Bassey may have been a standout for Western Kentucky, but that also means he did not consistently play against the highest-caliber competition. Some big boards and mock drafts have clearly taken this into consideration, as some put him in the mid-30s (The Ringer, Bleacher Report) while others have in the mid-40s (Sports Illustrated, The Athletic). FWIW: Basketball News dot com does have Bassey currently going to Chicago at No. 38 in their mock draft.

If you follow college basketball in any capacity, you probably know his name. Quentin Grimes was one of the best shooters in the league this season, helping lead Houston to its first Final Four berth since 1984. He sank the deep ball at a 40.3 percent clip on 8.3 attempts per game, which helped him average a career-high 17.8 points. Grimes also finished the year with 5.7 rebounds and 1.4 steals per game.

As someone with his shooting stroke and experience, he should be a player any team can plug into their rotation as a 3-and-D wing to start the season. So why isn’t he higher? The knocks have been rather obvious: He is an older prospect who does not possess the rawest athleticism. He also struggles to create much offense inside the 3-point line, and while he is a fine passer, he probably should not be relied upon in any kind of playmaking role. In other words, we kind of know who he is.

Some teams like a sense of security, however, and that is why I’d bet Grimes is stolen well before the Bulls pick. He had a strong combine in Chicago, and I could easily see a contending team in the late-20s going for the experienced and known commodity.

Houston's Quentin Grimes has been one of the big winners of the week after leading the NBA Combine in scoring. He continued that momentum at his Pro Day yesterday with plenty of NBA executives in attendance. pic.twitter.com/njxmbsIOn8

The Chicago Bulls front office has made one thing clear: They want versatile players. Herbert Jones checks that box.

The 22-year-old was named SEC Player of the Year and SEC Defensive Player of the Year after averaging 11.2 points, 3.3 assists, 6.6 rebounds, 1.7 steals, and 1.1 blocks per game. He possesses a strong basketball IQ, and he is easily one of the best defenders in the draft. The guy demonstrated throughout college that he switches onto players 1-4 with ease. The way he effortlessly plays with his arms up and absorbs the opposing player’s contact is immediately noticeable.

This Herb Jones defensive possession was so good I had to share. Cuts off Keon twice, forces reversal. Digs down in help on the drive, then closes out under control onto driver. Cut off again, reversal. Tags athletic roller in Pons. Finishes by sending Springer packing in help. pic.twitter.com/sJpNasuJWk

Offensively, Jones is a decent ballhandler and his court vision allows for him to be productive off the ball, but his bag of tricks just isn’t very deep. While he took a step in the right direction by shooting 35 percent behind the arc this season, that was on just 1.7 attempts per game … which was also a career-high. Jones is not going to create his own shot off the dribble or be a true threat to do really anything along the 3-point line. In today’s perimeter-centric league, that is scary stuff.

The good news is that Jones seems ready to work.

“I’ll be able to adjust to whatever system or style of play any team wants me to play. I’m a very hard worker. I’ll play whatever role they need me to play. I’m not set on being one thing. I’m there to help the team win in any way that I can,” Jones told HoopsHype. “I’m still working on my jump shot. NBA teams see it. They tell me that it’s just going to come with time and I know that. I don’t have too much stress about the shooting because I know I’ll work on that. I just try to tell teams that I’m a great teammate. I’m not coming into the draft process feeling entitled. I know I have to work for whatever I get. However it pans out, I am starting back over and getting back to work.”