Second Round Spotlight: Four High-Upside Names to Consider at No. 38 Skip to content 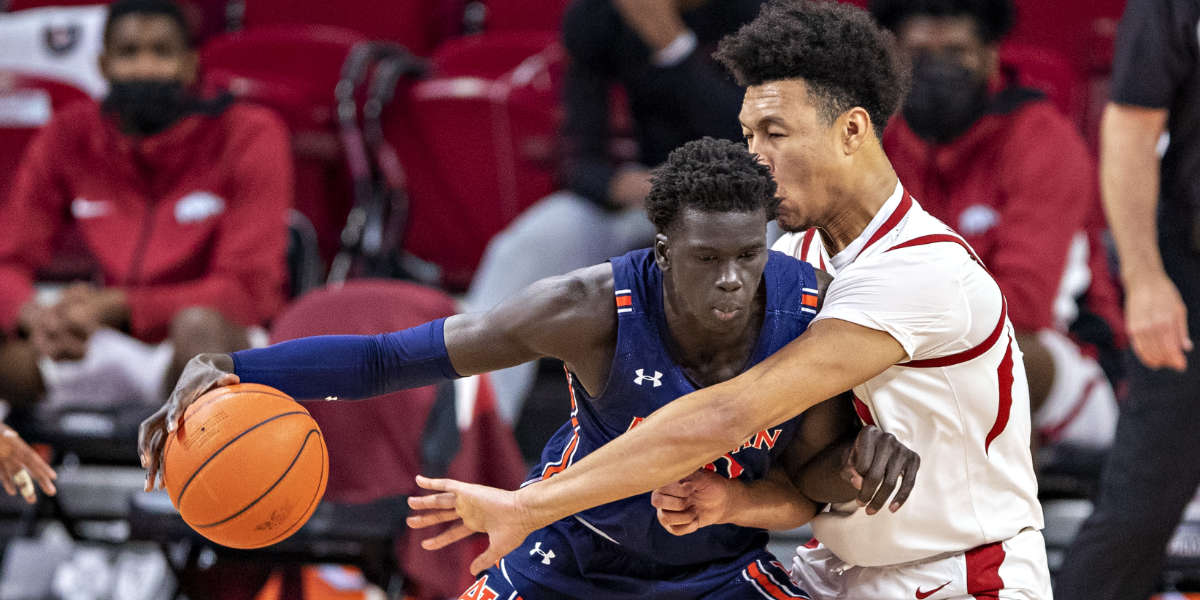 Earlier this week, we opened our Second Round Spotlight series with a look at four experienced college players that could make a more immediate impact on the Bulls. This time around, I wanted to focus on the opposite. Here are four high-upside names who could prove to be very useful role players down the road.

Josh Christopher could very well be a first-round talent. The 20-year-old ranked 26th on John Hollinger’s Top 70, and Basketball News dot com projected him go in that same spot in their latest mock draft. Coming into his freshman campaign at Arizona State, Christopher was also the 12th-best prospect in the country, per 247Sports. So, wait, why the hell is he considered a second-round talent?

Christopher’s first year at Arizona State was … fine. He averaged 14.3 points with 4.7 rebounds and 1.5 steals per game. He shot just 43.2 percent from the field (11.2 attempts per game) and an underwhelming 30.5 percent from behind the arc. While Christopher had his fair share of athletic highlight-reel-worthy plays, the efficiency has not been there, let alone the winning plays (Arizona State finished 11-14). However, we should note that Christopher only played 15 games due to a back injury. The missed time likely left teams wanting more.

With that said, the athleticism is enough to make most scouts drool. Christopher plays even bigger than his height suggests thanks to his awesome 6’9″ wingspan. He has active hands and has displayed good instincts as a help defender. Offensively, the foundation is there. Christopher is a strong ballhandler who can score at all three levels. Again, the question is whether or not he can do it at a high clip. His decision-making just has not come around, and he relies more on explosiveness than IQ.

Fortunately, a team like Chicago would not need him to be an offensive contributor right away. The coaching staff can encourage him to focus on eating some defensive minutes while trying to help him establish a better offensive identity. If the Bulls were able to stay patient and develop his offense, Christopher has the possibility of being a truly valuable two-way rotation player.

The Kentucky Wildcats had a down season, but that does not mean we should write off Brandon Boston. Much like Christopher, Boston was one of the highest-ranked recruits in the 2021 class, checking in at No. 5 right behind the G-League Elite’s Jonathan Kuminga. Also much like Christopher, Boston’s biggest struggle in college was playing efficient basketball. The highly-touted recruit scored just 11.5 points per game while shooting a dismal 35.5 percent from the field and 30.0 percent from downtown, per Basketball-Reference.

Yet still, the potential is more than clear. Boston possesses an elite frame for his position and a willingness to use it on the defensive end. There is no question an NBA team would need to get him in the weight room (listed as 188lbs), but add those extra pounds and you have some above-average size coming off the bench. Also, while his shooting percentages were a concern, his body control and ability to absorb contact at the rim stand out immediately on film. Not to mention, he shot 78.5 percent from the line this season and has no blatant issues with his jumper (those two things bode well for his offensive development).

For Chicago, Boston would be an even greater investment than a guy like Christopher. He is another piece that could eventually help build their depth at the wing, but they would really need to buy into his ability to become an all-around player. Is it worth the gamble?

Todd may not have been the biggest name on the G-League Ignite team, but he did more than enough to grab the attention of NBA front offices. He played a reliable game night in and night out, scoring 12.3 points on 43.7 percent shooting from the field and 36.2 percent shooting from downtown. Out of players his size in this draft, he might arguably have the prettiest shooting stroke. Whether it be a spot-up 3-pointer or a turnaround baseline jumper, Todd looked nothing but smooth with the basketball in his hands this season.

Defensively, in my opinion, he has the quickness to keep up with many current NBA power forwards. Pro-level coaching will have to teach him how to read the floor better, but I think he has the raw athleticism to stick with average NBA fours.

With that said, this dude needs to add muscle and a post-game if he wants to reach his full potential. Todd clearly is not confident underneath the basket, and he does not have the strength to slow down more physical front-court players. Likewise, his rebounding is underwhelming. One would like to think he would become more active on the glass as he gains weight, but he also seems to like sticking on the perimeter, which is a tad discouraging. Again, his smooth jumper makes that ok, but teams are going to need him to become a much more physical player to give him a spot in their rotation.

The Ringer’s Kevin O’Connor recently moved Todd up to 21 on his big board. And while I feel like that might be a bit high, I can still understand it. Out of these four prospects featured in the post, I think Todd probably carries the highest upside. In today’s league, you need that jumper, so coming in with that down could help Todd get on the court faster.

Auburn’s JT Thor is one of the rawest prospects in the draft. But, damn, this man is intriguing.

The first thing you will notice is Thor’s size. He stands at a skinny 6’10” with an impressive 7’3″ wingspan. The guy can leap out of his shoes and throw down some of the most effortless-looking slams. Thor may not be the most consistent scoring threat (9.4 ppg), especially with the ball in his hands, but he has flashed a decent 3-point shot and the ability to convert efficiently at the rim.

Thor’s defense is what could very well move him up the draft board on July 29th. Not only is he a solid rim protector, but he is light on his feet. His lateral quickness is good enough to stick with a number of backcourt players, and if you combine that with his length, we are talking about a very switchable defender.

Out of these four players, Thor is likely to see the fewest minutes on an NBA court this upcoming season, but he should be an absolute joy to watch in the G-League. The Bulls need to keep in mind their future depth at power forward with Markkanen headed elsewhere and Thaddeus Young getting older. Thor might come with the longest wait, but he also could provide the highest payoff.

Also … the name is too good to pass up!