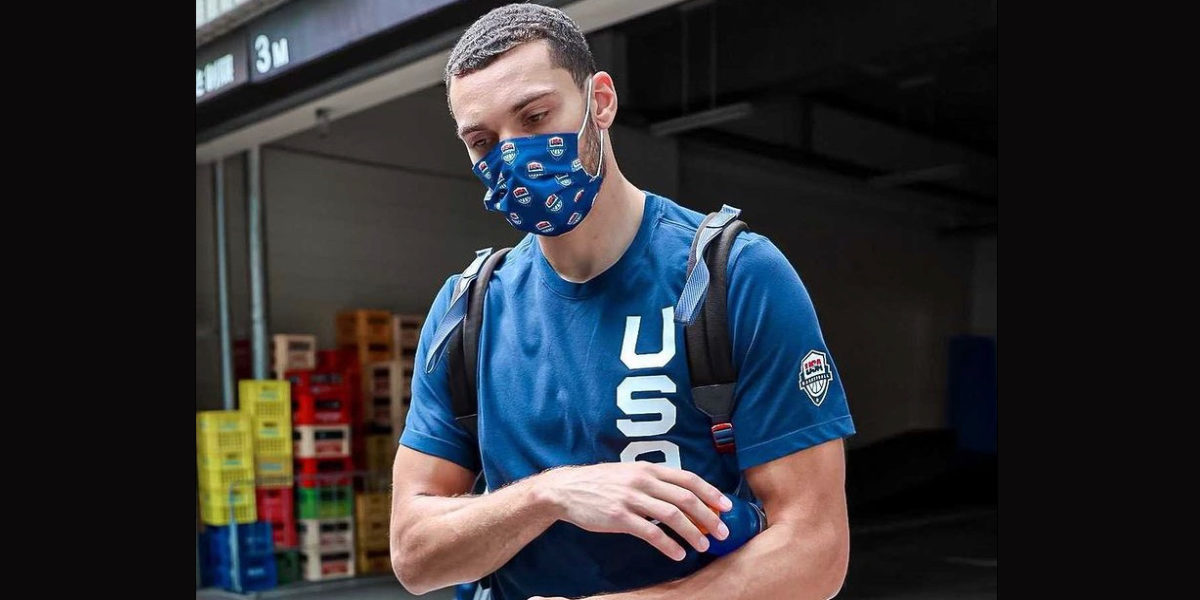 After startling us wth with a brief one-day stint in health and safety protocols, Zach LaVine was given the green light to head to Tokyo.

The Chicago Bulls All-Star flew separately to meet with his Team USA colleagues on Thursday, and USA Basketball recently posted on their social media that LaVine is officially back in the gym.

Yup, he sure looks good to me.

Team USA will continue to practice until this Sunday, July 25th, when they will officially start pool play against France. The game is set to tip-off at 7:00 a.m. CT.

Meanwhile, it sure looks like LaVine’s teammates are happy to have him in the Olympic village. Kevin Durant – well-known Chicago Bulls superfan – went live on Instagram early Friday morning and stopped by to say hi to LaVine. During their exchange, Durant let viewers know what kind of role we can expect LaVine to play over the next couple of weeks.

ZL: “I’m going to be playing defense like I never have before. Show the world that.”

KD: “Billy Donovan, he’s going to play some defense out here for us.”

Too late, Zach. Donovan knows all.

Catch the full video below: