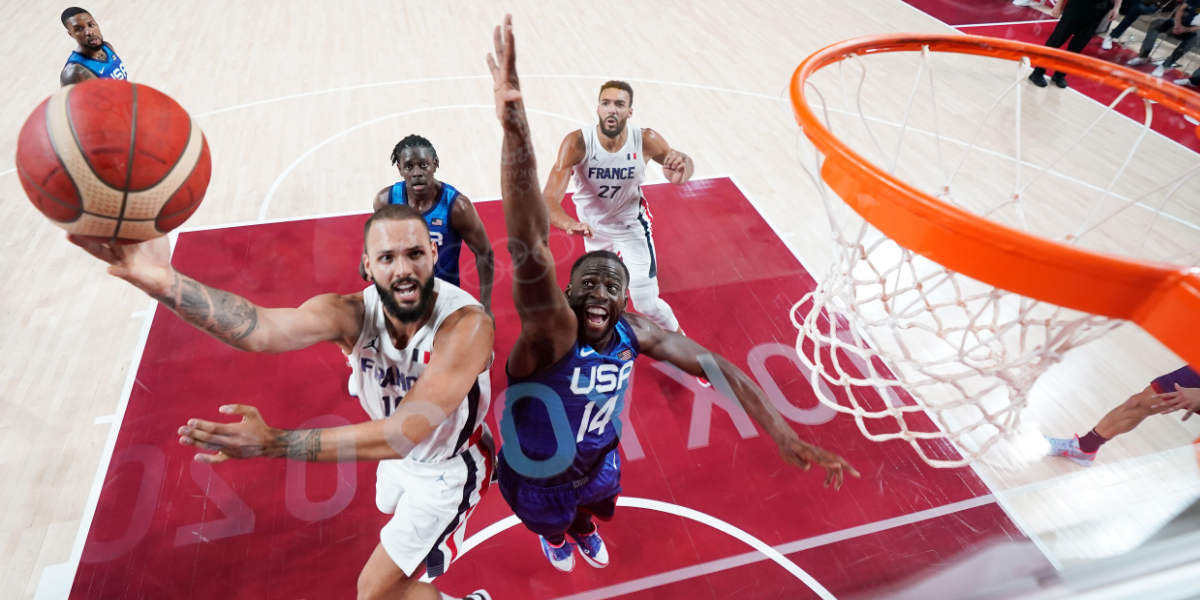 Fans who woke up early to watch Team USA battle France in their Olympic opener should have stayed in bed.

After a rough exhibition slate in Las Vegas where the group went 2-2, Team USA suffered their first official Olympic loss since 2004. Fortunately, while the 73-86 loss did snap a 24-game winning streak for the country, it did not take Team USA out of the running for a gold medal. France was arguably the country’s toughest competitor in Group A, and now they will get to play two more contests against Iran (July 28th) and the Czech Republic (July 31st) to earn a spot in the quarterfinals.

Team USA looked as if they finally got something to click as they walked into the locker room with a 10-point lead. However, after a dismal 3rd quarter where the French went on a 22-7 run, the US had to play catch-up. They regained the lead in the 4th quarter but saw it snatched away with a huge 3-point bucket by Evan Fournier with just 57 seconds to go. The big-time shot from the Celtic felt fitting, as he torched Team USA from start to finish with 28 points on 11-22 shooting.

France finished the game shooting 46.8 percent from the field compared to Team USA’s atrocious 36.2 percent. Kevin Durant fell into early foul trouble and finished the game with just 10 points (4-12). Meanwhile, Damian Lillard walked off the floor with just 12 points on a 3-10 performance.

Jrue Holiday was practically single-handedly responsible for keeping Team USA above water with 18 points, 7 rebounds, and 4 assists. Yes, that’s right, the guy who arrived in Tokyo not even 24 hours prior and won the NBA Finals earlier in the week was the best player on the team.

The Chicago Bulls Zach LaVine (who drew the start) also had his positive moments after picking up two early fouls. The All-Star finished with 8 points, 3 assists, and only one turnover. He had a pass or two that led to important trips to the charity stripe during the 3rd quarter and sank a big-time three to extend Team USA’s lead with 4:20 left to go. But, when the lights were brightest, he was one of three players to miss a key 3-point look (at least his wasn’t wide open!).

Grab a puke bucket and watch this possession.

Anyway, as I said, Team USA’s gold medal chase is still alive, but is it well? I guess we’ll find out next week.

You can look at the full box score here. Woof.