Does Derrick Rose Even Fit? Here Come the Rumors, Luka Doncic Goes Off, and Other Bulls Bullets Skip to content 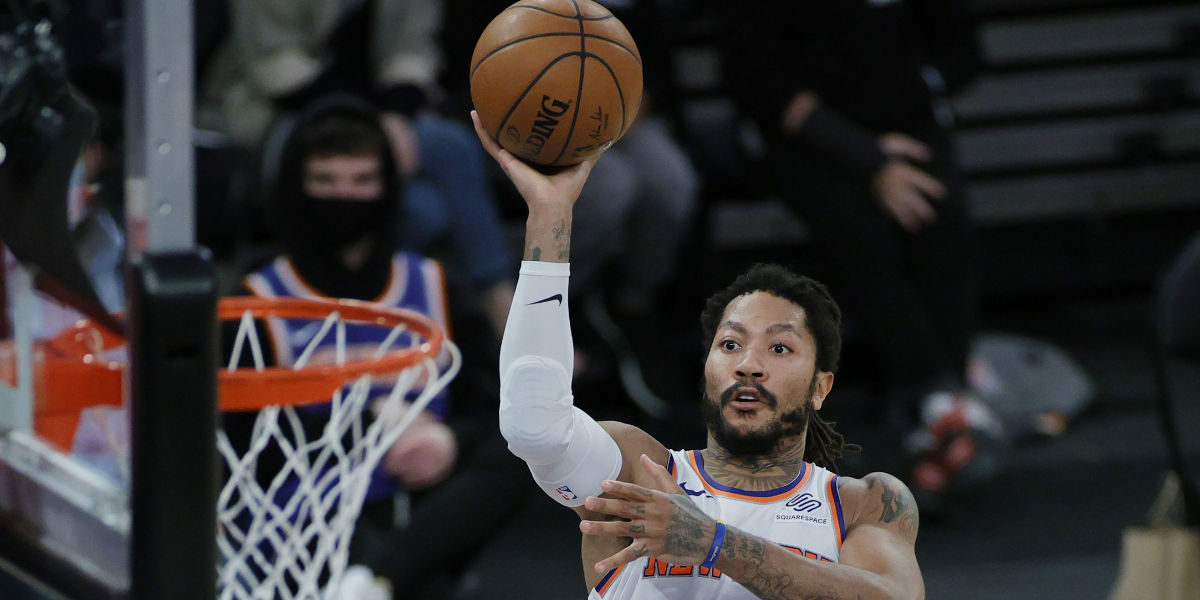 Speculation about a Derrick Rose reunion in Chicago is nothing new. Just like my girlfriend telling me not to wear my elf onesie in public during the holidays, we tend to hear this at least once a year.

However, when Adrian Wojnarowski is the one to connect the two sides, I think it’s fair to say we have to put an extra bit of weight on the rumor.

REPORT: Derrick Rose Could be on the Chicago Bulls Radar This Offseasonhttps://t.co/TMeFCMJa0J

•   While I understand the impact Rose had during his time in Chicago, as well as the sentimental value that would come with a reunion, I have long been against re-signing the former MVP. Not only did I think it was best for both parties to leave that in the past, but I have always been a basketball realist. Why re-sign someone if it did not make sense on paper? As the Bulls rebuilt over the past few seasons, there was no clear role for Rose. Yes, the roster has long needed a point guard, but Rose is no longer a starting option (or, at least, he should not be).

•   Now, with this updated rumor in the mix, I’ve had to rethink a possible signing. I do remain very cautious, and I do believe nothing will ultimately come of it. But I would be lying if I said there was still no basketball reason to consider Rose a viable piece. The front office clearly seems to feel the same way, and we now know that thanks to comments made by K.C. Johnson in his latest column for NBC Sports Chicago.

It’s why secondary targets such as Derrick Rose can’t be ruled out. In fact, internal conversations on the viability and fit of the former Bull and former most valuable player have occurred, just as they have with all candidates.

•   Chicago wants to take a competitive leap immediately. The front office made that clear with their trade for Nikola Vucevic and the hire of head coach Billy Donovan. I also believe the moves they make over the next few weeks will represent that desire. Rose helped the New York Knicks earn a No. 4 seed and break a long playoff drought last season. He also played some of his most meaningful basketball in recent memory, averaging 14.7 points and 4.2 assists off the bench. The performance was good enough to throw him into the Sixth Man of the Year conversation. With nine roster spots to play with and the need for depth at point guard, Rose could fit in Chicago. His veteran experience combined with his trustworthy ability to run the second unit could also help stabilize this remarkably inconsistent Bulls team.

•   Where the fit would get a bit foggy is his score-first mentality. While that could work as Coby White creeps his way back from offseason shoulder surgery, it could prove to be a slightly odd combination down the road (especially on the defensive end). With that said, Rose has demonstrated an ability to play more of a facilitating role as he has gotten older. Over his 50 games with Detroit in 2019-20, he carried a very solid 37.2 assist percentage which ranked in the league’s 92nd percentile, per Cleaning the Glass. Likewise, Rose is still someone who does most of his work near the rim and White is someone who loves to knock down the long-range jumper. Adding Rose could give Chicago quite the interesting offensive one-two punch off the bench, let alone a strong on-court mentor for White to round out his game.

•   Again, I still find this whole outcome to be a longshot. The likelihood of New York keeping him around feels high (they have a ton of cap space), and we also need to remember the Bulls have far bigger holes to fill. A starting point guard, a starting power forward, wing depth, and a backup center should all be solved before even imagining a Rose signing. A big reason for that is also because Rose will likely not come cheap. The Athletic’s John Hollinger puts Rose in the $10 million range for next season with a possible deal of two-year $20-25 million making sense this summer. Those are important dollars that can be put toward younger pieces at greater positions of need.

•   Speaking of important dollars, there has been plenty of talk about the Bulls moving on from Tomas Satoransky for increased spending power this offseason. Woj said the point guard has “a lot of interest” in league circles right now, which is something we must keep an eye on with the draft just three days away.

Tomas Satoransky Is Drawing “A Lot of Interest” in the Trade Markethttps://t.co/adl0CsAI7q

•  Considering the draft is that close (and free agency is on August 2nd), rumors will be flying at full speed over the next several days. Put a helmet on! Ha! The Chicago Bulls’ new front has done a surprisingly good job at keeping things from dripping down the pipe, but I have to imagine that can only last for so long. Also, I want to remind everyone to give any and all rumor posts a read (not just at BN Bulls, but everywhere). Many places are going to write about reports that surface, but the context inside the post is always going to tell you how much weight to put on those reports. The Rose stuff is a good example. Yes, the two have been connected, but it is not anywhere near what we have seen regarding Lonzo Ball. This has been a Public Service Announcement.

So I guess @luka7doncic is not bad at playing ball…

•   Luka Doncic went nuclear in his first Olympic appearance, tying the second-most points ever scored in an Olympics men’s basketball game. Oh, and this tweet puts into perspective how much better that performance was than anything we saw from Team USA.

Kevin Durant, Zach LaVine and Devin Booker each had more fouls than field-goals vs France. pic.twitter.com/llptiLux9v