Rumor Roundup: What Will Beal Do? Lowry Landing Spots, So Much Kuzma, More Skip to content 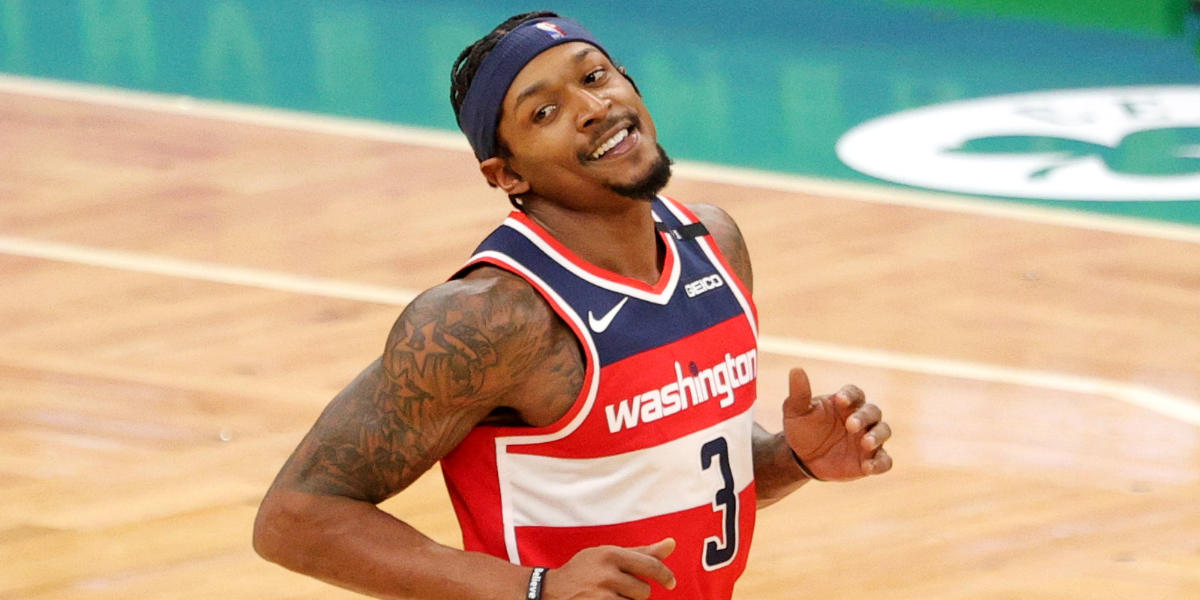 •   Bradley Beal and Damian Lillard are the disgruntled superstar posterboys of this offseason. With rumors spreading over the past couple of weeks that either/both could request a trade, the entire NBA universe has pretty much been in the palm of their hand. Beal, specifically, feels closer than ever to a potential departure from Washington. While the organization took a step in the right direction by returning to the playoffs last season, the framework to turn into a true Eastern Conference contender is lacking. With that being the case, it was not too surprising that The Athletic’s Shams Charania reported that Beal has “seriously been mulling his future in recent weeks.” Charania also wrote that a decision on whether or not Beal will finally ask out should come before the NBA Draft on Thursday night.

•   Fred Katz of The Athletic wrote more about the possibility of a Beal trade, reporting that Beal was not happy with his role in the head coach hiring process. He also mentioned the Warriors, 76ers, Hawks, and Heat as the teams to keep an eye on if Beal were to hit the trade market. In my opinion, the Warriors should be considered the top destination. While the 76ers could offer Ben Simmons in their package, that would be a substantial package to take on to begin a rebuild. Golden State, on the other hand, could offer a deal centered around two lottery picks in this year’s draft (No. 7, No. 14), future picks, and 2020 No. 2-overall pick James Wiseman. What about the Bulls!? Billy Donovan-Bradley Beal Reunion!? Eh, that would be ridiculously complicated for Chicago to pull off, especially with two future firsts already gone in the Vucevic deal. But let’s shut this conversation down. After all, Beal has yet to demand anything.

•   Meanwhile, as the Wizards try to keep their All-Star, the 76rs are trying to get rid of theirs. According to Keith Pompey of The Philadelphia Inquirer, the 76ers have interest in Raptors veteran Kyle Lowry, and the organization has tried to include Ben Simmons in sign-and-trade negotiations.

The #Sixers have expressed interest in Kyle Lowry. Here’s what it’ll take to land the #Raptors star in free agency. https://t.co/VREPinB9qZ via @phillyinquirer

•   The Action Network’s Matt Moore reported the Raptors do have plenty of interest in adding Simmons as they try to establish a new identity. However, Philly must have misunderstood just how interested the Raptors were because Moore also reported that Toronto turned down a trade idea that included Lowry, Fred VanVleet, OG Anunoby, and the 4th overall pick. Uh, I’m not quite sure how many glasses of scotch were finished off before that proposal was sent over, but I think it’s safe to say one too many.

•   Moore was also the one to throw Chicago in as a team interested in Lowry. Considering the cost and the Bulls’ lack of recent success, I’m not too surprised we have yet to see this rumor gain more traction. However, Arturas Karnisovas has proven to be nothing short of unpredictable in his first season in charge, so I guess we can completely rule anything out.

•   The Los Angeles Lakers were a team interested in Lowry at the deadline, but it is hard to imagine they can find a way to land the NBA champ with all the money they have tied up into LeBron James and Anthony Davis. With that in mind, the front office has not hidden their willingness to move on from guys like Kyle Kuzma and Kentavious Caldwell-Pope to open cap space. But don’t take my word for it! Here is what Adrian Wojnarowski said during his Free Agency Special with Zach Lowe on ESPN.

Woj, speaking about the Lakers offseason activity, says: “Almost every team I’ve talked to in the league has been offered some combination of" Kyle Kuzma and Kentavious Caldwell-Pope

•   The Indiana Pacers are the team to most recently get a Kuzma trade proposal alongside an edible arrangement at their doorstep (can not confirm that fruit was involved).

This is accurate. TJ Warren is healthy so they declined Kuz. Lakers have been hustling to jump into the lottery to get ahead of the Wizards https://t.co/ozto9dFRAZ

•   So what are the odds the Lakers try Kyle Kuzma and a second-rounder for Zach LaVine next?

•   Speaking of the Lakers, the Dennis Schroder ties to Chicago seem to be tightening. ESPN’s Brian Windhorst wrote that head coach Billy Donovan could be interested in a reunion with Schroder. Whether or not this is all smoke from Schroder’s camp to drive up his value is a fair ask. Although, to his credit, he is one of the more high-profile names on the market, so it’s not hard to imagine the Bulls have him somewhere on their free agency board.

•   There is no more smoke around Lonzo Ball … just fire. The Pelicans point guard has been rumored to be on Chicago’s radar since the trade deadline. New Orleans’ recently moved on from the money owed to Steven Adams and Eric Bledsoe to assumingly pursue a veteran point guard, thus opening the door further for the Bulls to attack Ball this offseason. However, while it could signal a greater desire to let Ball go, it also gives the front office more flexibility to match a contract sheet IF the pursuit of a veteran falls flat. Regardless, Chris Mannix does not seem to believe it will scare the Bulls from a strong push: “Chicago loves Lonzo Ball. I expect them to be big-time players for Lonzo Ball.”

•   With rumors swirling that we could see more trades than ever before, draft night could turn into utter chaos.  Jonathan Wasserman went over a ton of stuff we could see go down on Thursday night in his latest for Bleacher Report. Likewise, The Ringer’s Kevin O’Connor gave some juicy information in his latest mock draft. I strongly recommend you check out both.

•   BTW: I know it is easy to tune out this year’s draft since Chicago is without a first-round pick, but let’s remember (1) they can always trade into the first round, and (2) this is a very deep draft.