Second Round Spotlight: Four Players Who Could Fill a Need for the Bulls at No. 38 Skip to content 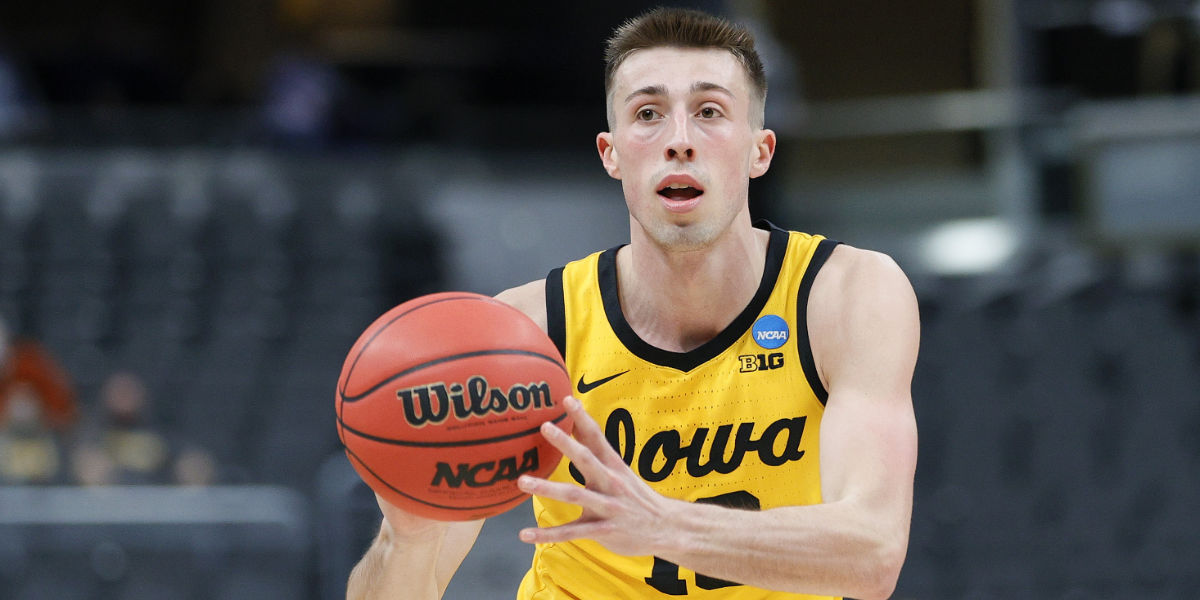 Draft night is one day away.

I REPEAT: DRAFT NIGHT IS ONE DAY AWAY!

Here are four more prospects I believe could/should be on the Bulls’ radar heading into tomorrow night.

You can check out the previous two editions of this series here and here.

When Jason Preston is selected on Thursday, it will undoubtedly be one of the best stories of the night. The 21-year-old went from committing to the University of Central Florida as a full-time student to playing for a post-grad prep school “C” team to receiving an offer from two D1 schools to leading Ohio University to the NCAA Tournament as one of the best guards in college basketball. His ascent to the NBA has been completely unconventional, which (funny enough) is pretty darn opposite of his playstyle.

Preston’s basketball career has exploded thanks to his well-rounded game and high basketball IQ. The guy has a knack for making at least one highlight-reel-worthy play a game, but his real promise is rooted in his natural ability to play like a vet. During his junior season at Ohio University, Preston averaged 15.7 points, 7.3 assists, and 7.3 rebounds per game. Preston shot an excellent 51.4 percent from the field and 39.0 percent from downtown.

With his combination of efficient shooting and strong playmaking, Preston has the skills to be a truly useful combo guard off the bench at the NBA level. Not to mention, his 6’4″ frame and 6’8″ wingspan should help keep him from being run off the floor on the defensive end (though, he needs to add plenty of strength). For a team like Chicago, Preston’s trustworthy 3-point stroke would be a welcomed sight, but his ability to convert at the rim might be that much more important. While it’s fair to have concerns about how he will deal with NBA size, he could turn into a legitimate threat off the pick-and-roll with his strong touch on floaters and around the rim.

Any concern about Preston can normally tie back to his lack of sheer athleticism. He is not an explosive player, nor is he well-equipped to consistently create the space necessary to get his own shot off. At the NBA level, teams would likely rely on him more as a secondary playmaker than a reliable scoring weapon.

When Joe Wieskamp showed up to the Draft Combine in Chicago, he did not mess around. The Iowa prospect significantly rose his draft stock with great measurements and an electric scrimmage performance.

Very good day here at the combine for Iowa’s Joe Wieskamp. Everyone knows he can shoot, but he looks good physically and has been active on defense. Finished with 26 points and 10 rebounds.

When we think of ideal role-playing wings in today’s league, Wieskamp checks a lot of boxes. He is a 3-point marksman who converted 46.2 percent of his 3-pointers last season for the Hawkeyes (5.1 attempts per game). The guy is a hardworking, energetic player who fights for rebounds, makes the extra pass, and cuts strong to the cup. Even more encouraging, he has the size and quick feet to be a multi-positional defender.

We all know the Bulls need to bolster their wing depth, and it’s hard not to see Wieskamp as someone who could fit into the rotation immediately with ease, especially if he turns out to be a plus on the defensive end. Wait, so why isn’t he higher!?

Well, what you see is kind of what you get with Wieskamp. While he did show some exciting athletic bursts at the combine, it is hard to believe there is much more room for him to grow. Wieskamp is not a great passer or distributor, he is not a very strong threat to score inside the 3-point line, and he is not a gifted ballhandler. He is a potential 3-and-D bench guy, and that is probably it. But, hey, a lot of teams need that … including the Bulls!

The Bulls could be thin at power forward once free agency officially opens up, but Jeremiah Robinson-Earl could help prevent that. The Villanova Wildcat had a solid second season averaging 15.2 points, 8.5 rebounds, and 2.2 assists, but it was not enough to prevent him from fluctuating heavily across draft boards and mock drafts this summer. I’ve seen Robinson-Earl go from anywhere in the early second round to the 50s-range

Ultimately, however, I do think he should go right around the Bulls’ No. 38-overall pick. Robinson-Earl is exactly the kind of hustle player most NBA teams love to have in the second unit. He hunts for charges, invites contact, crashes the glass, and throws dunks down with a little extra spice. No, he isn’t going to consistently create his own offense or knock down the 3-ball at an efficient clip, but he has good footwork and strong decision-making that helps work inside the free-throw line.

The real reason he should be considered for the Bulls, though, is because of his defensive versatility. He may not be as elite of a defensive prospect as a guy like Herbert Jones, but he is a guy who can effectively switch onto players along the perimeter. This skill set is what could get him on the NBA court right away.

An experienced guy who knows how to take a backseat to star talent, Ayayi feels like someone I can already see covering up a defensive mistake by Zach LaVine before hitting the catch-and-shoot 3 off a Nikola Vucevic kick-out. He is a player who limits mistakes and never tries to do too much (unlike Earl-Robinson). I like that.

With the Zags last season, Ayayi averaged 12.0 points with 6.9 rebounds and 1.1 steals per game. He shot 57.5 percent from the field and 38.9 percent from downtown. The frequency in which Ayayi was relied upon on the offensive end may not have been all that high, but he always found a way to make the most out of the opportunities he got.

Ayayi is a smart two-way player who simply has a knack for being in the right place at the right time. I really like his upside as a passer, and I already trust that he can physically match up with a handful of NBA wings. He is not going to turn into any kind of significant needle-mover, but he could be the guy who bounces around from one successful team to another because of his constant effort and well-rounded skill set. In my opinion, I see him as a small Trevor Ariza or Dorian Finney-Smith. Again … I like that.