REPORT: Lakers Close to Acquiring Russell Westbrook from the Wizards Skip to content 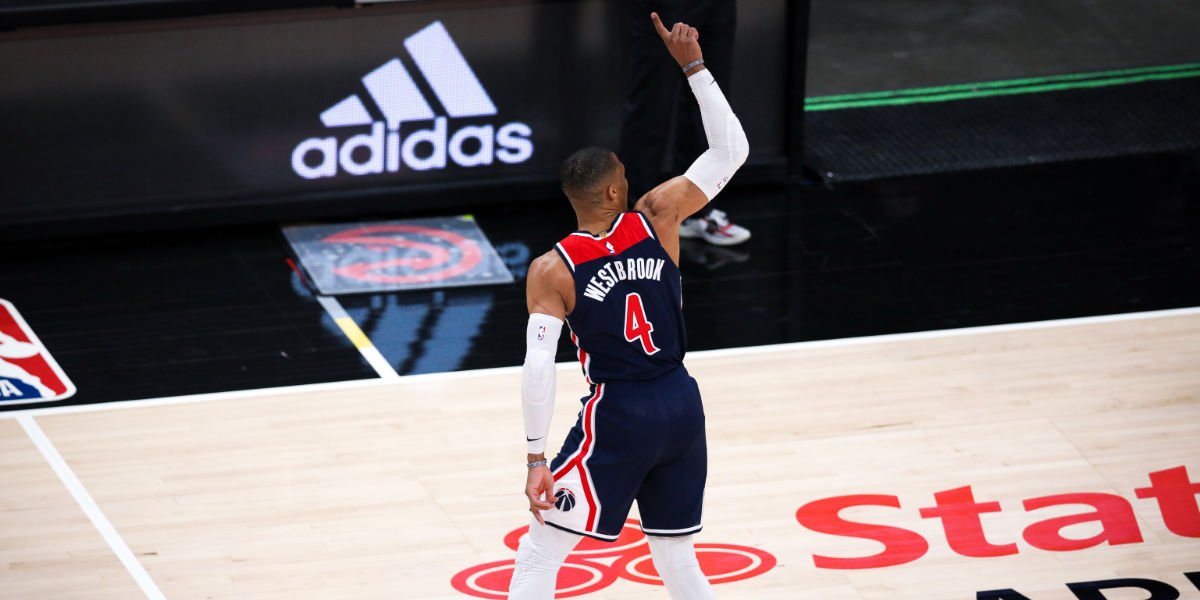 Where is the gif? Someone get me the gif.

The NBA Draft is still not supposed to start for another couple of hours, but the trade talk is already on full blast.

A couple of minutes after Adrian Wojnarowski announced a deal that would send the Brooklyn Nets Landry Shamet to Phoenix, The Athletic’s Shams Charania dropped a nuke. According to the NBA Insider, the Los Angeles Lakers are in talks to land veteran point guard Russell Westbrook. The deal would reportedly include players Kyle Kuzma, Montrezl Harrell, and Kentavious Caldwell-Pope heading to D.C.

The Lakers are near a deal to acquire Washington's Russell Westbrook for Kyle Kuzma, Montrezl Harrell, Kentavious Caldwell-Pope and a 2021 first-round pick, sources tell ESPN.

The Lakers and Wizards are discussing a trade that would send Kyle Kuzma, Montrezl Harrell, Kentavious Caldwell-Pope for Westbrook, sources tell @TheAthletic @Stadium. The Lakers' No. 22 pick in the Draft could be in play, too. https://t.co/RQOnlyVnBS

We learned the Lakers could have an interest in Westbrook earlier this week when Bleacher Report’s Jake Fischer wrote that several sources connected the two sides.

There is no question the move will greatly impact the team’s depth this upcoming season, as well as limit them financially as free agency opens up. But after a first-round exit this season and LeBron James not getting any younger, we know this organization wants another ring next season.