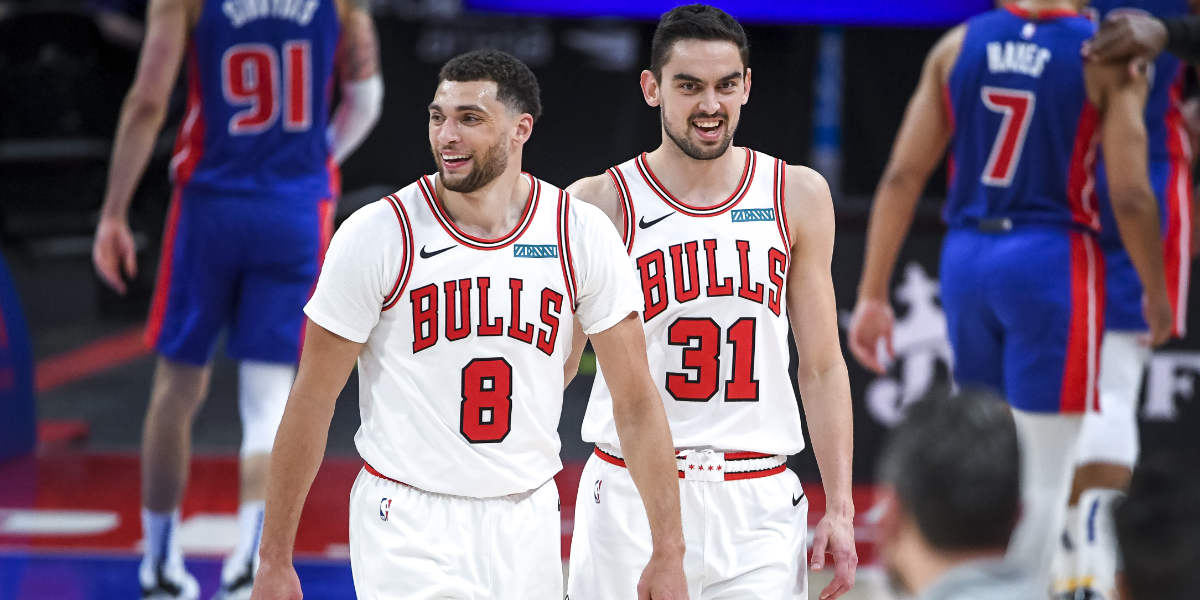 The Chicago Bulls extended Lauri Markkanen a qualifying offer projected to be worth roughly $9.0 million on Friday. The decision officially makes Markkanen a restricted free agent, thus allowing the organization to match another team’s offer sheet or hunt for a sign-and-trade.

My guess is that Arturas Karnisovas is working diligently to make the latter happen, but I’m sure he is also prepared to let The Finnisher walk if a deal can not be reached. While it’s never ideal to lose an asset for nothing, all signs point to the front office wanting to leave the money and roster spot open for more options.

Speaking of which, we learned earlier on Saturday that the Bulls have mutual interest from both Lonzo Ball and Derrick Rose.

Derrick Rose and Chicago Bulls Reportedly Have “Mutual Interest” in a Reunionhttps://t.co/MV3WylLdch

•   New Orleans officially handed Lonzo Ball his qualifying offer this morning, according to ESPN’s Andrew Lopez. Similar to the Markkanen situation, we all saw this coming, and it should not mean much in terms of the front office’s preference to move on from him.

The Pelicans have extended the qualifying offer to both Lonzo Ball and Josh Hart making them restricted free agents, sources tell ESPN.

•   Devon Dotson news! The Bulls’ 21-year-old undrafted free agent also received a qualifying offer, according to Spotrac’s Keith Smith. The 21-year-old point guard was on a two-way contract last season, appearing in just 11 total games. Chicago could always hand Dotson a full-time roster spot, but the qualifying offer (if I understand correctly) should keep Dotson as one of the team’s two players on a two-way contract. Spotrac lists the value of that offer at $1.4 million. With the Windy City Bulls expected to be back up and running this winter, it will give this front office a much better chance to evaluate Dotson. The sophomore guard is also expected to participate in Summer League, which starts on August 8th.

•   Just a thought: Bleacher Report’s Jake Fischer wrote that the Chicago Bulls could look to sign multiple point guards this offseason, with Ball and Rose as the two specifically mentioned. He also went on to lump Chicago in as a possible suitor for Bucks guard Bryn Forbes (who will hit the open market). We can not rule any of this out, but I think we also need to keep in mind that the Bulls need help at the wing and power forward. The frontcourt spot alongside Nikola Vucevic is especially something they must put high on their priority list. Lauri Markkanen is likely headed elsewhere and Thaddeus Young could be gone depending on how much cap space the teams wants to open (even if Young stays, though, he is not getting any younger).

•   Daniel Theis played plenty of four last season, but he is more of a backup center. Oh, he is an unrestricted free agent and has interest from the Houston Rockets too, per Fischer.

•   Is Team USA back on the right track? The squad matched up with the Czech Republic Saturday morning and walked away with their second consecutive dominant victory. Zach LaVine got to play against his teammate Tomas Satoransky, and the two finished with a similarly impactful performance.

•   LaVine clocked 20 minutes off the bench and finished with an efficient 13 points on 5-7 shooting. The Bulls All-Star continued to work his ass off on the defensive end, and he had another strong performance facilitating the basketball. After dishing 8 assists in his battle with Iran, LaVine finished this one with 5 assists. I’m sure Sato was proud!

I feel like Zach LaVine is going to be the one who gains the most from this Olympic experience, as he learns from KD and Dame and Draymond, and then uses all this new information to destroy the league.

Prominent NBA agent Nima Namakian has launched @InnovateSports and will collaborate with BDA and WME Sports on behalf of his clients, including stars Zach LaVine and Deandre Ayton among others in the NBA.

•   I was going to audition, but the Bulls told me I was too good.

Auditions are underway for this year’s Luvabulls! 💃

•   Nikola Vucevic’s offseason is a vibe.