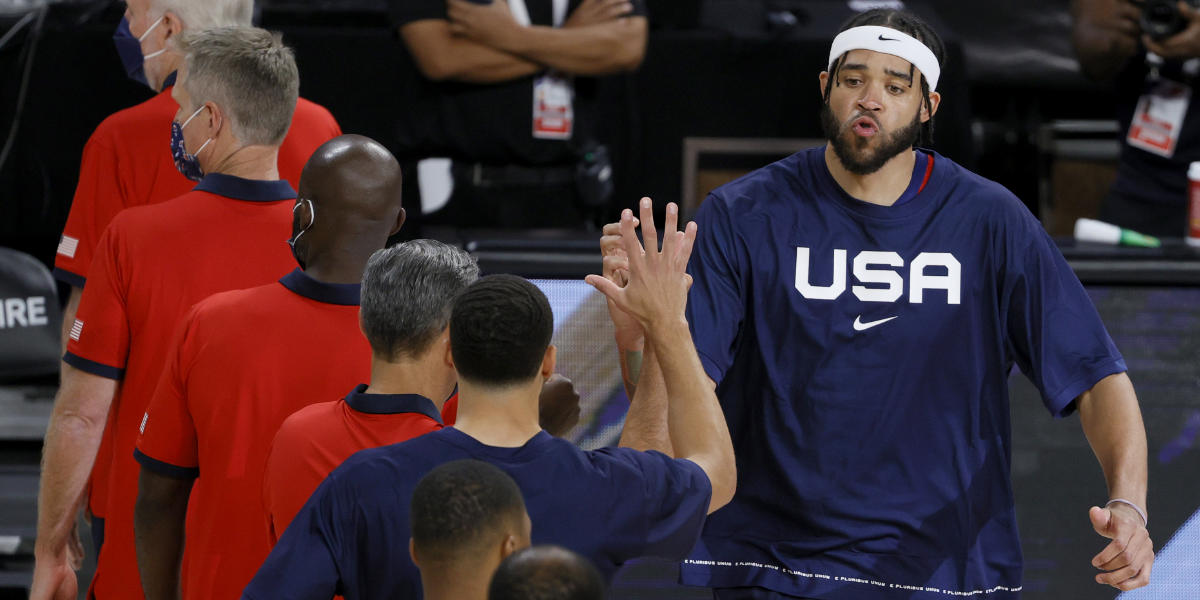 Yahoo Sports’ Chris Haynes went on NBA TV last night to talk all things free agency. The insider’s biggest Bulls-related news was certainly his linkage between the Bulls and Lonzo Ball, but he also dropped another small nugget we should not ignore.

Take it away, Chris (emphasis mine):

“Those teams that have JaVale McGee in mind are the Atlanta Hawks, Phoneix Suns, Sacramento Kings, and the Denver Nuggets, and also the Chicago Bulls, as well.”

I did not see that one coming, but why not!

JaVale McGee is a 13-year NBA veteran who has won three championship rings. While never the flashiest name or highest-impact contributor, McGee has carved himself out a much-needed niche as a reliable ring protector and strong locker room presence. He is currently in Tokyo competing with Team USA (alongside Zach LaVine) because of that exact skill set.

The Chicago Bulls surely have frontcourt depth on their priority list this summer. With Lauri Markkanen likely head out the door, Daniel Theis in the open market, Thaddeus Young’s future in doubt, and Marko Simonovic a complete unknown, the team is in desperate need of backup big men. McGee would not only provide valuable playoff experience, but he would bring head coach Billy Donovan a compliment to the offensive-minded Nikola Vucevic. McGee can be the more traditional rim-running big man who focuses on providing a spark off the bench and doing the dirty work. Even better, he might be able to do all of that on a minimum deal.

With that said, The Denver Post reported that multiple teams are interested in McGee’s services, and McGee has said he is “definitely” interested in returning to the Nuggets. If there is mutual interest in Denver, it could be hard for any other team to pry him away. Nuts.

McGee would be a fine addition to the Bulls bench, but it is never too hard to find a traditional big who can eat minutes. Cristiano Felicio, anyone? (that’s sarcasm, please don’t hurt me).