Miami Heat Emerge as Front Runner For Kyle Lowry, Which Could Poke a Hole in Bulls Plans for Lonzo Ball Skip to content 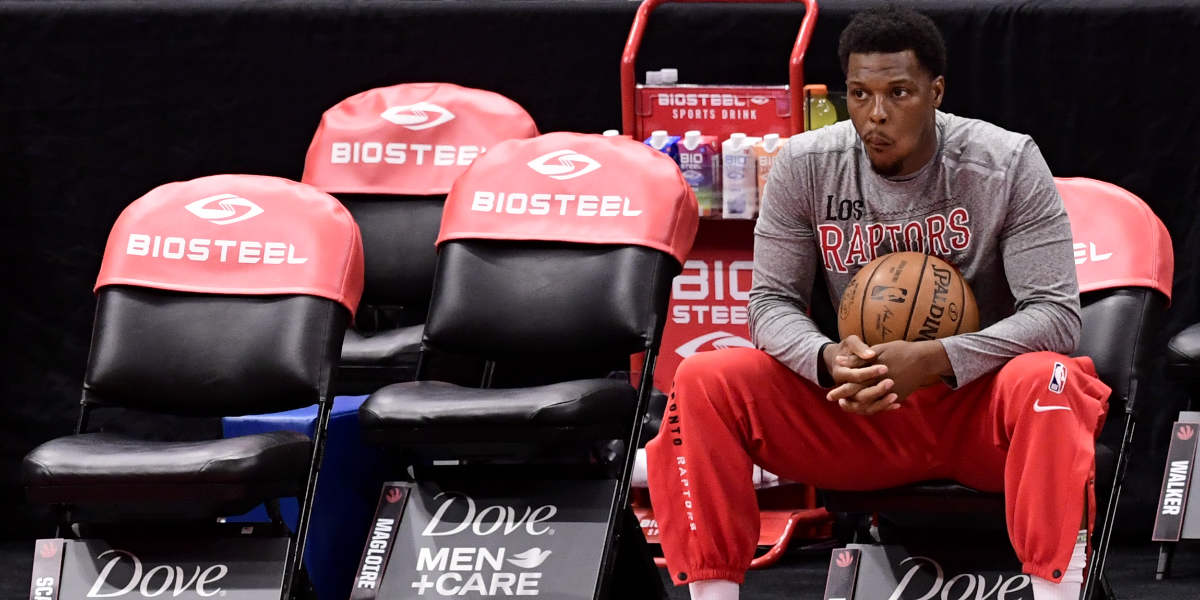 On Saturday night, Yahoo Sports’ Chris Haynes reported that it would take a “catastrophe of a hiccup” for Lonzo Ball to not end up in Chicago. Well … we might already be on the verge of exactly that.

According to ESPN’s Adrian Wojnarowski, the Miami Heat are expected to be the frontrunners to land Kyle Lowry when free agency opens up tomorrow at 5:00 p.m. CT.

Lowry's long been intrigued with joining Heat star Jimmy Butler and the Miami organization, and now Miami's maneuvered to have two key elements of a possible sign-and-trade package – Goran Dragic and Precious Achiuwa — to offer Raptors once talks can ensue at 6 PM, per sources. https://t.co/MrpMhhB7aJ

And according to the Miami Herald’s Barry Jackson, both New Orleans and Dallas have started to look elsewhere to fill their point guard position.

ESPN reports tonight that New Orleans and Dallas – two Lowry suitors – have begun to look elsewhere for point guards. The Dragic/Achiuwa package should get this done for Lowry barring any late issues; Achiuwa hasn't yet been informed because talks can't begin until 6 p.m. Monday. https://t.co/Pw31JMjpjc

Ignoring the fact that this is overtly tampering, the Chicago Bulls can not be happy to hear this news.

The New Orleans Pelicans traded Eric Bledsoe and Steven Adams to the Memphis Grizzlies to open the necessary cap space to make a run at Lowry, who’s acquisition would make parting with Ball (one way or another) more palatable. However, if Lowry is out of the equation, the likelihood of the Pelicans keeping Lonzo Ball feels like it should increase quite a bit.

Given the understandable pessimism in circulation about the Pelicans’ ability to win the Lowry Sweepstakes in competition with a number of teams closer to true contention, New Orleans has also been increasingly mentioned as a likely suitor for Brooklyn Nets point guard Spencer Dinwiddie when free agency officially starts Aug. 2.

If Dinwiddie falls through, however, one has to wonder what the Pelicans do next. After all, Ball is a familiar face, and he does appear to have the backing of franchise cornerstone Zion Williamson, who told reporters back in May that he hopes Ball stays.

Chicago has to hope that the relationship between Ball and the Pelicans is too far gone for a reunion. For weeks, reports have suggested that the franchise was not interested in matching an offer sheet for Ball, and the more recent news said Ball and the Bulls have mutual interest. While the decision is not completely in Ball’s hands, there is always a world in which his longing to be elsewhere could have his agent, Rich Paul, aggressively push the Pelicans to send his client on his way. The Pelicans might respond with a more lucrative sign-and-trade demand. Only time will tell.

At the end of the day, I still like the Bulls’ chances with Ball after all the smoke we’ve seen, but there is no question things feel a bit iffier than they did this morning. Good thing there is less than 24 hours before we should learn more!