Zach LaVine Talks Contract Situation, Says He Will be Kept "Up to Date" with Bulls' Free Agency Plans Skip to content 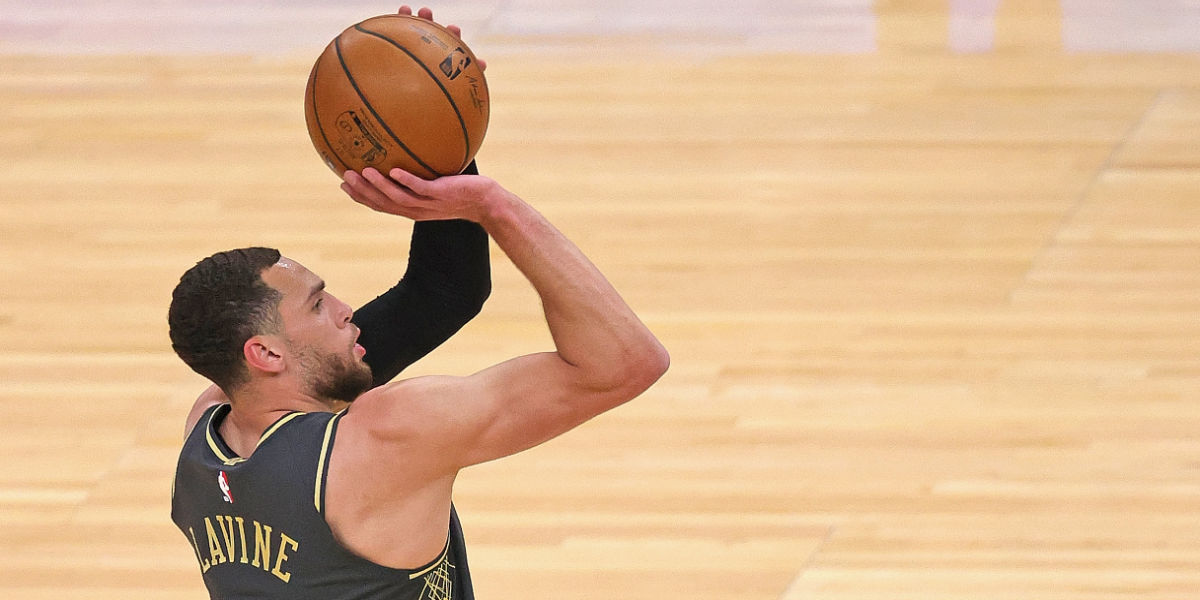 Zach LaVine has already talked plenty about his contract situation with the Chicago Bulls, but he reiterated where things stand on Monday morning.

His comments read very similarly to the thoughts he shared with NBC Sports Chicago’s Rob Schaefer in an exclusive one-on-one interview earlier this month. LaVine said he wanted to stay in Chicago “long-term,” but he also pointed out the complexity of a possible extension this offseason.

Obviously, I want to be with the Bulls, and you don’t want to implicate free agency, and I understand, like the cap room that goes into it with a sizable extension with me. So, I want the team to be good, but then I also want to be taken care of as well. I feel like I’ve done really well by the Bulls, and obviously I want to be here long-term, and I feel like I deserve what I get. So, it is what it is. We’ll figure [it] out when that comes. If it’s this year or next year, we’ll just see what happens.

I think I understand where I’m at as a player and what I deserve, and I think the Bulls do as well. It just depends on when we want to do it.

All signs point to the Bulls being ready to hand LaVine a max-level contract. However, as LaVine mentions, it is more a matter of when not if. Completing an extension this offseason would eat into the salary cap. The front office would need roughly $14 million to renegotiate LaVine’s contract next season into the max territory, which would then allow for them to offer him the same kind of extension he could be rewarded in 2022. Doing this would ensure there is no chance of LaVine testing the open market next summer, but it would also greatly restrict any flexibility they have in 2021 free agency to add high-impact talent.

So while I’m sure LaVine is interested in getting more money ASAP, he also seems plenty interested in playing alongside a better supporting cast. With that being the case, if both parties are truly loyal to one another, waiting for next summer could be the best way to ensure (1) the team improves and (2) LaVine gets what he deserves.

“We’ll have some conversations going forward,” LaVine said about his possible contract negotaitions (h/t NBC Sports Chicago’s Rob Schaefer). “I think free agency’s going to play a big part in that with other players and constructing the roster. But me, AK (Artūras Karnišovas), Marc (Eversley) all talk and we’ll get to the bottom of it.”

We never know what Karnisovas has up his sleeve. The Bulls still could renounce all their free agents, stretch-and-waive a guy like Al-Farouq Aminu, and move off the money owed to Tomas Satoransky and Thaddeus Young (who are on the trading block) to open the kind of spending power it would take to add quality talent and extend LaVine. But all of that will depend on how the cards fall at 5:00 p.m. CT, which is something LaVine will be monitoring closely.

“I should have a good idea what’s going on,” LaVine told reporters (again, h/t NBC Sports Chicago’s Rob Schaefer). “I take that very serious, keep up to date with what’s going on back home, but obviously still get my rest cause we got a game tomorrow. One way or another I’ll find out.”

If the front office is truly keeping LaVine in the loop on these things, it only makes me feel more optimistic about LaVine’s future in Chicago. As long as the move that might hurt the ability for an extension to be reached this summer gets the thumbs up from LaVine, we should be in good shape.