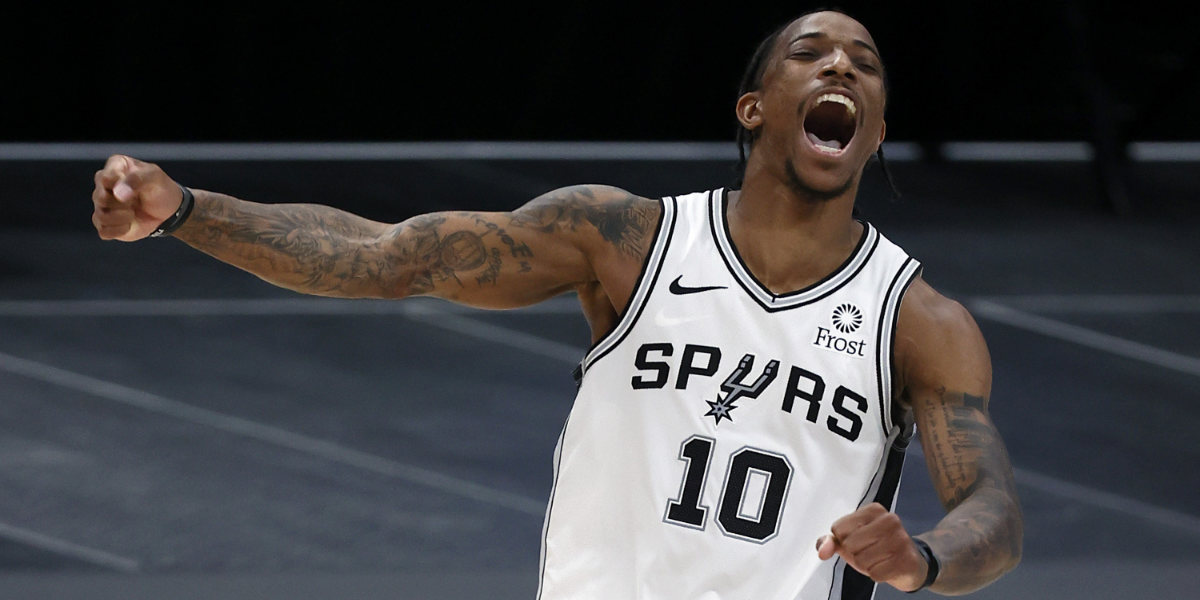 If one thing is for sure, when the Chicago Bulls front office knows what they want, they go and get it … literally.

According to ESPN’s Marc J. Spears, Marc Eversley got on a flight at the start of free agency to head out west. The Bulls general manager arrived in Los Angeles with the goal of getting DeMar DeRozan to ink a fresh multi-year deal with Chicago, and he left with just that.

Source said the Lakers and the Clippers were also open to meeting with DeRozan although the trip to visit him wasn’t as far as it was for Chicago, well, depending on LA traffic.

Spears said the two sat down for a two-hour meeting, and Eversley clearly sold the four-time All-Star on the organization’s vision.

Considering the past DeRozan and Eversley share, I guess we should not be too shocked by the outcome. Eversley started his NBA executive career in Toronto after leaving a meteoric rise at Nike. He was an assistant general manager in the Raptors front office for seven seasons, and it was in that role where he played a pivotal part in drafting DeRozan. Funny enough, this was something the Bulls even made sure to mention in their initial release on the Eversley hiring. Foreshadowing?

Of course, we can not think about his journey without thinking about the front office’s very similar pursuit of Billy Donovan. The story has been well-documented at this point, but Arturas Karnisovas called Donovan while he was on his way back to Florida after the head coach decided to leave OKC. Karnisovas told Donovan he was going to fly to Florida to meet with him right when he arrived. Donovan went on to ask for a little more time, so Karnisovas arrived a day or two later to sell him on the Bulls job.

You got to respect the grind. Going and often taking what you want is supposed to be one of the perks of a major market. Chicago has a deep history and a vibrant city to sell (not to mention, money to spend). While everyone might not agree with the exact moves this front office has made, the willingness to attack a better tomorrow is a refreshing sight to see.