Zach LaVine's Defense(!), Tony Bradley, What's Up With Markkanen? And Other Bulls Bullets Skip to content 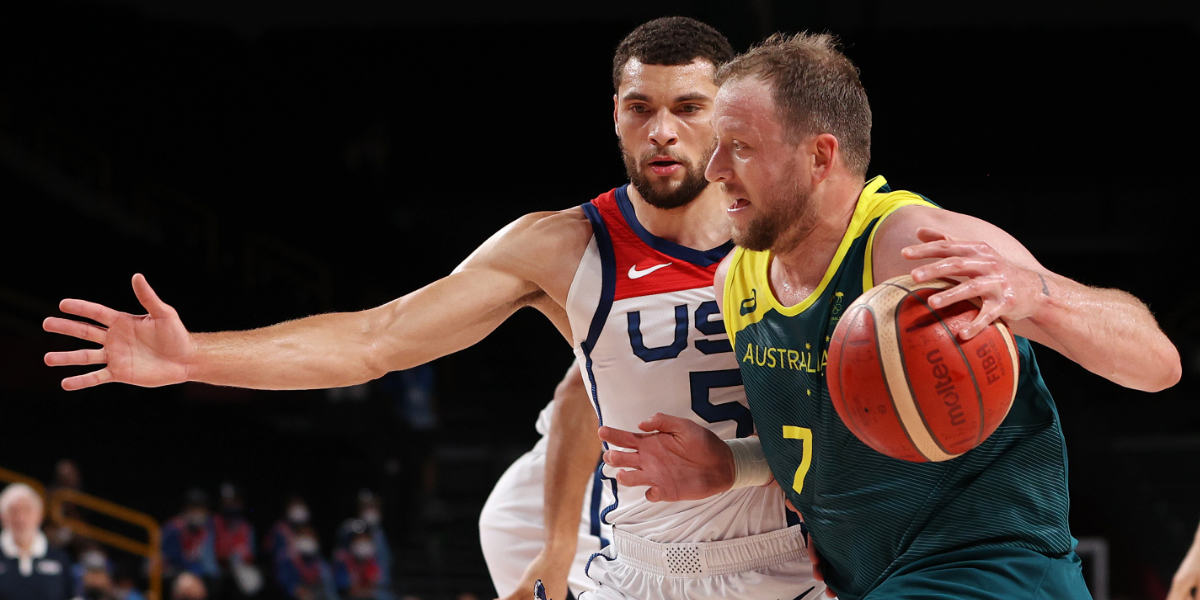 What do those numbers represent? I’ll give you a minute.

“How many people hit on you the last time seven times you went to the bar!?” Good guess, but not.

Those are the total number of wins Zach LaVine’s team had in each of his first seven seasons in the league. If you don’t want to do the quick math, it adds up to 178 of a possible 547 games. Of course, Zach LaVine did not appear in every single one of those contests, but it is hard to say the tally would be all that different if he did. The guy’s teams have straight-up stunk.

•   I think the seasonal win counts best sells how sucky things have been for the Bulls’ star, but what NBC Sports Chicago’s Kevin Anderson shared last night does a pretty damn good job too.

After Team USA's win, Zach LaVine has now won 4 straight games as an active player for the first time since he was at UCLA (The Bulls won 7 straight when LaVine was recovering from ACL surgery).

•   Yup, with Team USA knocking off Australia early this morning, Zach LaVine finally picked up his 4th-consecutive victory since his freshman year at UCLA. Only one other time did a roster he played for achieve that, and Anderson notes that it happened while LaVine was on the sideline.

•   With all these losses surrounding his name, it’s not hard to see why it has taken time for the NBA universe to come around to LaVine’s skill set and upside. But that does not mean it’s fair. Far too often in the past have we forgotten how the environment plays a role in our perception of a player. I’ve fallen victim to it at times as well. Fortunately, however, I think this past season led many to become more self-aware of this bias. The rise and deep playoff run of Devin Booker and Trae Young reminded everyone of the importance of team-building and situation. Of course, LaVine has also done a lot of the dirty work himself. He flipped the script this season with an undeniably efficient scoring performance and All-Star campaign. Now, LaVine is also a key rotation member in Team USA’s gold medal chase, and he looks the part!

Zach LaVine is Getting Plenty of Love as Team USA Heads to Gold Medal Matchuphttps://t.co/YSRcieHf7T

•   LaVine has really turned heads with his impact on defense. A very popular knock for years has been his inability to stay in front of opposing guards and provide any true plus-level play on that end of the court. This past season we saw improvements, at least with the eye test. LaVine looked more engaged at times, and he played with more active hands and rotated well. With that said, we have never seen what he has been doing in Tokyo. LaVine is picking up opposing players at halfcourt, sticking on their hip, and forcing legitimate stops. He has repeatedly been called upon to be a defensive anchor by head coach Gregg Popovich, and it actually sounds like he would not have it any other way:

“I want to bring energy. I can play multiple positions, I can guard multiple positions,” LaVine told Sam Smith of Bulls dot com earlier this month. “I always feel when I get out there that I’m one of the more athletic guys. So bring energy, try to defend as many people as I can. I feel like that can be a niche I have on this team. Obviously, my scoring ability is known. But everybody can score, so I want to find something else that will keep us in games.

•   When Kevin Durant, Damian Lillard, Jayson Tatum, and Devin Booker are gone, LaVine will have to step closer to his bucket-getting self. But that doesn’t mean the impact he is making overseas will not resonate next season. For the first time in his career, he has been able to focus on developing his defensive play in a competitive environment. No, I don’t think that means we are about to see an All-Defensive Team member rise from the ashes. After all his defensive RAPTOR last season, per FiveThirtyEight, was a dismal -1.6 (ranks 207th in the league), and his on/off differential of +4.4 on the defensive end ranked in just the 15th percentile, per Cleaning the Glass. But I do have little doubt this experience/practice will improve his instincts at least slightly moving forward. Not to mention, while he will return to the Advocate Center, he will not return to the same Bulls team. LaVine now has more help than ever before. Nikola Vucevic and DeMar DeRozan are two players who averaged over 20+ points per game last season. Not to mention, players like Ball and DeRozan can take over a lot of playmaking responsibility LaVine had to handle. The overall workload for the guy will be much lighter, which means he can reserve energy for a more consistent effort on the other side of the ball.

•   One of my biggest pet peeves is when basketball fans discredit a signing simply because they do not know the player. I saw this yesterday – albeit sparingly – around Tony Bradley. The Bulls needed a backup big man, and they could have done a lot worse than a 23-year-old on a minimum deal who averaged 7.1 points and 5.7 rebounds last season. He compliments Nikola Vucevic well by offering this roster a much more athletic rim-runner who can block shots and stay out of his teammate’s way. Just wait, I think he will come up big this season on several nights.

•   So what’s up with Lauri Markkanen? We are four days into free agency and the only report we have received is that the big man could not be traded to San Antonio because he was demanding too much money. I have to assume both parties still believe it is best to part ways, and I also have to assume some more suitors will rise now that the market has dried up. But, still, the longer Markkanen is on the market, the more likely it feels that he could return to Chicago next season on his qualifying offer.

Lauri Markkanen is Not With the Spurs Because He Reportedly “Wanted So Much Money”https://t.co/0cvp1yBVZ1

•   FWIW: K.C. Johnson says sign-and-trade scenarios are still out there.

Lotta hurdles to clear but could become big-man insurance. Lauri Markkanen’s status is unresolved as of now, although sign-and-trade scenarios still exist. https://t.co/RKi1N9Q0y6

He’s not a rookie anymore 😈 pic.twitter.com/PT7ZE86TKn