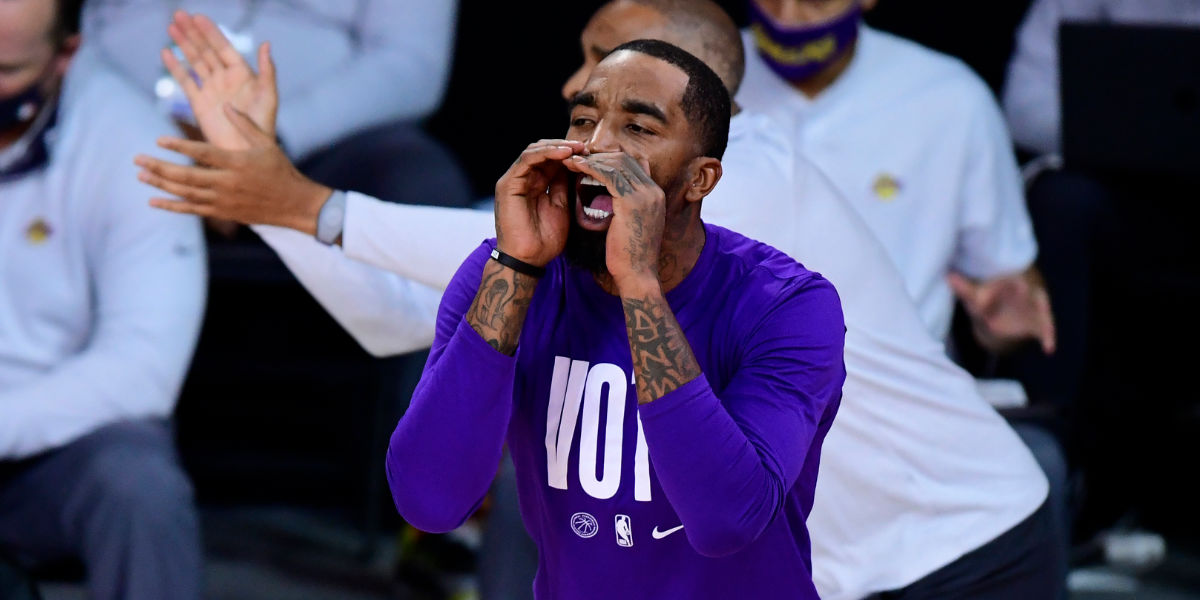 Technically, J.R. Smith was on a Bull for a week or so in July of 2006 (New Orleans traded him to Chicago for Tyson Chandler before Chicago flipped him to Denver, which totally counts). And the retired two-time champion (Lakers, Cavaliers) finds himself in the news today, as he’s enrolled at North Carolina A&T, according to the official PGA.

Indeed, Smith plans to join the collegiate golf team while earning a degree in liberal studies.

The 35-year-old J.R. Smith is enrolling at North Carolina A&T State University to pursue a degree in liberal studies and also is waiting on the NCAA and to sort out his eligibility so he can join the Aggies’ golf team. https://t.co/jiROvIapCm

The 35-year-old Smith is on the brink of becoming a college athlete. The NCAA still has to figure out his eligibility, per ESPN’s Adam Schefter, but considering Smith never played collegiate basketball (went directly from St. Benedict’s Prep to the NBA), it feels like he should be given the green light.

Smith has long been known as a very talented and obsessive golfer, so while his pursuit of the sport does not come as a huge surprise, the route he has chosen is pretty unconventional. I guess it goes to show it’s never too late to pursue your dreams (and get a great education!).

"Very special. I can't wait to be part of an HBCU Family." great to talk with @TheRealJRSmith here at @WyndhamChamp Pro-Am. Smith is enrolling at @ncatsuaggies (went to NBA straight from HS) and hopes to get NCAA Clearance to play on the @NCATAGGIES Golf Team. @WFMY #wfmysports pic.twitter.com/GzWuiVb95Q