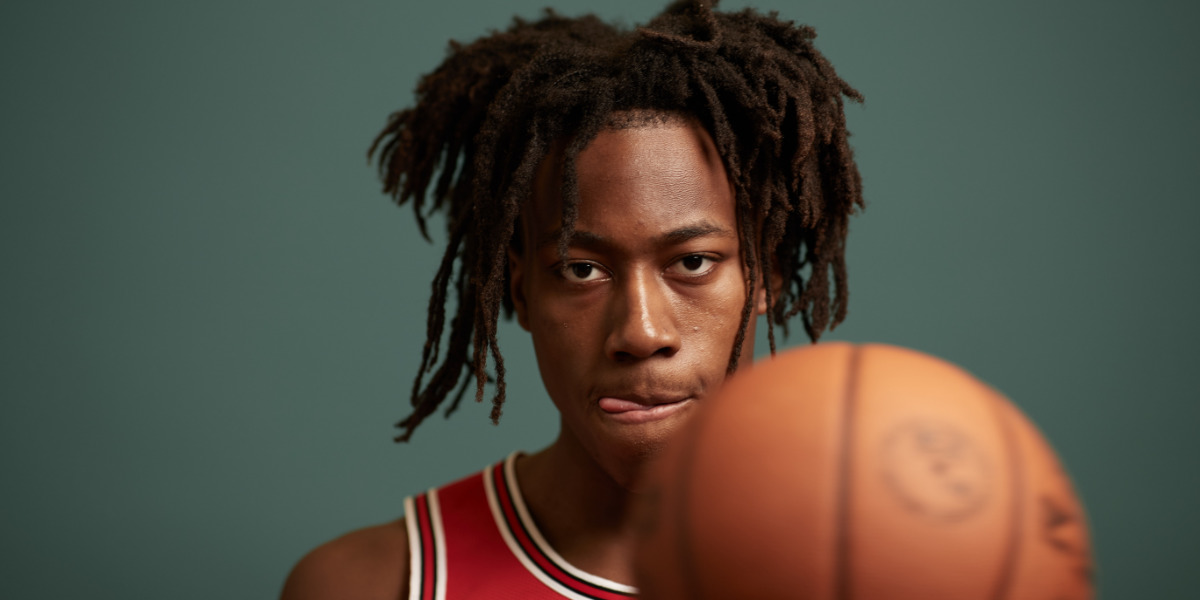 Does anyone have one of those hot plates for your coffee? If so, do you like it?

I have one, and I use it religiously, but I always hear very mixed reviews from people. And those mixed reviews also make me wonder if it’s not a commonly used item. I’m sure some work better than others, but if you’re like me and (1) HATE when your coffee even gets the slightest bit cold and/or (2) take long breaks in between sips of coffee, I highly recommend it.

•   With Devon Dotson and Patrick Williams out of the equation on Sunday night, Ayo Dosunmu got to play his game. The Bob Cousy Award Winner filled the lead guard role for just about all of the 31 minutes he was on the court, reminding everyone why he was viewed by many as a first-round prospect by finishing with 26 points, 7 rebounds, 3 assists, and only 2 turnovers. He shot an efficient 11-21 from the field and helped his team erase a 16-point deficit (though they still went on to lose 96-91). Dosunmu flashed his mid-range jumper, his touch around the rim, and his speed in transition. For those of us who watched him during his time at Illinois, it was a familiar versatile performance, which was very encouraging to see on the professional stage.

Ayo was locked in.

•   Between this and his great defensive outing against the San Antonio Spurs, Dosunmu has flashed enough to remind us why he was projected by many to be a first-round pick. Not elite in any one category or the most explosive athlete, Dosunmu can make winning plays across the court. He can use his length to grab the biggest rebound, his hands to force a much-needed turnover, his speed to push the tempo in transition, his smooth stroke to knock down a pivotal jumper, and his basketball IQ to execute the perfect PNR dish. With all of that in mind, it’s hard not to picture at least some kind of role for the No. 38-overall pick in the NBA long-term. But, while last night was a great reminder of what he can do, it was also a reminder of where he must improve.

•   Dosunmu played his best basketball of Summer League on Sunday simply because he had the ball in his hands. A player who has the 4th-highest usage rating in the Big Ten last season (29.2) and thrives when creating off the dribble, Dosunmu has never not (#doublenegative) been the No. 1 option since his high school days. Again, it’s encouraging to see him cook with the ball back in his hands against this level of competition, but the fact of the matter is he isn’t going to have this role/time to get into an offensive rhythm normally. With players like Lonzo Ball, Alex Caruso, Zach LaVine, DeMar DeRozan, and Coby White on the roster, the ball is going to bounce in many directions. Dosunmu was frequently a non-factor without the ball in his hands in college, and we saw a lot of the same when Dotson and Williams were on the court in the first three games. At the end of the day, Dosunmu will have to develop as an off-ball threat and defensive hound to increase his playing time over the next couple of seasons.

•   I sure would love to see some more of this in the Bulls’ second unit!

•   Marko Simonovic has been nothing but solid over his first four Summer League games. The Bulls’ new big man has shot 48 percent from the field this far, averaging 12.5 points per game. While I still have questions about how he will match up against more physically imposing NBA centers, I think there is no question he is best suited to play underneath the basket. Film of him overseas flashed a three-level scoring ability that made it feel as if he could slide in at power forward, but he has looked far more comfortable rim-running and embracing contact around the basket. Also, he has shown real promise as a screener and interior facilitator, which are two things the Bulls starting big man also does rather well.

•   Simonovic finished with 6 assists last night, including this SEXY (too much?) no-look dime.

•   Patrick Williams has wrapped his Summer League play after three games (which is not uncommon for a prized lottery pick). He certainly could have finished with a better shooting clip, but basic stats are the least of our worries in these meaningless games. I was just thrilled to see him play an aggressive brand of basketball and test out many different shots.

According to Bulls PR, Devon Dotson is out with his ankle injury for tonight’s summer league game. Patrick Williams is not with team anymore. Got his 3 productive games in and is done.

•   Since the Bulls will not be headed to the Summer League final, they have been scheduled to play their 5th and final preseason contest tonight against the Charlotte Hornets. LiAngelo Ball has suited up for Charlotte’s squad, so maybe we can get a Lonzo appearance tonight!

76ers PAUL REED had one of the best Summer League stat lines ever: