Welp: LaMarcus Aldridge Will Officially Return to the Brooklyn Nets Skip to content 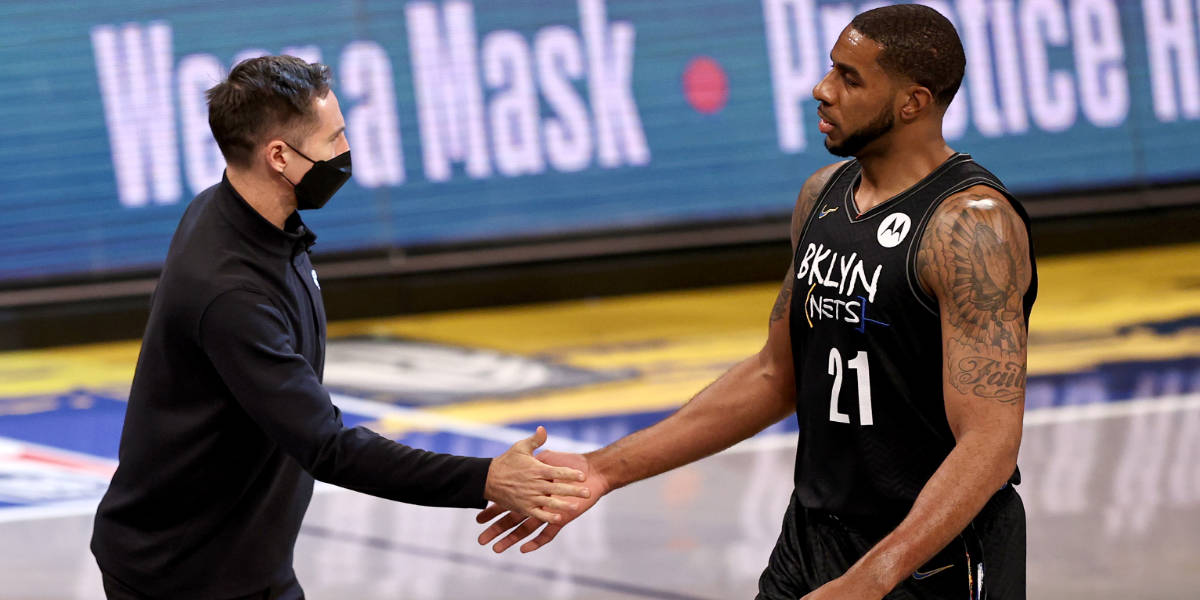 So that was a fun thought for 24 hours, right?

After receiving medical clearance to re-sign with an NBA team after suddenly retiring due to a heart issue in April, LaMarcus Aldridge has struck a new deal with the Brooklyn Nets. The big man will rejoin the franchise on a one-year, $2.5 million contract. Brooklyn will now have former All-Stars Blake Griffin, Paul Millsap, and Aldridge to fill their frontcourt.

After retiring with heart concerns five months ago, seven-time All-Star forward LaMarcus Aldridge is returning on a one-year, $2.6 million deal with the Brooklyn Nets, his agent Jeff Schwartz of @excelbasketball tells ESPN.

The Chicago Bulls were reportedly once considered a possible landing spot for Aldridge, according to NBC Sports Chicago’s K.C. Johnson. When Aldridge retired in April, Johnson reported that he would be a “possible fit” for the franchise this offseason. Then, on a recent episode of the Bulls Talk Podcast, Johnson reiterated that interest, claiming that Aldridge did at one point or another have the Bulls on his radar.

However, Aldridge decided to return to the team he signed with earlier this season. After reaching a buyout with the San Antonio Spurs, Aldridge inked a deal with the title-contending Nets and appeared in five games where he averaged 12.8 points, 4.8 rebounds, and 2.6 assists.

While seeing Aldridge team back up with DeMar DeRozan would have been fun (not to mention, ceremonially right the wrong of the Bulls’ draft night swap of Aldridge for Tyrus Thomas), no one can blame the guy for heading to the Nets. I’m happy he can safely return to the floor, and the 9x All-Star deserves a legitimate shot at a ring.

With that said, I still hate the Nets for grabbing both Aldridge and Millsap out of the Bulls’ hands. I sure hope this revamped Chicago team can steal one from them later his season.