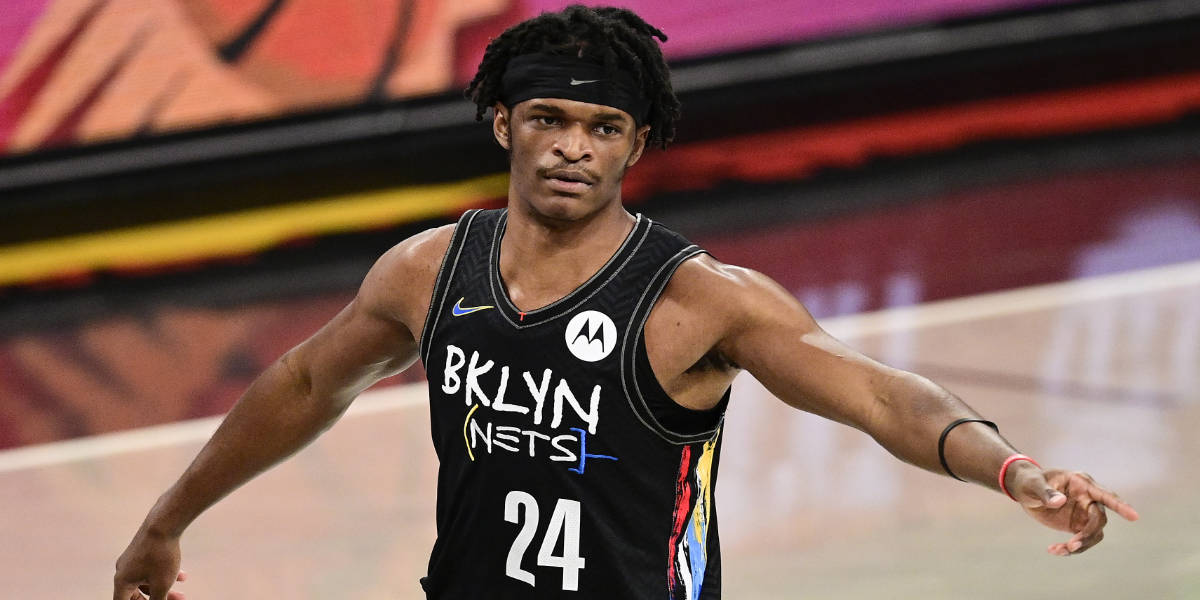 The other day we asked whether or not the Chicago Bulls would call Alize Johnson. Today, we got our answer.

According to ESPN’s Adrian Wojnarowski, the 25-year-old power forward has signed a two-year $3.6 million deal with Arturas Karnisovas and Co.

Free agent F Alize Johnson has agreed on a two-year, $3.6M deal with the Chicago Bulls, his agent @GeorgeLangberg tells ESPN. The Bulls had a need for power forward depth and roster offers some real opportunity for Johnson.

In desperate need of depth at power forward after missing out on both Paul Millsap and LaMarcus Aldridge, Johnson entered the picture as a possibility when the Nets waived him late last week.

Here is a quick synopsis on Johnson from our morning bullets the other day:

Johnson might have only 49 career games under his belt during his first three seasons in the league, but he showed real promise at the end of the 2021-22 season. Johnson made 18 appearances in the regular season for the stacked Brooklyn team, averaging 5.2 points and 5.0 rebounds in 10.5 minutes per game. He stands 6’8″ with a pretty underwhelming 6’9″ wingspan, but what he might lack in sheer athleticism, he has made up with high-energy play. Johnson crashes the boards hard, and he doesn’t come off as one who will back down from a challenge (basically possess the traits you want to see in a potential role player). Last season, Johnson blew everyone away with a 20-point, 21-rebound, 2-block performance against the Pacers. Without any of the Nets’ big three on the court, Johnson led his team to a 17-point victory over the Pacers.

On a Monday where the Bulls also reportedly added both Stanley Johnson and Matt Thomas, Alize Johnson is easily the most intriguing signing. He might have the fewest professional games under his belt, but he does provide better size and physicality for this team to slot into their frontcourt. During his 65 games in the G-League over the past three seasons, Johnson has averaged 18.8 points with 13.4 rebounds and a 52.3 percent field goal percentage. He has solid touch around the rim and seems to have a knack for being in the right place at the right time. Make no mistake, it’s not as if we should expect Johnson to be any kind of reliable offensive weapon, but he has shown the flashes one would like to see from a potential “will-not-shoot-you-in-the-foot” role player.

The rebounding talent also seems to be no joke, and I think it is pretty indicative of his overall mentality. The guy invites contact and he plays hard (a solid vertical doesn’t hurt either). Head coach Billy Donovan has not only shown an affinity for those kinds of players in the past (Lu Dort, Darius Bazley, Andre Roberson), but it is a skillset this team desperately needed in the frontcourt off the bench. Johnson can now be called upon to help protect the rim along with backup center Tony Bradley.

To round things out, here is a look at the Bulls current roster:

As you can see, this put things at 16 with one two-way contract filled. Considering that number needs to be at 15, I expect Matt Thomas to either be on a training camp deal or put into the second two-way contract spot next to Dotson. We’ll keep you updated.