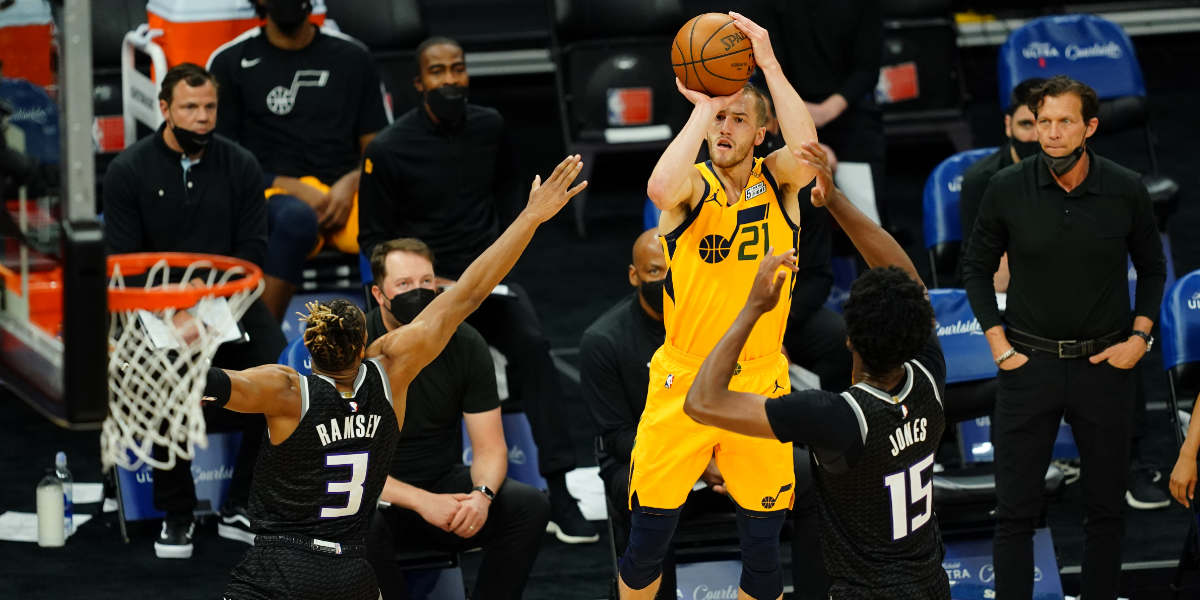 Only a couple of hours after the Chicago Bulls reportedly added forward Stanley Johnson, the front office has also signed another former Toronto Raptors in Matt Thomas, per Spotrac’s Keith Smith.

Matt Thomas has signed with the Chicago Bulls, a league source tells @spotrac.

Thomas is a 27-year-old shooting guard who has 86 NBA games under his belt. He played four years at Iowa State before playing overseas and continuing to build his reputation as a knock-down 3-point shooter. The Raptors signed him to a deal in 2019, and he went on to appear in 41 games averaged 47.5 percent from downtown (2.4 attempts).

Similarly, this past season he appeared in a total of 45 games, but 19 of those contests came as a member of the Utah Jazz. The Raptors traded Thomas to Utah in exchange for a future second-rounder, but Thomas failed to provide that crew with the same 3-point shooting they saw in Toronto. The team ultimately went on to waive him in August.

Considering the Bulls have plenty of guards on their 2021-22 roster, I’m more than curious to know what kind of deal Thomas is on. My gut tells me he either signed with the team’s second two-way slot next to Devon Dotson OR he is simply on a training camp deal so the team can further evaluate his fit. Regardless, the team does lack shooting/scoring off the bench, with Coby White being really the only known commodity in that category. If Thomas does stick around, I don’t envision he ever plays too big of a role, but it wouldn’t hurt to have his catch-and-shoot ability in the team’s back pocket.

Now, I got to cut this post short because the Bulls just made another more impactful signing (*cough* Alize Johnson *cough*). We’ll keep you updated.