Thoughts on the Bulls New-Look Roster: The Rotation Competition and Back of Bench Skip to content 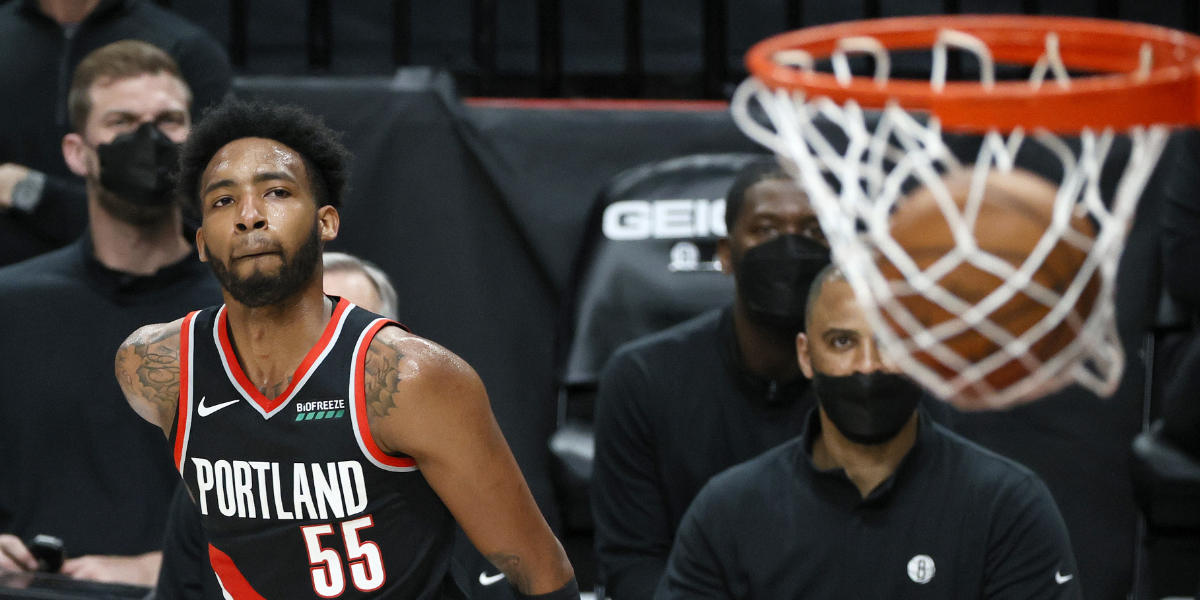 I have a lot of thoughts on this new Chicago Bulls roster in this basketball brain of mine. I plan to focus on a number of more specific topics as training camp nears, but I thought it’d be nice to engage in a more general discussion about where things stand in the meantime.

We kicked off that conversation yesterday, with a discussion of the Bulls’ first and second units.

Thoughts on the Bulls New-Look Roster: The Starters and Second Unithttps://t.co/nRjmMwcQVR

Now, let’s continue by talking about … well … everything else!

If Billy Donovan expands things to a 10-man rotation, I expect one of these names to enter the picture.

I give Derrick Jones Jr. the easy leg up for two reasons, the first of which is experience. Jones has 229 career games under his belt, and the next closest is Alize Johnson with 49 games. Jones may have struggled to find his footing during his first season in Portland, but he was still a mainstay in the rotation and started 43 games. Likewise, over his previous two seasons in Miami, he averaged over 20.0 minutes per game in 119 appearances. Second is that he has seemingly been on the front office’s radar since the day they arrived in Chicago. Karnisovas was reportedly interested in signing the versatile forward in his first offseason, and I expect this team to give him a trial run of some kind now that they finally have added him.

As a lengthy superhuman athlete who guards multiple positions and had a block rate that ranked in the 99th percentile last season, Jones makes plenty of sense for this Bulls team who will be starving for high-energy defensive play. He also might be undersized for the four, but his seven-foot wingspan helps make up for that. The Bulls will need someone to grab minutes behind Patrick Williams, and Jones played some of his best basketball at this position with Miami in 2019-20 (+4.7 on/off differential in his minutes at PF that season, per Cleaning the Glass). Sure, we saw him take a step back in his overall production in Portland, but that came with 90 percent of his minutes clocked at the wing. As a below-average outside shooter and someone who possesses elite verticality, small-ball lineups with him in the frontcourt will be worth experimenting with.

The recently signed Alize Johnson could also eventually prove to be in the running for a rotational role behind Williams. While he is technically on a non-guaranteed deal heading into training camp, it feels likely that he fills one of the team’s final two roster spots. Why? Because he offers something a guy like Jones can not: size.

As inexperienced as Alize might be, he at least provides head coach Billy Donovan with a 6’8″ frame, physicality, and rebounding. He may not have the kind of length Jones does (only a 6’9″ wingspan), but he should be able to matchup up with more traditional power forwards while being a real pest on the glass. The Bulls will need that at times this season.

So the fact the Bulls brought Simonovic over this offseason tells us they think he is ready to compete at the NBA level. The lack of size added to the frontcourt this summer also suggests a similar sentiment. I suspect they will want him to be in the mix for minutes early on, but whether or not he can win those minutes will be the question.

Simonovic had his moments at Summer League. He was one of the more consistent players on the court for the Bulls, and he did the little things well. We saw him set hard screens, hustle up and down the court, pass the ball well, and finish looks around the rim. Still, the guy has never stepped on an NBA court. For the Bulls to trust he can be the kind of rim-protector and reliable presence off the bench in relief of their All-Star center, he will need to improve defensively and add muscle.

For now, Simonovic is just a complete unknown, so it’s hard to project when he could see meaningful minutes.

Update (5:16): I’m silly and forgot to include a note on Ayo Dosunmu. I love Dosunmu’s role-player potential, he might not excel in any single category, but he is a versatile talent who should provide solid perimeter defense and good transition offense. With that said, I don’t see him receiving consistent minutes this season without an injury. I think this front office will let him stay loose with stints in the G-League while they better figure out his potential on this roster. Like I said, though, if something were to happen to Troy Brown Jr. (and, remember, Coby White is already likely to miss time at the beginning of the season), the Bulls might give Dosunmu a try over someone like Javonte Green thanks to his offensive upside.

Speaking of which (back to our original schedule post) …

Javonte Green felt like a smart back-of-bench signing. The Bulls acquired him at the trade deadline, and he demonstrated good defensive instincts along with a fun offensive spark in transition. He is basically Ryan Arcidiacono’s replacement who offers less shooting but more lineup versatility and size. I think this organization likes the energy he brings to practice and in the locker room, and they also trust him enough to not screw things up if he has to see short stints.

As for Dotson, he is on another two-way contract this season, but the decision to extend him that contract means this front office still sees potential. A speedster with a high basketball IQ, I expect he will get a chance to show this organization what he’s got when the G-League returns for a full season.

The Bulls technically sit at 13 guaranteed contracts. Assuming Alize Johnson makes the cut (like I did above), that will leave one traditional roster spot and one two-way contract available. While the Bulls might still add some training camp faces into the mix, it appears those two slots will be open to the four players listed above.

If I had to guess, Stanley Johnson is probably the one to grab the 15th spot. Stanley appeared in 61 games last season for the Raptors, and he has seen 371 total NBA games in his six-year-long career. A former No. 8-overall pick, he has always possessed a very intriguing defensive upside thanks to his length and bigger build. However, I find it hard to think he can beat out either Jones or Alize for minutes at either forward position on this roster. After all, while none of those three are plus offensive players, Stanley has greatly struggled on that end of the floor. He may have shown some promise at the end of the year, but Dunks and Threes gave him a -3.0 Offensive Estimate Plus-Minus, which ranked in the 14th percentile and was the worst of any player on this Bulls’ roster last season.

If it’s offense the Bulls want, then Matt Thomas would have to be the move. The only reason this man has gotten a shot in the league is because of his high-percentage 3-point shooting. But considering the Bulls’ need for wing/frontcourt depth, I have a hard time believing he could take anything more than the final two-way slot. The same goes for Ethan Thompson, who is a streaky scorer that I can see inking a deal with the Windy City Bulls after training camp.

As for Cook, he is a young NBA journeyman who needs to show more consistency or specialization to find a home in this league. I’m not sure Chicago will be that home.