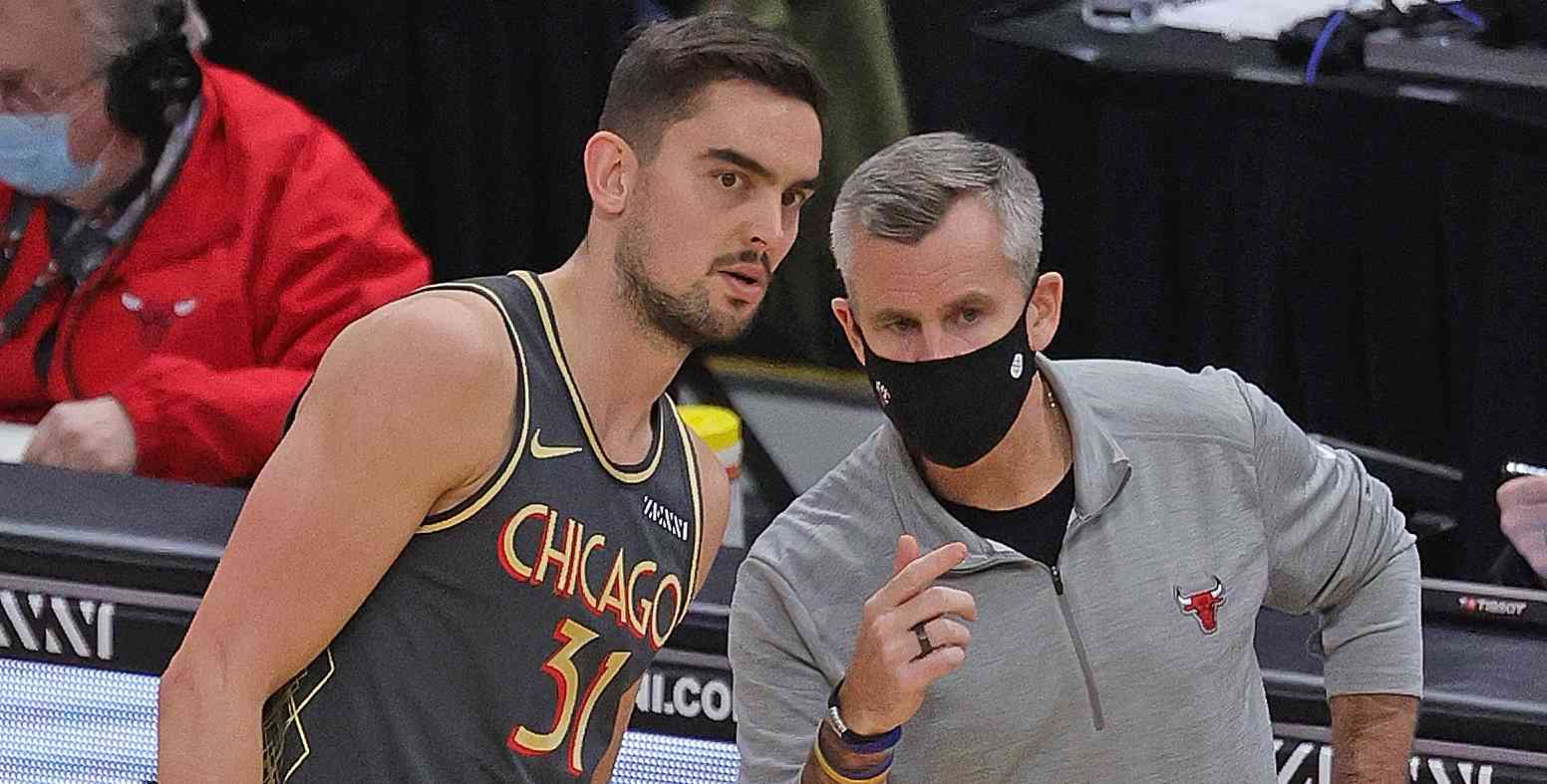 ARE YOU READY FOR SOME FOOTBALL!????

Me too (but don’t forget about basketball, please)!

•   In hindsight, I was too high on what exactly Tomas Satoransky could bring to the Chicago Bulls when he arrived from Washington. What I thought we would see was a more offensively aggressive product as he stepped into a bigger role. I also expected his natural facilitating to thrive next to Zach LaVine, who had been waiting for a more pass-happy point guard practically his whole career. We certainly got the latter on some nights, but the overall journey proved to be a bit underwhelming. He averaged 8.9 points, 5.1 assists, and 3.2 rebounds with 1.8 turnovers per game over his 123 games played in Chicago. The line helps represent who he turned out to be: A solid backup point guard who limits mistakes and tends to make the right play.

•   To be clear, nothing about that is a bad thing, and I do think he will continue to have a successful career now that this stint in Chicago is over. Satoransky seems to think so as well, and he recently talked about as much in his conversation with a Czech sports publication. He also gave us a look behind the scenes at exactly how his departure from the Bulls organization went down, and it appears he was a bit caught off guard by the abrupt nature of his trade to the Pelicans.

“It was terse, You’re in the city for two years, you fight for them, you live with the team – and then you receive a text from general manager Kanrisovas: ‘Thanks for your time in Chicago.’ That was the only thing I got from him. But I’m not angry. You can’t be emotional in that moment, but when on thinks about it … after two years of hard work it’s actually brutally” (translation via Lukas Kuba or @Luke_Mellow on Twitter).

•   Considering Satoransky had never been traded before, I can understand where some of this angst comes from. The business side of things can be cold. And while I know some of this sounds harsh, I do truly believe him when he says he is not angry about how things went down. After all, he went on to praise the direction of the Bulls organization, and he also had his fair share of nice things to say about his time with the team.

•   If Satoransky does have a chip on his shoulder, though, he can show the Bulls early on this season when the Pelicans arrive for the United Center home opener on October 22nd.

•   In my opinion, the Chicago Bulls’ new regime could not have been more clear about their intentions. From going all out at the last trade deadline to adding big-name talent in DeMar DeRozan and Lonzo Ball this summer, Arturas Karnisovas and Marc Eversley have shown teams around the league they want to play competitive basketball. Not to mention, they showed a sense of urgency to create a strong enough group that can make a budding All-Star stay in the Windy City. Yet, despite all these moves, somehow skepticism continues to sink in. Bleacher Report decided to pick the top-5 teams most likely to blow it all up at the trade deadline, and guess who showed up first on the list? Every team has disaster potential, especially when we factor in injuries. I get that. What I don’t get is the idea of this team going into full-blown sell mode practically six months after they built an entirely new image. Not only would this be a tremendously bad look for the front office, but it also goes against everything they have said and shown they want to do since taking over.

•   Even last season when this franchise had a chance to sell high on a few players (like Thaddeus Young, who was highly coveted), they looked to improve/add. So unless Zach LaVine storms upstairs, grabs Karnisovas by the collar, pulls out a bullhorn, and screams, “GET ME THE F OUT OF HERE,” I don’t see a world where this team reverses course. In fact, even then, I’m not so sure this front office would quickly look to move DeRozan and Vucevic either. If people want to doubt whether LaVine stays and whether or not this current roster can truly compete in a competitive East, be my guest (and I truly do not mean that condescendingly). But I find it exceptionally hard to picture the Bulls doing anything other than fighting for the playoffs all season long.

•   Toni Kukoc was not on the stage long during last night’s hall of fame enshrinement ceremony, but he left his mark.

•   ICYMI: Catch the full speech below!

Zach LaVine Could Be The Celtics “No. 1 Target”https://t.co/xMXWaX87h9

Bears Reportedly Have a Small Package of Plays Available for Justin Fields Tonighthttps://t.co/L0A5GNc3nG