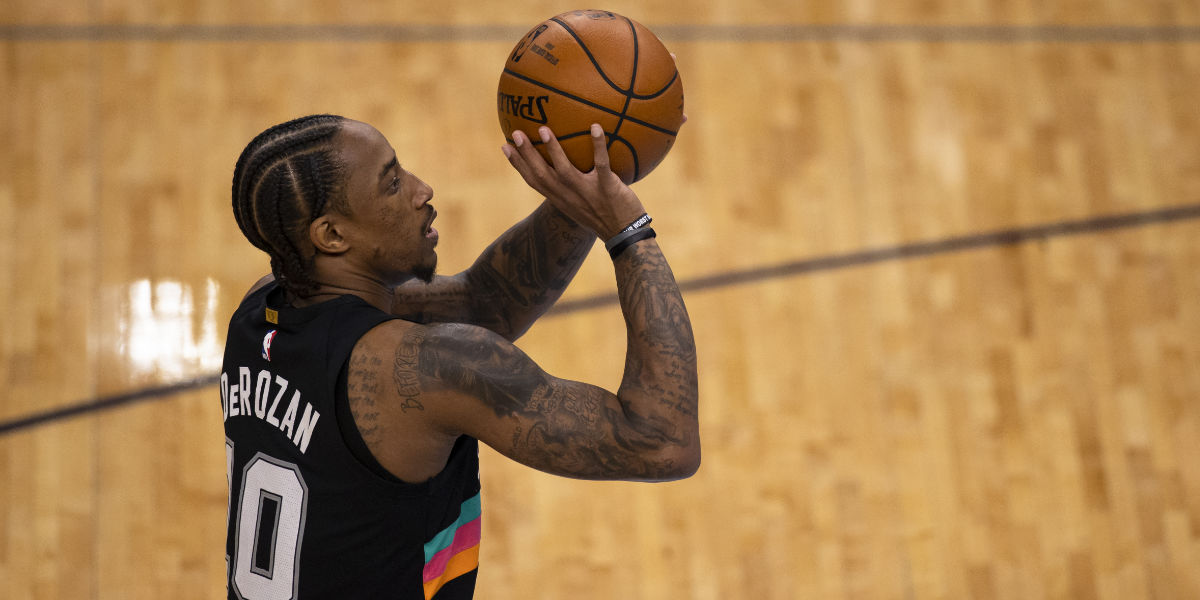 When word broke the Chicago Bulls wanted to get their hands on DeMar DeRozan, people were surprised. Then, when Arturas Karnisovas and Marc Everley went to the lengths they did to accomplish that, people were … uh … even more surprised.

Thaddeus Young, Al-Farouq Aminu, and a second-round pick went to the San Antonio Spurs for the right to hand DeRozan a three-year, $81.9 million contract. A ball-dominant 32-year-old who practically has both feet out of his prime, many around the league have slapped the Bulls on the wrist for a stark overpay. No one is necessarily questioning DeRozan’s current talent, but the market for him did not appear particularly fruitful. The two teams most frequently thrown into the conversation were the Los Angeles Lakers and Clippers, and neither had the kind flexibility to hand him a significant deal. So who exactly was putting the pressure on Chicago to pony up?

Thanks to a previous report from Bleacher Report’s Jake Fischer, we do know several other playoff contenders had an eye on DeRozan. The 76ers, Warriors, Trail Blazers, Celtics, and Knicks all reportedly expressed interest in the four-time All-Star. The first four of those teams may have been in a similar situation to the Lakers and Clippers, but it at least tells us other teams with a more proven competitive track record could have been trying to convince DeRozan to take less money for a ring chase.

Still, none should have been strong enough threats to make the Bulls pay the kind of money they did. Well, none except the Knicks. As one of the most loaded cap space teams in the NBA this season, the Knicks could have been the type to push up the price on DeRozan. And, according to the New York Posts’ Marc Berman, they may have done just that (h/t Kurt Helin, NBC Sports).

Turns out, according to two NBA sources, [Knicks GM Scott] Perry was leaning toward a bolder pursuit, that of San Antonio standout swingman DeMar DeRozan. He made the All-Star Game his last three seasons in Toronto before being traded to the Spurs in 2018. DeRozan, though, would have cost more per season. According to the sources, DeRozan had sincere interest in the Knicks, but instead ended up with a generous deal in Chicago – a three-year, $85 million package. The Knicks inked Fournier for four years, $78 million (with bonuses) while retaining a team option for the final season.

Who knows whether or not any kind of direct bidding war ensued between these two teams, but this certainly feels like it could have influenced the price AKME paid. After all, Berman implies DeRozan would have cost more per year than the Knicks were willing to pay, which tells us his camp was either demanding a hefty sum or Chicago came in the kind of offer that would for sure take the Knicks off his radar. The fact DeRozan had a “sincere interest” in New York potentially made the Bulls’ decision to bump up the price that much more necessary.

This certainly does not justify the entire transaction/deal, but it does suggest more legitimate competition for DeRozan than we had previously heard about. And we know that when this front office sets its sights on something, they are not afraid to do what it takes to make that something happen. So maybe when the Knicks started to get a bit pesky, the Bulls upped the ante, Marc Eversley boarded a plane, Nikola Vucevic made some calls, and the Bulls sealed the deal.