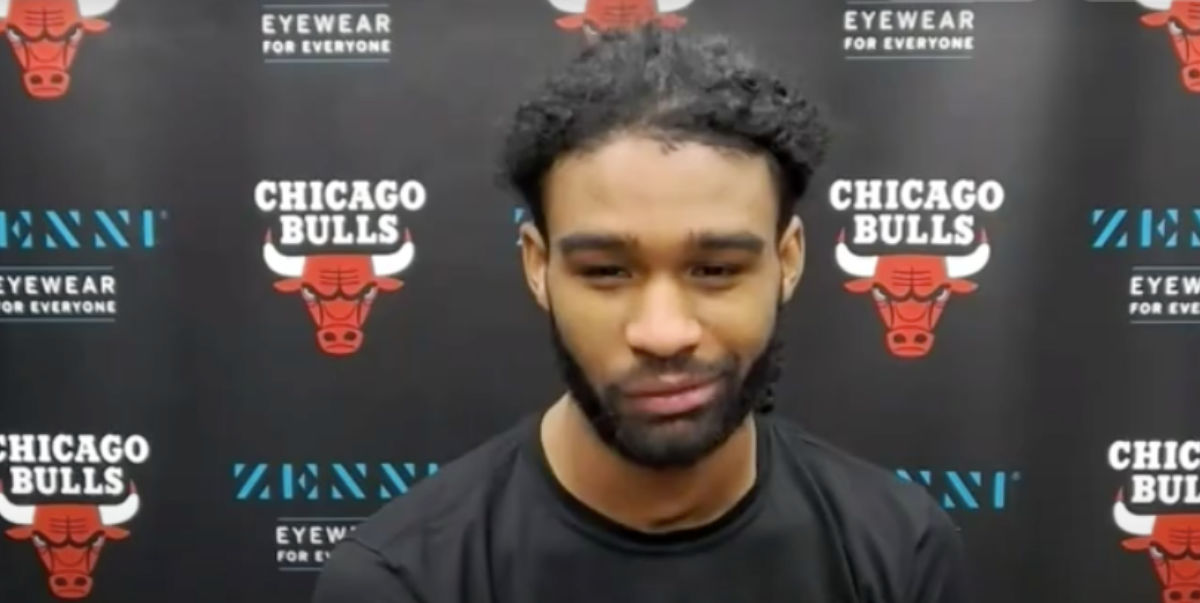 Imagine 80 percent of the people you worked with every day were fired. Then, imagine those people were replaced with a bunch of strangers – albeit, ones who were clearly better at their job. You wouldn’t quite know where you stand, right?

The Chicago Bulls 2019 draft pick is one of only three players who remain from last year’s opening night 15-man roster. He is only one of two players who remain from the GarPax regime. From the departure of the head coach who shall not be named to the hiring of a new front office to an unfortunately torn labrum to a complete roster overhaul, White has experienced a lot in just two seasons of service. And the most recent change sounded like one of the toughest to process.

“It’s been weird man,” White told NBC 5 Chicago when asked about this summer’s roster moves. “It’s my first time being a part of this. It’s only my second year. I’m going into my third, so the guys you come into the league with, those are the first dudes you step on the court with. Those are the first dudes who accept you as a teammate, so it’s sad for me to see them leave because some of those guys I was super close with. Thad is somebody that I looked up to, and GT someone too. And Wendell is like my brother.

So to see some of those guys like Sato, Lauri, the whole team – it’s just me, Zach, and Pat – it’s just frutrating at first, but that’s the NBA and at the end of the day, every team’s goal is to win, so whatever you have to do to win, it has to be done.

White could not help but laugh when he noted that he, LaVine, and Williams were the lone survivors. There is no question this is going to take some getting used to for all parties, especially White, who is about to see his role change for the third season in a row.

White was handed lead guard duties last season a year after playing a sparkplug scoring role off the bench. In fact, the front office gave White so much freedom to run the show that they chose not to add a single new face at the point guard position last offseason. The 21-year-old had his moments, recording three point-assist double-doubles on the season, but it became clear as the games went on that White struggled to get comfortable. Head coach Billy Donovan eventually benched him in favor of veteran Tomas Satoransky, only for White to thrive off the bench and re-enter the starting lineup for Zach LaVine when he went down with a positive COVID test.

Now, it appears White will return to a similar “get-buckets-bro” role off the bench thanks to the addition of Lonzo Ball. The point guard mindset he watered last season should still come in handy as he projects to be a leader for the second unit, but this should be a much more comfortable gig for a guy who is coming off a long injury recovery (let alone his first).

The opportunities to further develop his game will not be going anywhere, though. After commenting on the departure of his old teammates, White expressed plenty of excitement about what he can learn from many of the team’s new faces.

I love our new team. Got a chance to meet some of the guys – really dope individuals. It’s also a chance to continue to learn. Playing with DeMar DeRozan who has been a good player for along time in the league. I get a full year with Vooch to learn his habits. I’m a very visual guys, and I stand back and watch how Vooch carries himself and takes care of his body off the court, it stands out to me a lot. So to learn from him, and learn from Lonzo, especially on the defensive end coming in. He is a hell of a defensive player, to learn from him on that aspect of the game, take it in stride man. Continue to try to get better in any way that I can.

I’m sure glad White has already pointed toward defense as an area of Ball’s brain he is ready to pick. The speedster has struggled on that end of the court ever since college, but he will have a good opportunity in the second unit to hone his craft against the opposing team’s bench talent.

If Arturas Karnisovas and Marc Eversley did not see a pivotal role for White in this new era, he would be gone already. White remains a key part of the picture, and while his role may change yet again, he will play in easily the best situation of his career to date. I look forward to seeing what he can do on this team once fully healthy, and how much he can pick up from watching his much-improved teammates.

Check out the full interview from NBC 5 Chicago here.