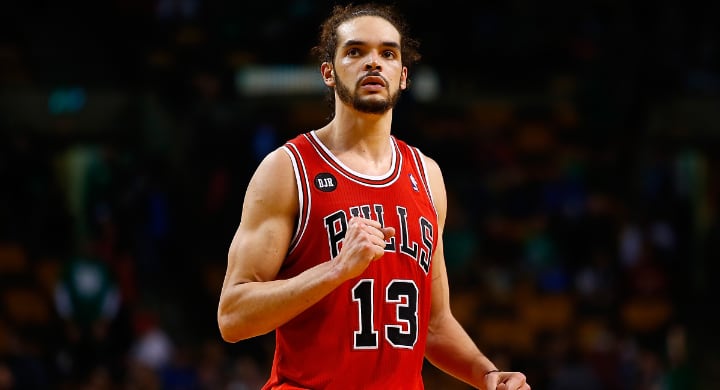 Joakim Noah is set to get the recognition he deserves.

According to NBC Sports Chicago’s K.C. Johnson, the Chicago Bulls will celebrate “Joakim Noah Night” at the United Center on October 28th. The big man did spend a night at his old stomping grounds shortly after news of his retirement officially dropped in March of this year. However, with the NBA and Chicago still under strict protocol, zero fans were in attendance for that matchup with the Jazz. The Bulls still played a tribute video for the fan favorite, but it was clearly a precursor to a future celebration.

Joakim Noah in the house for Bulls-Jazz tonight. Bulls played a tribute video between first and second quarter break, set to Chance the Rapper’s “Finish Line.” Noah announced his retirement from basketball earlier this month pic.twitter.com/PfUtKLvXJA

Now, we know that celebration will happen in a little over one month from now in what is expected to be a packed arena. It will be Chicago’s first matchup of the season against the rebuilt Knicks, which means former head coach Tom Thibodeau and former teammates Derrick Rose and Taj Gibson will also be in the building. So … yeah … you might want to grab those tickets now.

Along with Noah, the franchise will also recognize recent Hall of Fame inductee Toni Kukoc, according to Johnson. They are also set to get this celebration done early in regular season, as Kukoc will be honored on October 30th when the Bulls welcome the Jazz.

Bulls announce that tickets go on sale at 10 am today.

In addition, they announce that Joakim Noah Night, presented by @NBCSChicago, is Oct. 28 vs. the Knicks.

Toni Kukoc's Hall of Fame induction will be celebrated at an Oct. 30 game vs. the Jazz.