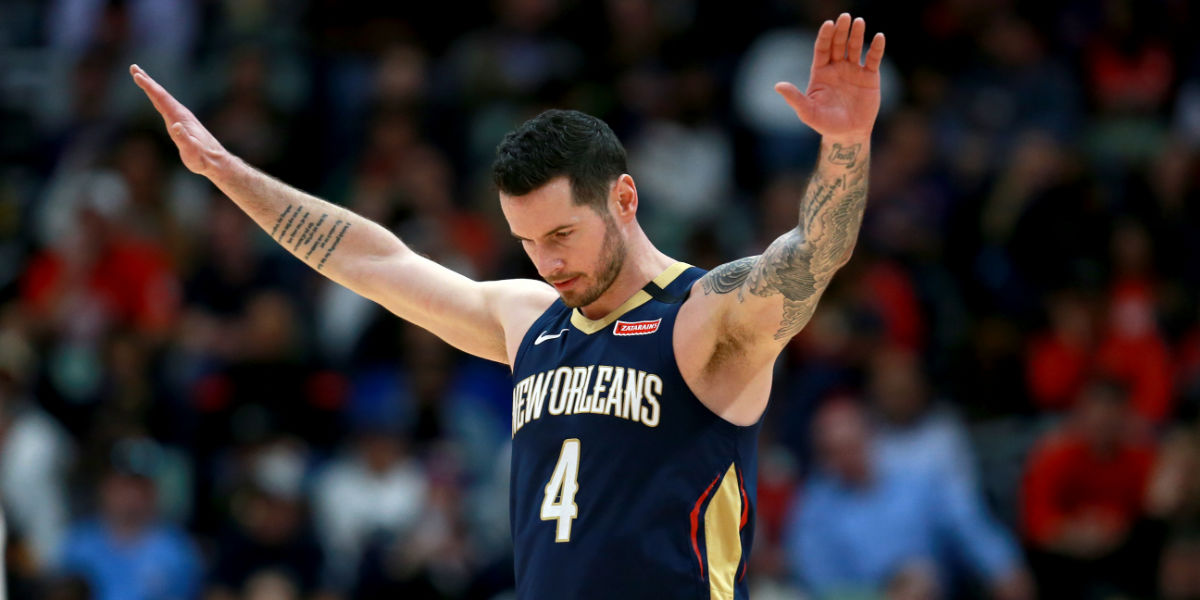 On Tuesday morning, one of the best 3-point shooters in NBA history hung up his sneakers.

JJ Redick announced on Twitter that he will officially retire after 15 seasons in the NBA. The former sharpshooter and Duke star played for six different franchises during his professional career, averaging a 41.5 percent 3-point clip.

The only other two players in this club are:
Steph Curry and Ray Allen

Yes, Redick was that good https://t.co/DAUp9WTgUN

While he spent the most seasons as a member of the Orlando Magic, Redick’s most memorable tenure may have been with the Lob City Los Angeles Clippers. A pivotal part of that squad alongside Chris Paul and Blake Griffin, Redick started all but one game in which he appeared during his four seasons in L.A. This is also where Redick averaged his highest mark from behind the arc in a single season, knocking down 47.5 percent of his 3-balls during the 2015-16 campaign.

His final two seasons were spent in New Orleans and Dallas.

Redick made the playoffs in 13 of his 15 seasons in the league, appearing in the Finals once with the 2008-09 Dwight Howard-led Orlando Magic. He may have never walked away with a ring, but I have to imagine that resume is enough to send him into his retirement with no regrets. As for a “what if” scenario or two … I can think of at least one.

In a conversation with YouTube personality Kenny Beecham on Redick’s podcast The Old Man & The Three, Redick reminded everyone that he did sign with Chicago to join Derrick Rose and Co. in 2010. The only problem, however, was that Redick had only entered restricted free agency. After he signed Chicago’s offer sheet, the Magic went on to match (and the Bulls went on to grab the No. 1 seed in the East and watch Rose put on an MVP performance).

Who knows if Redick would have pushed that Bulls past the gauntlet that was the Miami Heat, but there is no question he would have been an extremely fun addition to that backcourt. CURSE YOU RESTRICTED FREE AGENCY!

For a full look at that brief conversation, make sure to check out the clip below.