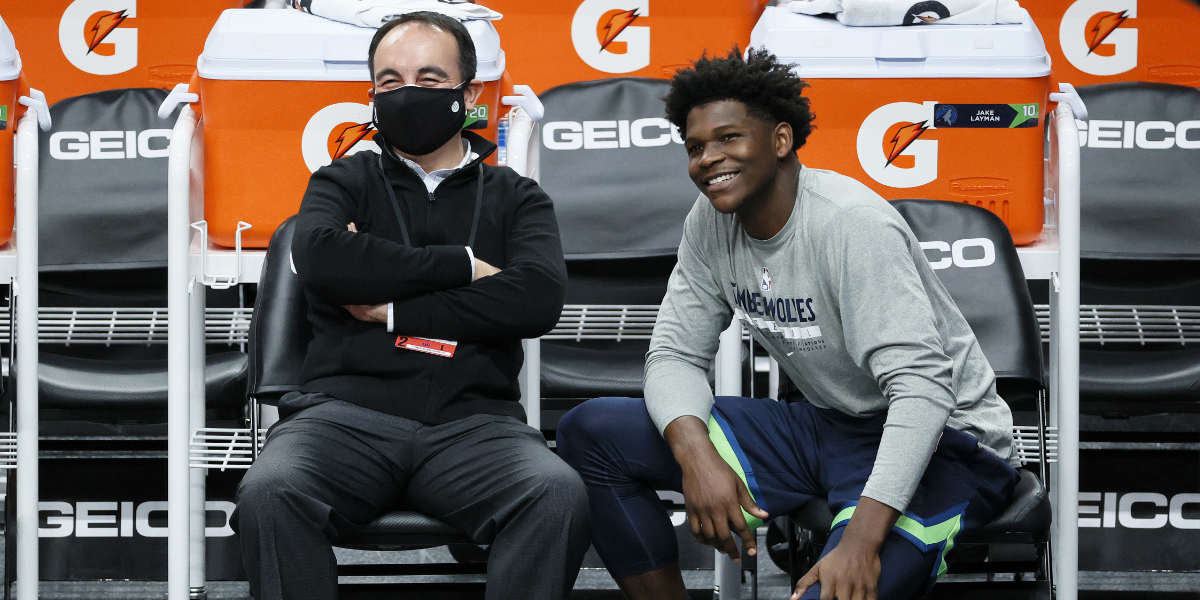 In a surprising move this afternoon, the Minnesota Timberwolves announced via Twitter that they have decided to part ways with President of Basketball Operations Gersson Rosas.

“Today, the Minnesota Timberwolves parted ways with President of Basketball Operations Gersson Rosas. As an organization, we remain committed to building a winning team that our fans and city can be proud of.”

Rosas has only been with the team since 2019 and has arguably done a solid job leading the franchise in the right direction. In fact, the move even blindsided the franchise’s star player, Karl-Anthony Towns, this afternoon.

And, according to ESPN’s Ramona Shelburne, Towns wasn’t the only player or member of the organization blindsided by the move, as Rosas still held meetings and was even in the gym earlier this morning.

The timing Rosas of firing indeed caught players and those in the organization by surprise as Rosas was still holding meetings and in the gym this morning, sources tell me and @ZachLowe_NBA https://t.co/g9LBNU9jNs

There has been a building discord between Rosas, the rest of the front office and the organization that has been going on for months, sources said. The team decided to take action now before the season begins instead of letting that discord linger.

According to Hine, “there has building discord” throughout the Timberwolves front office, and rather than let that discord linger into the regular season, which is set to tip-off on October 19th, ownership decided to pull the plug on Rosas’ tenure with Minnesota before training camp opens next week.

In wake of Gersson Rosas' departure, word has circulated among league sources since Summer League that incoming Minnesota Timberwolves owners Marc Lore and Alex Rodriguez have communicated they are fond of Sixers general manager Elton Brand. A name to keep an eye on here.

We’ll have to see if more developments offer some clarity on this decision. Making such a drastic change right at the end of the offseason feels pretty ill-advised, especially if this has been on the minds of ownership for a little while now. Not to mention, the T-Wolves have been thrown around as a possible suitor for the 76ers’ Ben Simmons (who has no plans of playing for Philly again). Does this take them out of the running?

Anyway, if KAT needs a new home, I know a certain former teammate who is in store for quite the breakout!