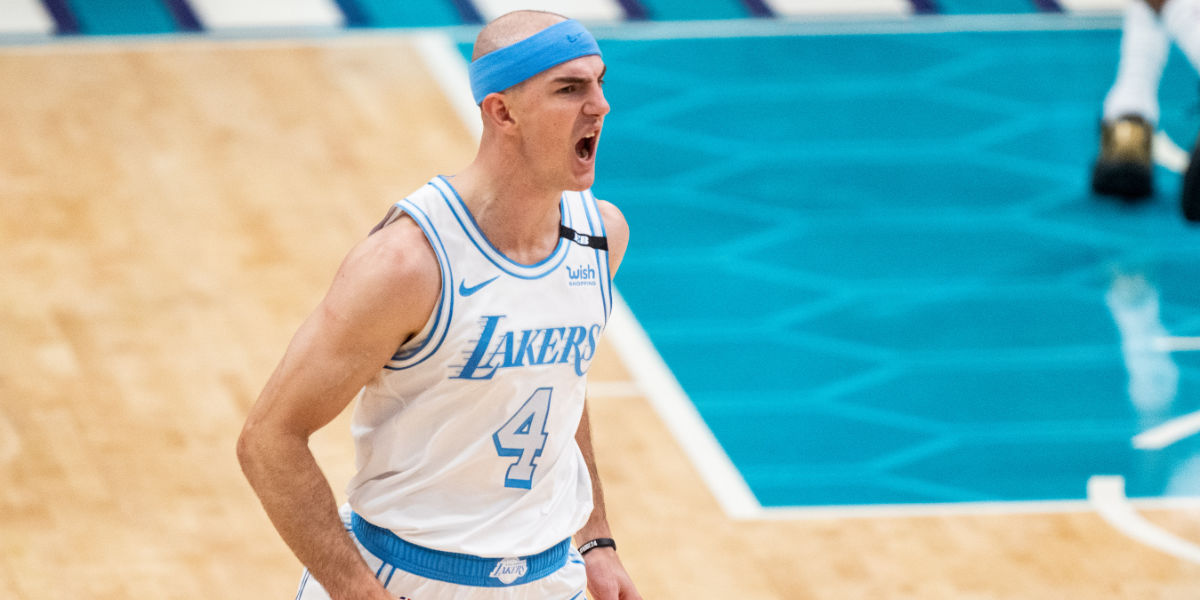 The Blackhawks have already started their training camp, and there is a boatload of storylines to follow heading into this highly-anticipated season. If you have any interesting hockey at all – or like the name Mario – make sure to follow his latest.

•   With the Bulls’ new star-studded starting lineup, it can be easy to forget about one of their quicker free agent signings of the summer. Alex Caruso was the unexpected second commitment from Arturas Karnisovas and Co. this offseason, and he projects to play a pretty massive role on Chicago’s revamped roster starting next month. How do we know? Well, one indicator is that this team handed him a four-year, $36.9 million contract. While this might pale in comparison to the money handed to Ball and DeRozan, it’s easily the largest chunk of change handed to Caruso throughout his career. And the investment tells us this front office views him as a pivotal part of the final on-court product they’re hoping to build.

•   The other reason Caruso projects to eat critical minutes for this team is pretty damn obvious: His defense, bruh! Patrick Williams could give him a run for his money this season – and Ball sure knows how to provide some pesky nights – but Caruso is arguably the best defender on this roster. Despite the fact that the Bulls managed to finish 12th in defensive rating last season (I’m still not sure how that happened), it’s clear this team needed to bolster its defensive talent, especially in the backcourt where two offensive-minded players dominated the show (Zach LaVine and Coby White). Again, Ball also fills this hole, but the advanced analytics truly love Caruso’s chaotic clamps. The headband-wearing menace finished last season with a +3.6 defensive estimate plus-minus, which ranked in the 99th percentile, according to Dunks and Threes. Similarly, Five Thirty-Eight gave Caruso a +3.6 defensive RAPTOR, which they have listed as the 8th best mark in the league!

•   To put things further in perspective, these were the only names Five Thirty-Eight ranked ahead of Caruso: Rudy Gobert, Clint Capela, Jakob Poeltl, Matisse Thybulle, Myles Turner, Joel Embiid, and Taj Gibson. So, yeah, I think we could say that is some pretty good defensive company. For a Bulls team that could very well struggle to stop opposing teams on this end of the floor, Caruso could be a saving grace in certain situations. I expect head coach Billy Donovan will stir up plenty of those three-guard lineups we grew accustomed to seeing during his time in OKC and occasionally last season. Putting Caruso on the floor alongside Ball and LaVine could potentially pack quite the two-way punch in short stints this season.

•   I’m kidding. For once, I was actually content with where Chicago’s players landed in the latest Top-100 charts. While I have a bone to pick with exact placement, LaVine at least finally got some of the respect he deserves. Meanwhile, DeRozan, Vucevic, and Ball were all placed in the appropriate tiers, which I think is how we should look at these sorts of things (in tiers not by specific numbers).

•   Do you agree with Sports Illustrated’s Top-10, though?

•   FWIW: My opinion on whether Kevin Durant or Giannis Antetokounmpo is No. 1 in the world might swap on any given day, but I think I’d throw the Greek Freak first (for now) after what he did to end last season. As for the rest of my list, this is where I stand as of 11:00 a.m. on September 23rd, 2021: Giannis, KD, Embiid, Jokic, James, Curry, Luka, Harden, Lillard, AD. Man, that’s hard to do.

Thank you, Denzel! Best of luck in Cleveland. pic.twitter.com/riyIjlZ0G0

From this point forward, I won’t refer to the Chicago Bears’ quarterback quandary as a “QB controversy.” Because when you have a teammate like this, there is no controversy.https://t.co/ecrvMwj4r5pic.twitter.com/eUh2vmwBAC