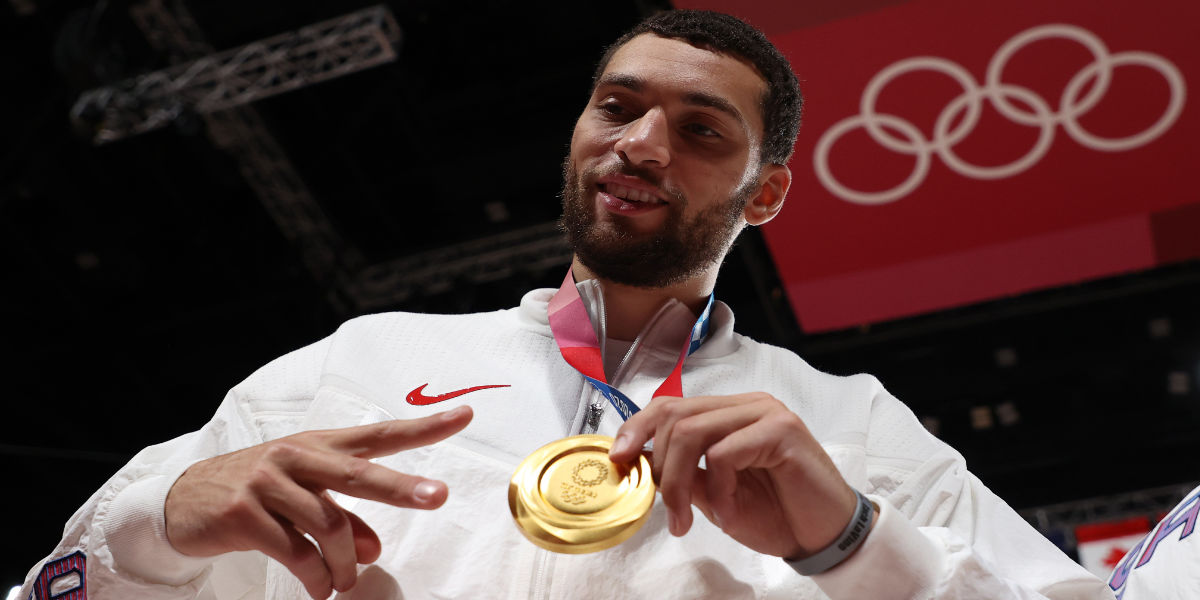 Thanks to an aggressive offseason attack by Executive VP of Basketball Operations, Artūras Karnišovas, and General Manager, Marc Eversley, Zach LaVine finally has the pieces around him to help the Chicago Bulls take the next step in their competitive process. Now, it’s on LaVine to help actually push this team to the next level.  Fortunately, LaVine believes that his experience with USA Basketball at this summer’s Olympics will help him in that quest.

When asked what winning a gold medal with Team USA in Tokyo this summer would do for him as a leader here on the Bulls, here’s what LaVine had to say to the media on Monday afternoon:

“My appetite to get to the playoffs has been big,” LaVine said. “I want to go out there and win each and every game. I think that experience definitely taught me something about winning, and being a part of a winning team at a very high level. It’s something that I can bring back here and hopefully be a better leader going forward in trying to push us to become a playoff team.”

LaVine wasn’t the star of the show in Tokyo like he will be with the Bulls, which was reserved for the likes of the NBA’s greatest players like Kevin Durant. Still, LaVine made his presence felt, averaging 9.7 points, 2.0 rebounds, and 3.3 assists per game en route to a gold medal for the American’s.

Even after adding guys like Lonzo Ball and DeMar DeRozan this summer, the Bulls made it clear on Monday that this team is built to win around the success of their star, Zach LaVine.

"The one thing is that we are committed to Zach. We want him to be in Chicago for a very long team. I think trade deadline and free agency moves kind of proved that." – Arturas Karnisovas on Zach LaVine

No pressure, Zach. Hopefully, LaVine’s time in Tokyo with some proven winners has indeed given him the mindset he needs to parlay that into success here in Chicago.

If you’re interested in hearing LaVine’s entire media session on Monday, you can watch it below.