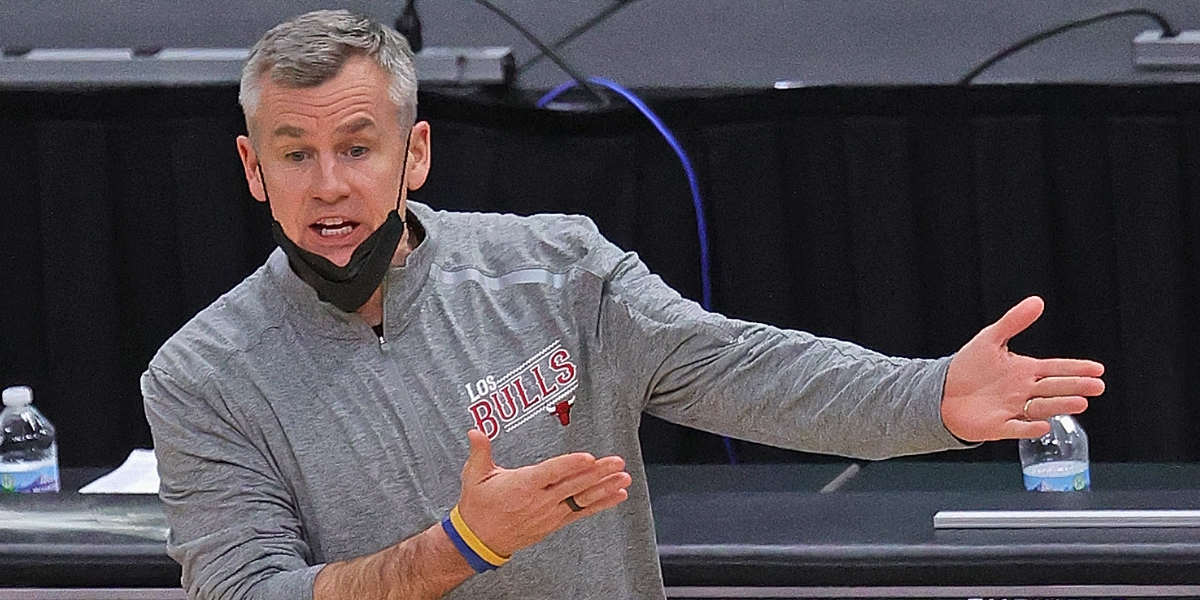 Head coach Billy Donovan went from picking at his peas and carrots to scarfing down a four-course meal. The front office that hired him a little over one year ago left him with just three familiar faces as they began a roster recreation that started with an eye-popping trade deadline last March.

Fortunately for Donovan, this is exactly what he signed up for. The well-respected mind chose to leave the Oklahoma City Thunder as they embarked on a complete rebuild. As someone who had just one losing season on his resume (college or pros) since the turn of the century, he likely had no interest in playing for the lottery rather than the playoffs. And this is why it was not hard to believe GM Marc Eversley when he called the front office’s gameplan a “retooling” and not a rebuild. Donovan was not going to sign with a franchise long-term if the goal was not to shoot for the moon.

Now, after a season where Donovan was forced to make something out of nothing, he is in a much more familiar place. He has been handed multiple All-Star pieces and a pile of intriguing role players to build a consistently competitive product. Whether it be Kevin Durant and Russell Westbrook or Westbrook and Victor Oladipo or Westbrook and Paul George or Chris Paul and Shai-Gilgeous Alexander, Donovan is accustomed to dealing with high-level talent. And it’s likely this familiarity and track record that has some sportsbooks leaning in his favor.

DraftKings and PointsBet sportsbooks both give Donovan (+1000) the third-best odds to win NBA Coach of the Year. More specifically, each book has only Brooklyn’s Steve Nash (DK +850, PB +750) and Miami’s Erik Spoelstra (DK +950, PB +900) ahead of him, respectively.

Considering the Nets are title-favorites and the Heat took a big step in the right direction this offseason with the addition of Kyle Lowry (also, it’s Spoelstra), I can totally understand why both sit comfortably above Donovan. In fact, if anything, I am a bit surprised the books were this generous to Donovan after some of the underwhelming over/under win totals and general projections we have seen from analysts around the country. But, then again, maybe I shouldn’t be.

While guys like Monty Williams, Steve Kerr, Quin Snyder, and Frank Vogel can easily snatch the award, a big-time playoff run would not be nearly as award-worthy as it would be for Donovan, who is trying to break a five-season playoff drought in Chicago. Based on the sheer talent alone on this new-look Bulls roster, that playoff run feels likelier than ever, so I guess let’s start that Donovan COY campaign right now!