Happy Retirement: Former-Bull Pau Gasol Has Called it a Career Skip to content 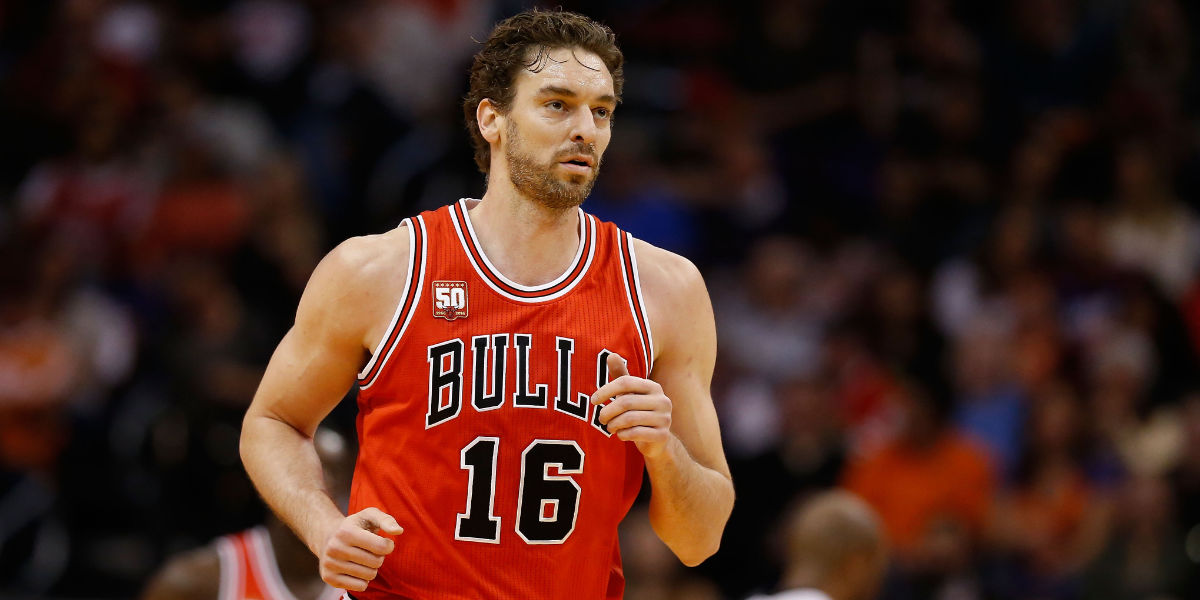 At 41 years old, Pau Gasol has officially closed the door on his NBA career, according to The Athletic’s Shams Charania.

Coming over to the states after a young standout career in Spain, Gasol won Rookie of the Year in 2002 before quickly establishing himself as one of the best big men in the league. He spent six full seasons with the Memphis Grizzlies before the Los Angeles Lakers made a big-time trade to put him alongside HOFer Kobe Bryant. Once he arrived in LA, Gasol went on to earn three-straight All-Star nods and help the organization make three-straight NBA Finals. The Lakers, led also by former Bulls head coach Phil Jackson, lost their first title matchup to the Boston Celtics before winning back-to-back against the Orlando Magic and Celtics, respectively.

Then, after seven seasons with the Lakers, Gasol embarked on the most historic stretch of his career.

Fine, I’m joking, but his stint with the Chicago Bulls was all kinds of underrated. The seven-footer made back-to-back All-Star appearances while averaging 17.6 points, 11.4 rebounds, 3.4 assists, and 2.0 blocks per game during his two seasons in the Windy City. He also shot 48.3 percent from the field and 79.8 percent from the free-throw line.

The team may not have accomplished much while Gasol was in town (second-round exit followed by missing the playoffs) – and we all know the organization was in quite the weird place – but he left us with plenty of fun memories over his 150 games. The guy scored a career-high 46 points on 17-30 shooting against the Bucks in 2015, he recorded a career-high 9 blocks on the Nuggets in a 106-101 win on New Years Day, and he finished as the league-leader in double-doubles during the 2014-15 campaign.

Oh, and let’s not forget his game-saving swat on LeBron James.

Gasol went on to spend two more seasons with the San Antonio Spurs where his production ultimately dropped off. Injuries also began to settle in, and his last official NBA game came on March 10th, 2019. A foot injury kept him out the entirety of the 2019-20 season and 2020-21 season (when he tried to rehab with the Portland Trail Blazers).

Anyway, I’m giving Gasol a big round of applause. The dude had one hell of a career, and I’ll always appreciate the time he game Chicago.

Saquan Barkley as a Free Agent Fit for the Chicago Bears?