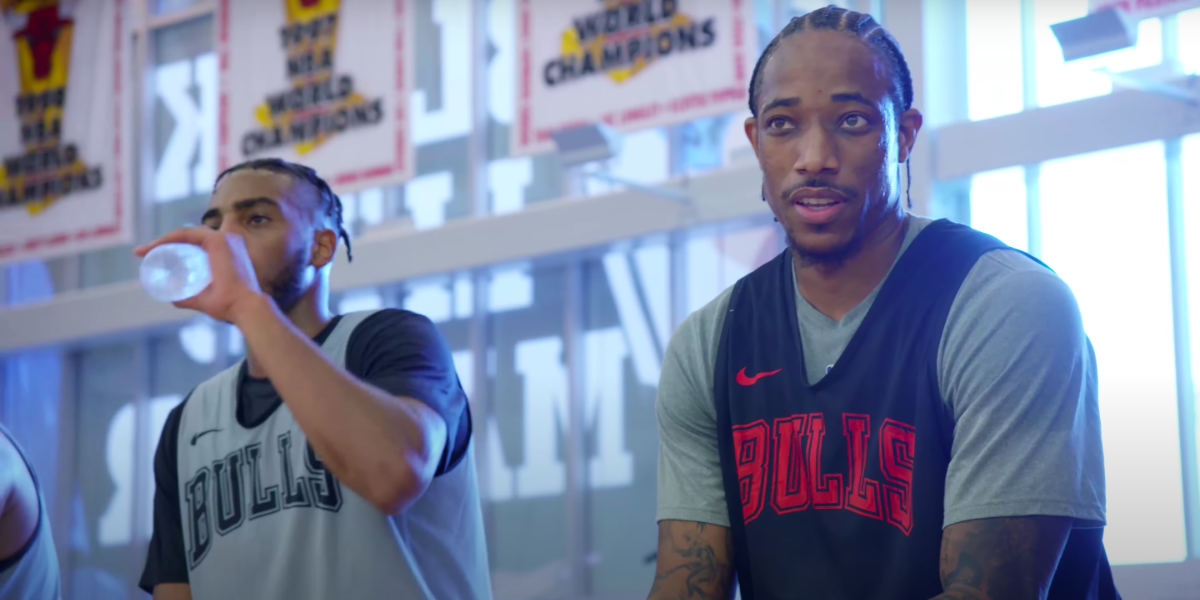 Instead of seasoning a classic superstar or starting it all from scratch, the Chicago Bulls front office is trying a new recipe.

Dating back to last season’s trade deadline, this organization has gone out of its way to add big-name players with a chip on their shoulder. DeMar DeRozan has been one of the top scorers in the league over the past eight seasons, but the recognition has come and gone, as has his team’s ability to add complementary pieces around him.

Likewise, Nikola Vucevic became one of the best centers in the NBA during his time with the Orlando Magic, but the rest of the roster failed to keep up. He has only 11 total playoff games under his belt, and his most recent trip in 2019-20 showed he was ready to play consistently on that heightened stage (averaged 28.0 points per game with 11.0 rebounds against the Bucks).

Lonzo Ball might be on the younger side, but the former No. 2-overall pick has seen the belief in him waiver over his four seasons in the league. The Los Angeles Lakers sent him to the New Orleans Pelicans as part of the Anthony Davis deal. Then, the Pelicans gave up on him two years later despite noticeable improvement each season of his career. As for Zach LaVine, I don’t need to say (type?) much. He was either seen as “just a dunker” or a “bad stats, good team player” for years on end. An All-Star nod last season helped shut up a handful of skeptics, but LaVine still sits without a single winning season on his resume.

Calling the team an island of misfit toys feels a bit dramatic. After all, a high-upside lottery pick or proven All-Star is far from a misfit. Maybe the team is more like the island of toys from grandma’s house? The old lady isn’t drowning in high-level toys, but she always has that one go-to to keep you occupied while she whips up a buttery casserole. Combine some of those go-to’s from Granny houses around the country, and you probably have yourself a fun selection. That’s basically what the Bulls did this offseason, and it sure sounds like it’s made everyone happy.

“For us, it was a great summer,” Vucevic said. “I think the front office was very aggressive and was able to get some very good players for us. It definitely put us on a different level and expectations are different but that’s what we wanted.

The Bulls’ big names all addressed the team’s new direction in the latest episode of BullsTV’s All Access. The video gives a great behind-the-scenes look at the team’s early preparation for the upcoming season. Normally, I’m hesitant to share or read into too much team-made content. Everything is always going to be spun into a positive to make the franchise look good (to be clear, I don’t blame anyone for that … it’s their job). But the latest episode of All Access does a pretty good job sharing genuine commentary from the team’s players and coaches on the challenges that come with combining high-usage talent.

Zach LaVine, specifically, did a good job outlining the mentality this new-look roster needs to have to go into a highly-anticipated season.

“I feel like the more players you play with that raise your game up, the better you can get, and I learned that at the Olympics,” LaVine said. “These are the top guys in the NBA; now, we have to sacrifice and give here and there for the greater good of the team of course. But that’s what you need to do to win, and I’m excited for that because if we’re all going to be stars in our roles, we’re all going to have to be okay with giving up a little and expecting others to do some as well.”

As the bonafide leader of this team, it’s incredibly important for LaVine to preach this narrative behind the scenes. He needs to take it upon himself to show his teammates what that sacrifice looks like. No one is doubting he will still get his opportunities, but the more he can lift up his teammates the better the product is going to be. At the end of the day, basketball is a team game, and while LaVine was asked many times to win it on his own in the past, he’s learned that isn’t a recipe for sustained success.

DeMar DeRozan will be another player who possesses a strong leadership role. As the oldest player on the roster with the most playoff experience, he can bring a valuable winning perspective LaVine has yet to develop. And it sounds like that is a key reason he chose to join this franchise in the first place.

“This is a team that is trying to win, trying to make something happen, and I want to be a part of that,” DeRozan said in the latest episode of All Access. “And I kind of love that underdog mentality as well. My whole career has been based on that and me just wanting to be a part of that and add to that with guys that have chips on their shoulder their whole career.”

I think it’s safe to say the hunger DeRozan radiates has already started to rub off on the team as a whole. The first preseason game was one of the most exciting stints of Bulls basketball Chicago has seen in years, but keeping that up is going to take a lot of hard work. Fortunately, though, it sounds like the team’s most important players are up for the challenge.

You can watch the full episode of All Access below (plenty of training camp footage and team bonding moments):