Lonzo Ball Showed the Bulls Exactly What They Wanted in the Preseason Opener, Just Ask His Teammates Skip to content 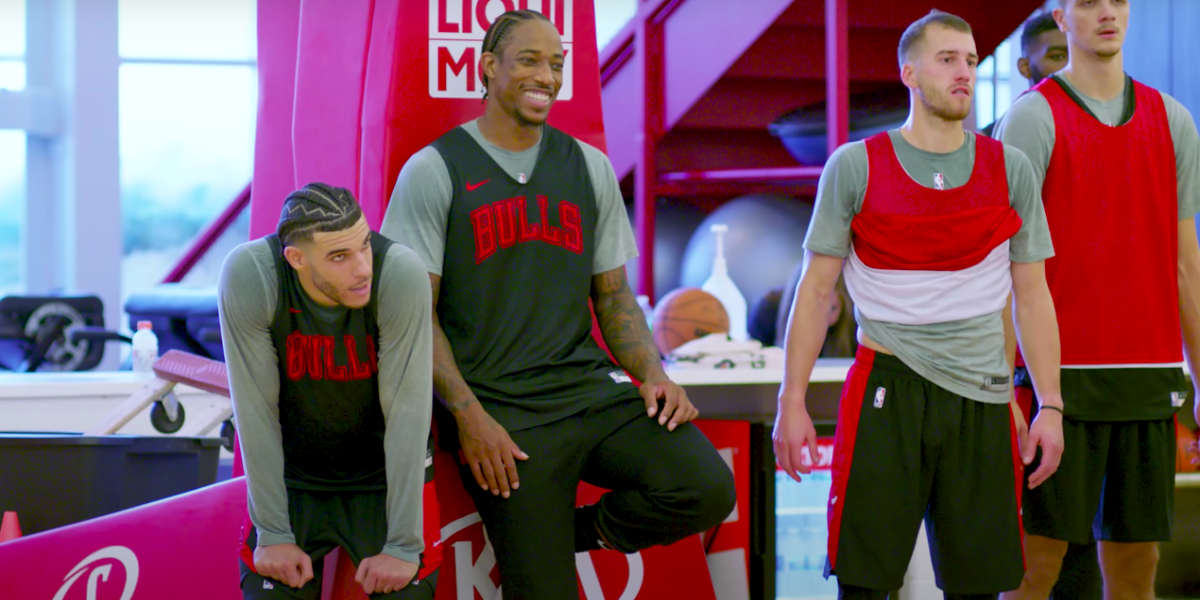 Lonzo Ball was not the leading scorer in his Chicago Bulls debut. He didn’t have a team-high in assists, and he didn’t make a significant impact on the glass. But – make no mistake – Lonzo Ball was arguably the best player on the floor.

The Chicago Bulls’ new franchise point guard made his presence felt from the opening tip. He was the kind of showrunner the organization has failed to find for years on end. Whether it be hitting Zach LaVine for the cutting dunk, finding DeRozan for the perfect midrange turnaround jumper, or simply making the quick upcourt feed to get the offense in motion, Ball was the waiter who ensured everyone got fed.

The 23-year-old set the pace on offense and set the tone on defense. He recorded 3 steals to pair with 2 blocks and only one personal foul. When Lauri Markkanen thought he could back down the point guard with his seven-foot frame, Ball bodied up and poked the ball away. When Collin Sexton used the Jarrett Allen screen to drive to the rim, Ball hauled his booty toward the cup to help Alize Johnson and swat the rock away. When the Cavaliers tried to get Darius Garland switched onto Nikola Vucevic, Ball fought around the screen to stay on the speedy point guard’s hip. On both ends of the court, Ball was the most engaged player of the night, and it didn’t go unnoticed in the locker room.

Two of Ball’s All-Star teammates couldn’t help but gush over his two-way ability after the team’s dominant 131-95 win. Zach LaVine was the first to take the podium, and he might as well have been in awe of his first taste alongside a real point guard.

“He gets the ball out of his hands so fast, such a high-IQ guy,” LaVine said. “I think we’re all in the right mindset of going out here and playing hard and setting the tone from the beginning, so it’s been a treat to play with him.”

While LaVine plays his own part in establishing that mindset, it’s Ball’s naturally unselfish play that takes it to the next level. His eagerness to find the open man and get the wheels in motion the moment he steps on the court is abundantly clear. He plays like a puppy who can’t wait to stick his head out the window to feel the wind in his hair. Except, well, he doesn’t carry the same anxious and excitable personality as a young pup.

“When you got a point guard with an IQ that’s unselfish as he is, it makes the game easier, and it makes it fun. It becomes contagious,” DeRozan told reporters. “You see the way we moved the ball tonight, it’s been like that all throughout training camp, and we expect it to keep getting better … It’s amazing. Hell of a player, talent. It’s fun, man, he makes it easy. What’s even better about it is he has the greatest most humble demeanor about him too.”

The Lonzo Ball Era in Chicago has only just begun, but it sounds like dominant scorers LaVine and DeRozan have waited a long time to play with a versatile lead guard like Ball. His contagious play and rare ability to make everyone else’s life easier is something that should only help this revamped roster click sooner than later. And, still just 23-years-old, it’s also something that should only help steer his career further in the right direction.