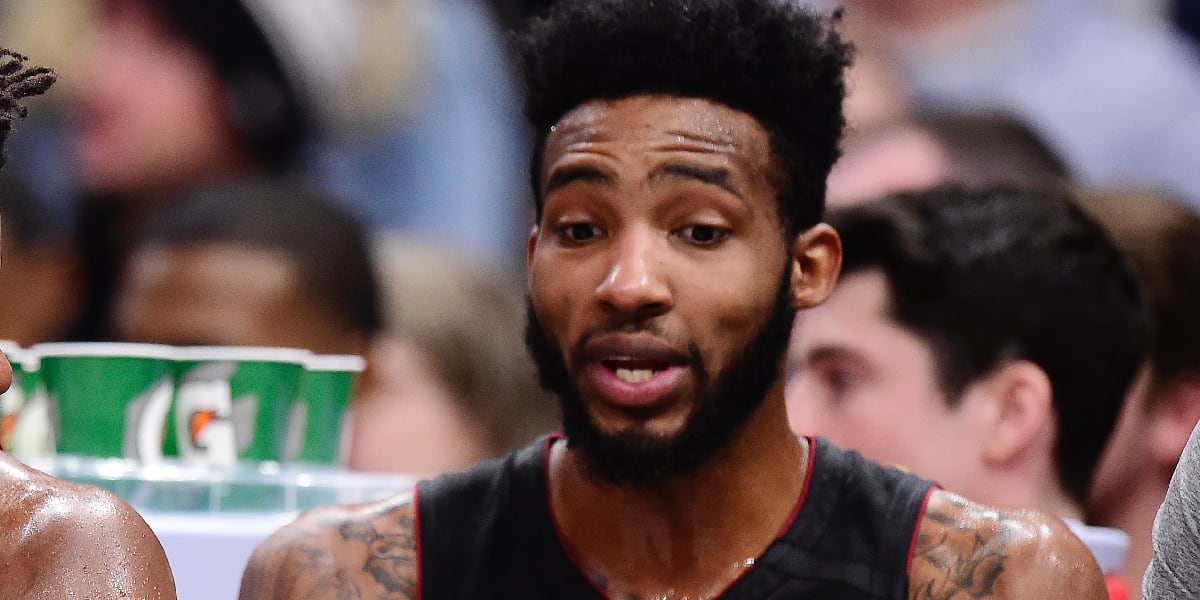 Believe it or not, one preseason blowout win over the Cleveland Cavaliers has yet to convince people around the league that the Chicago Bulls are NBA Finals bound. I know, crazy, right!?

Ever since the team’s explosive offseason settled, people have been hesitant to jump on board the Bulls bandwagon. Going all-in around veteran pieces like DeMar DeRozan and Nikola Vucevic, along with assets like Lonzo Ball and Alex Caruso, undoubtedly makes the team better, but how much better?

Well, according to The Athletic’s John Hollinger, a minuscule amount. The former front office executive projected the team to finish 11th in the East this season behind a 37-45 record in his latest preseason preview. Do you have the sudden urge to throw up too?

•   To be fair, Hollinger does at least classify an 11th-place finish as the “worst-case scenario.” He also writes that only a handful of games will separate those that fall within the play-in tournament (a group that includes the Bulls) and that “chance” could play the biggest role in deciding who lands where. Still, I’ve seen a handful of analysts point out a similar “worst-case scenario” for the Bulls. I’m not going to sit here and say things will not go south. With this team’s depth and expected reliance on high-level offense, one big-time injury can always derail the immediate future. But if projections are made with clean health in mind, I’m not sure how we can throw this squad outside the play-in tournament. Sure, bash the ceiling of this roster all you want, but the floor is so much higher. Sometimes I think we underestimate sheer talent, and while I know it’s silly to read too much into one preseason game, I do think the team’s dominant win over the Cavaliers reminded everyone just how much talent is now on this roster. If last year’s squad can be in the mix, I feel comfortable saying this one will be … especially if everyone has DeRozan’s mindset (#ContentPlug).

The Bulls Should Lean on DeMar DeRozan’s Mentality and Experience This Seasonhttps://t.co/DjVshPgeuC

•   ESPN Zach Lowe went a different route with his rankings and put all 30 teams into tiers. He placed Chicago alongside the Knicks, Hornets, and Grizzlies as the top threats to escape the play-in tournament this season (aka crack the top 6). See, this feels far more reasonable. Lowe seems to suggest the floor for the Bulls is a 7-10 slot, but the additions this summer created the potential to move up the East ranks. I think this is the safest and arguably more reasonable prediction to make.

•   The Chicago Bulls will welcome the New Orleans Pelicans for Game 2 of the preseason. Zion Williamson is expected to be sidelined while Brandon Ingram is currently listed as questionable with a knee injury. As for Chicago, they will still be without two key rotation players in Coby White and Patrick Williams, but Derrick Jones Jr. and Marko Simonovic should make their preseason debut. The status of backup center Tony Bradley is still up in the air.

•   I’m excited to get a closer look at DJJ tonight. Head coach Billy Donovan suggested that he was getting some run with the starters in practice due to Williams’ injury, and the expectation should be that he plays a lot of backup power forward this season. He may not be the most physical guy out there, but his combo of elite athleticism and length gives this team a high-upside switchable defender. Honestly, I’m bullish on the role he can play within the confines of Donovan’s system. He can be a strong multi-positional defender on one end and a threatening slasher on the other. Not to mention, he should have no problems getting out in transition with this group.

•   Another reserve worth getting excited about: Alex Caruso. He showed fans even more than we anticipated on Tuesday night, and I’m glad Donovan opted to keep him in his off-the-bench role as opposed to taking the open spot in the starting lineup. Caruso will get his fair share of minutes with the starters in closing situations, but the team needs him as the second unit leader. Anyway, K.C. Johnson spoke with Caruso about his role, so give it a read.

In advance of the second preseason game Friday, it certainly sounds like Alex Caruso is poised to become a fan favorite at the United Center.

Caruso on the reception in the opener, and plenty more, for ⁦@NBCSChicago⁩: https://t.co/SniTeWQL7z

•   Length and effort can go a long way in making this a serviceable defensive unit.

(3/3) The one area where they don't switch is with Vucevic. Point of attack defense has to be good to make their drop work with him. Ball's screen navigation + ball denial was pretty good in the opener.

The Chicago Bulls Are Switching Back to Wearing White Jerseys at Homehttps://t.co/OlIpd1s1WJ

•   Give yourself more credit, Vooch.

The Urban Meyer’s Drama is Too Bonkers to Ignorehttps://t.co/blQKF3LXTs

•   Blackhawks are going to need a big season out of Jones.