Lonzo Ball is that Dude, the Defense Continues, Offensive Freedom, and Other Bulls Bullets Skip to content 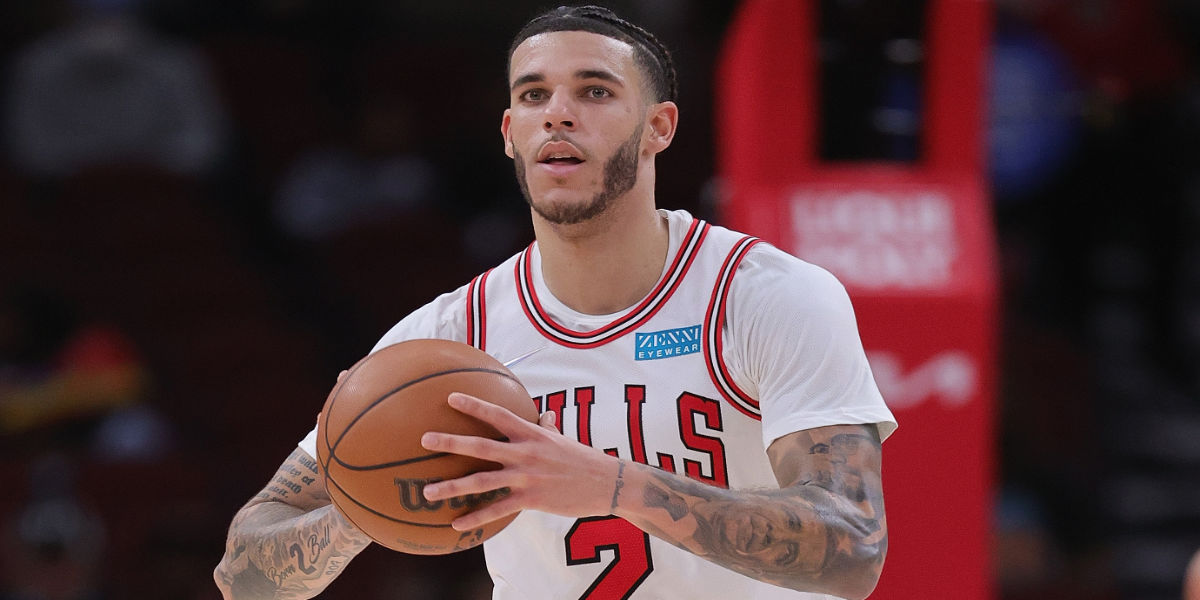 Since I missed a good chunk of the Bulls game last night, I grabbed myself a fancy donut with a nice cold brew and sat down for a re-watch. I got to say, it was quite a pleasant way to spend my Saturday morning. 10/10 recommend.

•   Through two preseason games, Lonzo Ball has shown fans exactly why he was priority No. 1 for Arturas Karnisovas and Company. He has been the catalyst of the team’s free-flowing fast-paced offense that has now blownout opponents two games in a row. Yes, it’s the preseason. And, yes, the competition has been lackluster at best. But back-to-back 36-point victories is nothing to scoff at. The foundation of a top-tier offense is staring us in the face, and while the scoring prowess of Zach LaVine, DeMar DeRozan, and Nikola Vucevic is a big reason why, it’s the lead guard capabilities of Ball that have connected all the dots. Just ask his teammates.

•   I’ve been hesitant to go as far as to say Ball would experience a true breakout campaign during his first season in Chicago. While his ability to set the pace on offense and tone on defense would be even more appreciated in Donovan’s system, I thought the lack of potential scoring opportunities could hold him back from a full-blown “breakout.” However, after watching what he did in last night’s game, I may have to reconsider the potential.

•   Ball got rid of the shooting concerns last season with a second-consecutive year averaging 37.0 percent from downtown, but his jumper arguably looks even better so far. He shot 5-6 from downtown last night against his former team, pulling up confidently and quickly from some serious range. It’s becoming clear that opportunities as a C&S shooter and cutter are going to be extremely plentiful in this offense, so he may be in for even more big scoring nights than I initially anticipated, especially with opposing defenses paying so much attention to the other offensive weapons.

Make yourself at home, Zo 🎯

•   Speaking of defense, the Chicago Bulls played it for the second-straight game. I know, I can’t believe it either! The competency they have shown on that end of the floor through their first two games isn’t enough to get rid of all the concerns that surround this group, but it should make us feel better about their potential to be closer to a league-average defense than a league-worst. The buy-in on this side of the ball is real, and I don’t anticipate it going anywhere thanks to the offensive production these players have seen it generate.

•   The team forced the Pelicans into 19 turnovers and scored an impressive 31 points off those turnovers. After the game, Donovan pointed toward the team’s length, high IQ, and positioning as a reason why they can be problematic for opposing teams.

“Lonzo is very long, Alex Caruso is long, LaVine is long, DeMar is long, they have great wingspan and they can cover a lot of ground and get in passing lanes,” Donovan said after the game. “I think so much of our defense has to be based on positioning. When we’re in good position and those guys get their length involved, that’s where I think we can be disruptive. And they got good hands. They can slap down, they generate a lot of steals and loose ball opportunities.”

•   The positioning is huge. If effort is half the battle on defense, simply knowing where to be is the other half. The Bulls have done a great job rotating and closing out thus far. Vucevic, specifically, is someone I think deserves more credit for his ability to be in the right place at the right time. A lumbering presence who is far more skilled than athletic, he has consistently been knocked for his lack of high-level rim protection (which, to be clear, is fair). However, he has stuck his seven-foot frame in the right spot time and again in this drop system. He can still certainly be exposed, but the addition of better on-ball defenders like Ball and Caruso will make his life even easier this season.

•   When you have so many gifted offensive players, this might be the best approach. Don’t overthink the system and let them dictate how they want to play off one another. More freedom should keep everyone happier.

Billy Donovan wants to give Lonzo Ball, Zach LaVine and DeMar DeRozan freedom to "get organized" into offensive sets.

Any time spent looking at Donovan on the bench for a play call is slowing the #Bulls down in Donovan's mind. Donovan likes "some randomness."

It’s become clear during camp that Lauri Markkanen, Jarrett Allen, Evan Mobley, and yes, Kevin Love are four of #Cavs best players & have solidified a spot. But there’s only so many minutes at 4/5.

One option: Markkanen at the 3 in a “big-ass lineup”https://t.co/oCPM2A78wh

•   Get caught up before tomorrow’s game.